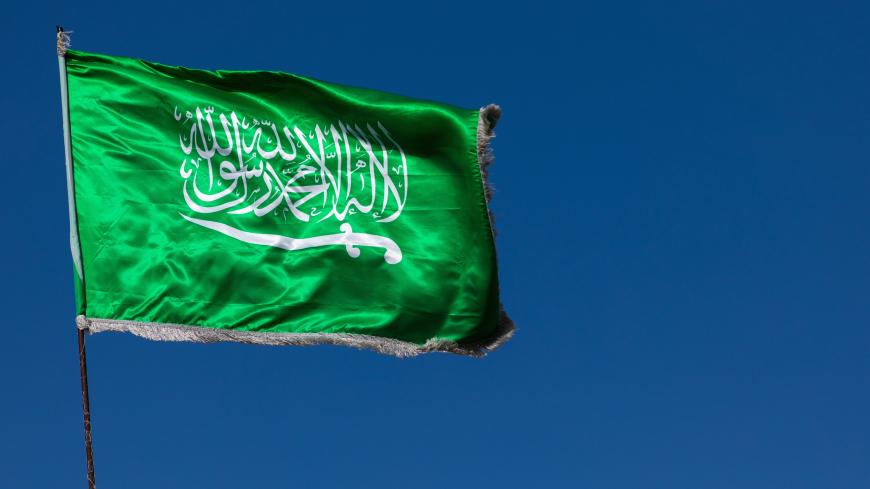 The Saudi Arabian flag flies in the wind against clear sky in the Red Sea port of Yanbu, Saudi Arabia, Dec. 26, 2019 . - Eric Lafforgue/Art in All of Us/Corbis via Getty Images

Dozens of Palestinians in Saudi Arabia are being tried before Riyadh’s special terrorism court for their perceived links to the Hamas movement in Gaza, according to press reports.

Of the 68 defendants whose trials began Sunday, most were Palestinians arrested in April 2019, along with some Jordanians, according to the reports.

A wave of arrests targeting Palestinian students, academics and businessmen in Saudi Arabia began in February 2019. Amnesty International says that those detained have since been held without charges or access to legal representation, and that some were subjected to solitary confinement.

The Saudi government has not officially commented on the arrests or trials.

Those arrested include Dr. Mohammed al-Khodari, an 81-year-old doctor who is the official representative of Hamas in Saudi Arabia, and his son, Hani. As Al-Monitor previously reported, Kuwait had agreed to negotiate for the release of the detainees, including Khodari, who holds dual Kuwaiti-Palestinian nationality.

In September, the Geneva-based Euro-Mediterranean Human Rights Monitor told the United Nations Human Rights Council that it had the names of about 60 Palestinians subjected to enforced disappearance in Saudi Arabia.

She and at least 12 other women were imprisoned in May 2018 over their activism, including campaigning for women’s driving rights and pushing to end male guardianship in the country.