As Egypt faces a decrease in its water share as a result of the Grand Renaissance Dam construction in Ethiopia, parliament is now focusing on reducing the domestic use of water through laws and awareness campaigns. 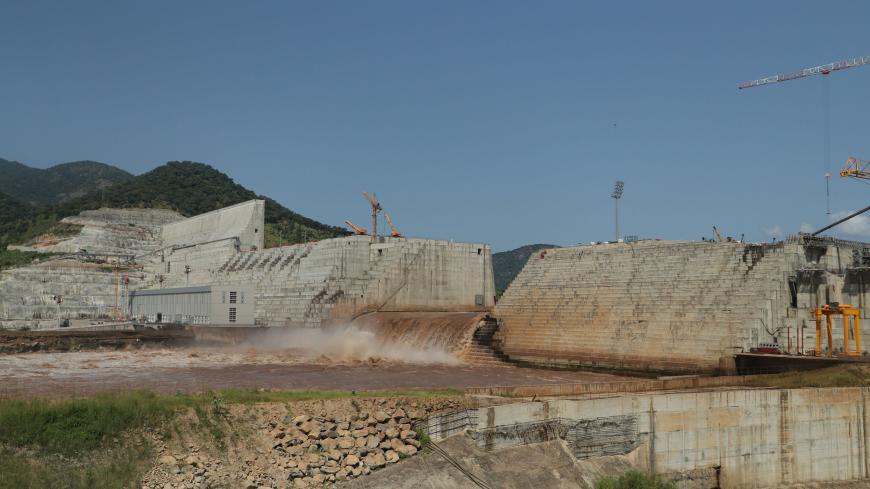 CAIRO — Ever since reports emerged about the construction of the Grand Ethiopian Renaissance Dam (GERD) and the implications of such a project on Egypt’s water share, there has been a parliamentary tendency supported by the state to enact laws aimed at rationalizing water consumption with the aim of confronting the water shortage plaguing the country.

The Egyptian House of Representatives is to pass legislation in the coming period in line with the state’s vision to rationalize water consumption and counter the effects of GERD. Chief among these is the Irrigation and Water Resources draft law, Hisham el-Hosary, a member of parliament and head of the parliamentary Agriculture and Irrigation Committee, told Al-Monitor over the phone.

He said that parliament has been discussing this bill recently and is to pass it within two weeks. The government had submitted the bill in August 2018.

Hosary explained that the draft law will optimize the use of existing water resources, develop the irrigation system, tackle the encroachments on the Nile, impose harsher penalties on violators and use groundwater more effectively.

He added that these new laws come due to the state’s great interest in plans to rationalize water consumption, in light of the population increase and the resulting decrease in the per capita water share. Egyptians, he said, tend to consume water for useless purposes such as spraying streets and washing cars.

According to Hosary, the new laws seek to impose heavy penalties on individuals who use water irresponsibly, in a bid to manage the current water share more effectively. He noted that the issuance of the Agriculture Law in 2018 was the first sign of the state’s plans to overcome water shortages, as it provided for the reduction of the cultivation of water-intensive crops, most notably bananas, rice and alfalfa.

On May 21, 2018, Egyptian President Abdel Fattah al-Sisi issued Law No. 34 of 2018, which amended the Agriculture Law No. 53 of 1966, after it was approved by the House of Representatives. These amendments give the ministers of agriculture and irrigation new powers, the most important of which is the prohibition of cultivating water-intensive crops in specific areas.

This law also stipulates that the minister of agriculture and land reclamation, in coordination with the minister of water resources and irrigation, issues decisions defining areas for the cultivation of specific agricultural crops. It also imposes a prison sentence of no more than six months in case of violation and a fine ranging between 3,000 Egyptian pounds ($192) and 20,000 pounds ($1,280) per acre.

The law obliges violators to eliminate the infringement at their own expense.

“The state is in dire need of these laws, especially after the Renaissance Dam negotiations have stalled and reached a critical level. The government is launching campaigns aimed at educating citizens about the importance of rationalizing water consumption, and these laws are receiving widespread support from the state because of their importance,” Hosary said.

On Feb. 26, Ethiopia announced that it would not attend the signing session of the Renaissance Dam Agreement, which was scheduled for Feb. 27-28 in Washington. Egypt signed the agreement alone and issued an official statement on March 1, in which it accused Addis Ababa of deliberately skipping the meeting to impede the course of negotiations.

Egypt is trying to avoid a major water crisis by issuing such legislation. Its share of the Nile has been reduced by 5 billion cubic meters in 2019 and is expected to further decrease with the completion of the construction of GERD, according to Hosary.

In July 2019, Minister of Water Resources and Irrigation Mohamed Abdel Ati announced a nationwide state of emergency and said that several violations related to rice cultivation have been reported. This came in the framework of reducing this agriculture due to its heavy dependence on water.

On Feb. 6, the Fayoum Directorate of Agriculture organized a training course in the field of the rationalization of irrigation water use.

Rabih Mostafa, head of the directorate and undersecretary of the Ministry of Agriculture, highlighted the need to rationalize the use of water in agricultural activities and noted that the ministry has developed a plan to address the challenges of water shortage and rationalize its consumption for agriculture purposes through the use of modern farming methods such as greenhouses and modern irrigation methods such as dripping and sprinkling.

Parliament Speaker Ali Abdel Aal said on April 22, 2018, in a session dedicated to discussing the agriculture law, “We must take into consideration water poverty in Egypt.”

On Jan. 1, Abdel Aal discussed with Prime Minister Mustafa Madbouly the ministry’s plan of action to rationalize water by reducing the cultivation of rice crops and applying modern irrigation techniques in cooperation with the Ministry of Agriculture.

Ammar Ali Hassan, professor of political science at Cairo University, told Al-Monitor over the phone that he believes the government is fully entitled to raise awareness of the need to rationalize water consumption and impose laws that punish wasting water.

However, he also stressed the need for a decisive stance on Ethiopia’s construction of the dam and the fact that it chose to overlook the rights of Egyptians and the severe implications of the dam on Egypt.

Hassan added that rationalizing water and enacting laws to prevent wasting water is a good thing, but this does not justify the government's inaction as far as GERD negotiations are concerned.

Citizens should not bear the cost of the state’s mismanagement of the dam issue, let alone its inaction in defending the rights of Egyptians as far as water security is concerned, he concluded.