In the coming weeks, President Reuven Rivlin will have to decide whether he wants to go down in history as the first president to offer the leadership of the state to an elected official accused of bribery, fraud and breach of trust. 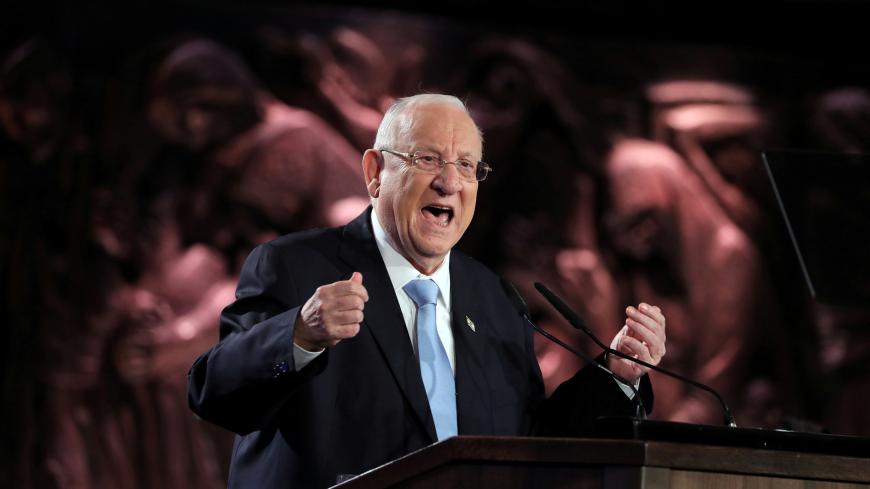 Election campaigns by their very nature are an exercise in uncertainty, Chief Justice Esther Hayut opined in December 2019 in explaining why the top court would not rule on the question of whether an elected official under criminal indictment can be tasked with forming the government of Israel. Hayut and the other two justices on the panel adopted the position taken by Attorney General Avichai Mandelblit who argued that a petition by 67 high-tech entrepreneurs represented by Attorney Dafna Holtz-Lachner was theoretical and premature given that elections were only scheduled for March. The justices were unimpressed with the petitioners’ warning of the chaos that would ensue on the day after the March 2 Knesset elections, should Mandelblit rule that an elected lawmaker under criminal indictment cannot be tasked with forming the country’s next government. The elections are now over, indicted Interim Prime Minister Benjamin Netanyahu has a clear lead and chaos is already here.

With voters having failed to pull these chestnuts out of the fire (offering Netanyahu the lead), the issue reverts to the legal arena. A petition filed the day after the elections argued that Netanyahu could not be tasked by President Reuven Rivlin with forming the next government, and sought a Supreme Court injunction suspending the process. On March 4, the court once again rejected the petition as premature given that official election results had not yet been issued and that Rivlin had not started conferring with the newly elected Knesset faction leaders on the issue. Nonetheless, the justices will likely be asked to delve into the matter within days.

The petitioner, the Movement for Quality Government, asked the court to delay the procedure under which the president gives the nod to the lawmaker recommended by most Knesset factions — pending an opinion on the required criteria for recommending a candidate to the president. The petitioner reminded the justices that Netanyahu was currently not an elected prime minister (having served as interim prime minister since the 20th Knesset was dissolved in December 2018), only a rank-and-file Knesset member bound by the same rules of eligibility that apply to all elected officials accused of serious crimes. Therefore, he cannot be eligible to form a government and run it, the petitioner argued.

The petitioner also wondered how Netanyahu could conduct the affairs of state while having to attend court several times a week for full days of trial deliberations. Not only that, any decision made by the accused leader would be tainted by an inherent conflict of interest, with the public unable to know whether decisions, appointments and even legislation he instigates are in the best interests of the state or in his own. Several appointments of top gatekeepers and law enforcement officials are coming up this year, chief among them of the police commissioner, state attorney and Knesset legal adviser. The High Court will have to address the question of whether an official under criminal indictment for bribery, fraud and breach of trust can be tasked with making such appointments.

It is worth noting that law enforcement authorities and auditors have not said the final word on several other serious affairs in which Netanyahu is a suspect, including the SeaDrift shares he bought in 2007 at a 95% discount and the funds he received from his American cousin Nathan Milikowsky. Questions also linger over his role in the affair involving the sale of German submarines and other naval craft to Israel and Egypt. While all these affairs, as well as the indictment filed against Netanyahu and his upcoming trial scheduled for March 17, were widely reported and known, every second Israeli — and two-thirds of the Jewish ones — voted for the party he leads. Their votes point to growing public distrust of the state’s law enforcement and judicial systems. The Likud party’s surprising election achievement further boosts the campaign of incitement against these authorities orchestrated by Netanyahu and his yes-men, Justice Minister Amir Ohana and Knesset members David Amsalem and Miki Zohar.

Having failed to avoid prosecution with the help of tailored immunity legislation, Netanyahu is left with two options: a delay in the legal proceedings against him and a presidential pardon. Netanyahu ruled out a third option of a plea deal that would involve an admission of guilt and withdrawal from politics. The law allows the attorney general to delay legal proceedings only on “unusual grounds stemming from unusual circumstances regarding the offense itself or from special personal reasons of the accused.” But the term “special circumstances” opens the door to broad interpretation and flights of fancy — for example, a state of war, peace talks, an epidemic or road closures by a million demonstrators.

A hint of such a possibility was provided in a November 2019 Haaretz opinion piece by retired Judge Uri Shtruzman, who chaired the Likud party’s Central Election Committee. Shtruzman proposed postponing the legal proceedings until the end of Netanyahu’s term as prime minister. (His current term? Eighth term? 10th term?) He cited the Supreme Court’s 2004 rejection of petitions demanding that Attorney General Menachem Mazuz indict then-Prime Minister Ariel Sharon on charges of bribery (in a case known as the “Greek Island”). In a 6-to-1 majority opinion, the justices dismissed the petitions out of hand arguing that prosecuting an incumbent prime minister could affect the running of the state. “This could have a dramatic effect on current policy, at least as regards political and public acts,” the judges wrote, “and thereby also on the situation of many people in the public sphere.”

Justice Mishael Cheshin, who wrote the dissenting opinion, told Haaretz in May 2006 that “at that time, the whole nation wanted an outcome in which Sharon would not stand trial, because of the disengagement plan. And if Sharon had stood trial, there would have been no disengagement.” Cheshin was referring to Sharon’s decision to pull Israeli settlers and troops out of the Gaza Strip — “special circumstances,” indeed.

The option of a pre-trial presidential pardon, based on a precedent set by the pardon of Shin Bet security agents accused of beating to death a Palestinian bus hijacker and covering up the affair (the 1984 Bus 300 affair), would also entail Netanyahu’s withdrawal from politics, a move that could pave the way to a unity government with the centrist opposition Blue and White party. However, in the coming weeks Rivlin will first have to decide whether he wants to go down in history as the first president who entrusted an elected official under criminal indictment with leading the state.

On the eve of the elections, Rivlin was handed petitions by various individuals, among them decorated officers, professors, business people and Israel Prize laureates, begging him not to entrust Netanyahu with the task. “Just as it would be inconceivable to appoint an accused criminal to serve as a doctor, teacher, army officer, government minister or community rabbi,” one of the petitions said, “it is inconceivable to task him with forming a government.” Nonetheless, the almost final election tallies indicate that at least 2,204,172 Israeli citizens — Likud, Shas, Yahadut HaTorah and Yamina voters — find it totally conceivable. They have had their say. Nonetheless, on the other side of the political divide, 62 newly elected lawmakers have the power to close the legal loophole through which the accused Benjamin Netanyahu is trying to infiltrate the prime minister’s office and take up office for good.