The Aya Khatib affair has not only divided Israeli Arab society, it is also haunting the political prospects of the Blue and White and its ability to cooperate with the Joint List. 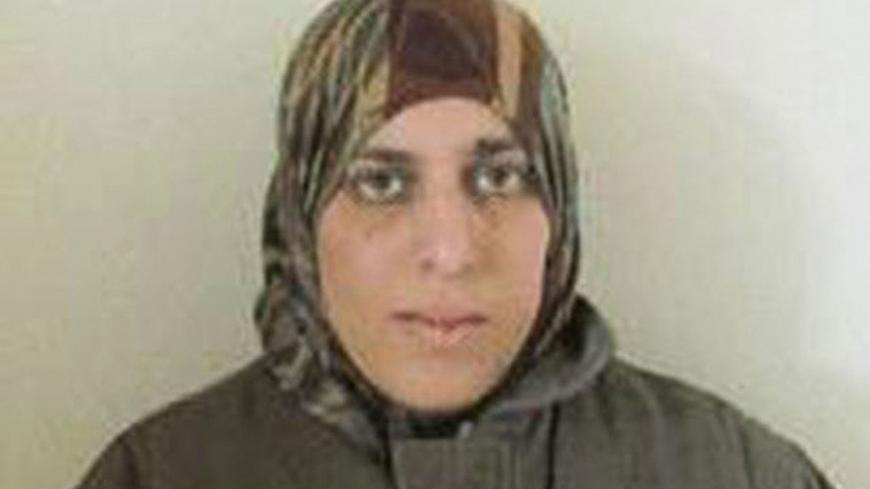 Aya Khatib, an Arab Israeli woman charged with working for Hamas, is seen in an undated picture. - Shin Bet

Aya Khatib, a resident of the Israeli town of Arara and an activist in the Northern Branch of the Islamic Movement, was recently charged with spying for Hamas and transferring hundreds of thousands of shekels to the group to finance terrorist activities, including the digging of tunnels along Gaza’s border with Israel.

According to Shin Bet, Khatib used her volunteer work on behalf of Palestinians receiving treatment in Israeli hospitals and her humanitarian aid efforts on behalf of Gaza residents to collect intelligence about Israel Defense Forces troop movements. She also transferred equipment to Hamas' military wing and collected considerable amounts of money for the organization. Furthermore, Khatib is alleged to have taken advantage of her position to coerce ailing Palestinians receiving treatment in Israel and in hospitals in the West Bank to transfer materials to Hamas in Gaza. She reportedly provided detailed confessions during her interrogation, and her cell phone contained detailed notes that revealed a close relationship to Hamas activists Mohammed Filfel and Mahmoud Halawa. The March 18 letter of indictment against Khatib cites relaying information to the enemy with the intent of harming state security, contact with a foreign agent and various other crimes listed in the Fight against Terrorism Law.

This is not the first attempt by Hamas to recruit Israeli Arabs. Col. (res.) Michael Milstein, head of the Forum for Palestinian Studies at the Moshe Dayan Center, told Al-Monitor that since Operation Protective Edge (2014), Hamas has successfully recruited 20 to 30 young Israeli Arabs. “Khatib was a member of a cell with many other members,” said Milstein. “What makes this so unusual and so daunting are its scope and the length of time during which she operated.”

Since Khatib's arrested on Feb. 17, Israel's Arab community has been conflicted over whether to support Khatib, with divisions being aired in public. On March 6, senior members of the Islamic Movement demonstrated in support of Khatib in Acre. Various Arab mayors as well as Joint List Knesset members Yousef Jabareen (Hadash) and Iman Khatib (Ra’am) also participated. In addition, Iman Khatib attended a court proceeding to show her support for the accused. In a statement outside the courthouse, she referred to Aya Khatib as “a wife and mother of small children,” adding, “All she did was to be there with needy and poor people, in order to give them a little respect. So, if they call that terrorism, I wish them all the best.”

On the other hand, Joint List Knesset member Aida Touma-Suleiman (Hadash) has not demonstrated or expressed support for Aya Khatib. This led Kamal Khatib, deputy chairman of the Northern Branch of the Islamic Movement, to attack Suleiman on Twitter, wondering why a Knesset member who had headed the parliamentary Committee to Advance the Status of Women would not show support for an Arab woman under arrest. He tweeted sarcastically, “Who will inform the chairwoman of the Committee to Advance the Status of Women, Knesset member Aida Touma-Suleiman, about something she apparently hasn’t heard — that a Palestinian woman from the village of Arara, the mother of two children, has been under arrest for over a month and held in the Israeli intelligence service’s prison.”

Suleiman was not, however, alone. Under attack by Kamal Khatib, she received the support of women’s and LGBTQ rights groups, including a petition calling on the High Follow-up Committee for Arab Citizens of Israel to remove Kamal Khatib from his position as chairman of that group’s rights committee. Thus far, Hadash has not released a statement, but a former Knesset member for the party told Al-Monitor that it will soon issue a public response to Khatib’s attacks on Suleiman. Jabareen has also withheld from commenting on the matter.

Because news about the COVID-19 pandemic has overwhelmed the media, the story of an Israeli Arab woman being a member of a terror cell that spied on Israel and transferred money to Hamas has not received much attention in Israel. Nevertheless, many on the right, which constantly accuses Joint List parliamentarians of supporting terrorism, have been using the episode to attack Blue and White Chairman Benny Gantz on social networks. Some tweeted about the statement by Iman Khatib, elected in March to the Knesset and the first woman in the legislature to wear a hijab. A Twitter user named Maor Tzemach tweeted on March 15, “It is time to wake up! While the Joint List recommended Gantz to be tasked with forming a government, an elected member of Knesset, Iman Khatib-Yasin, demonstrated in front of the Acre court this morning against the arrest of Aya Khatib, who is accused of transferring money to the terrorist organization Hamas.”

Others have used the incident to offer scathing criticism of groups on the left that they claim helped raise money for ailing Palestinians together with the Northern Branch of the Islamic Movement. If there are any new developments in this regard, which would represent a serious security breach, criticism of Blue and White will likely increase not only on the right but even among party supporters.

The incident also has implications on attitudes in Israel toward the Northern Branch of the Islamic Movement, which was outlawed in 2015. At one time, the conventional wisdom held that the decision to ban the organization had resulted in the movement somewhat moderating its positions. Now, however, the involvement of Northern Branch members in the Aya Khatib affair suggests that the movement has not changed.

The Aya Khatib story is also further evidence that an arrangement with Hamas being promoted by Prime Minister Benjamin Netanyahu’s government in regard to Gaza is doing nothing to persuade the Islamist organization to refrain from terror-related activities in the West Bank and Israel. “As far as Hamas is concerned, there is no contradiction,” Milstein told Al-Monitor. “They are negotiating with Israel over calm in Gaza, but they still carry on as usual in the West Bank and Israel.”

What about the Israeli government? Does it also see no contradiction between negotiating a long-term truce with Hamas while the organization continues to run cells collecting money for its operations in the West Bank and Gaza? Blue and White has frequently been critical of what they view as Netanyahu’s conciliatory attitude toward Hamas and his efforts to reach an arrangement with the group. Given the support that several Joint List Knesset members have expressed for an Israeli citizen who helped Hamas engage in terrorism, it will be harder for Blue and White to defend continuing its political partnership with the Joint List. This is especially true given the criticism of this support from right-wing Blue and White members Yoaz Hendel and Zvi Hauser.

Furthermore, what the story of Aya Khatib shows is that support for security prisoners, Palestinian and Israeli alike, is not limited to Knesset members from the Balad faction. This episode will continue to haunt the Blue and White and other groups in Israeli politics that advocate for political cooperation with the Joint List.