The appointment of Arab Knesset member Aida Touma-Suleiman to head the Welfare and Labor Committee generated racist reactions and incitement to hatred, but she is not upset. 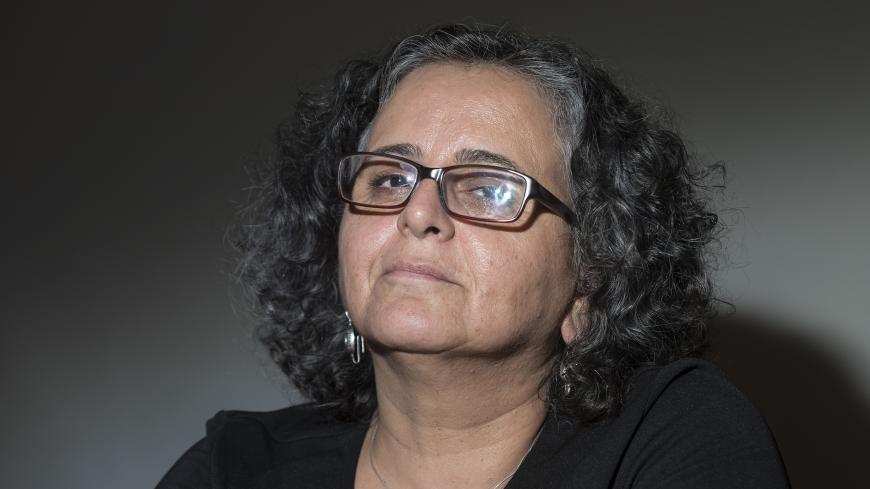 On March 23, two Arab Joint List lawmakers were appointed to head Knesset committees: Knesset member Mansour Abbas, the head of the Islamic Ra’am party, will serve as the chair of a special committee to tackle crime in Arab communities, and Knesset member Aida Touma-Suleiman will chair the Labor, Welfare and Health Committee.

Touma-Suleiman’s appointment generated racist reactions not only on the part of right-wing Knesset members, but also from organizations advocating for disabled Israelis and bereaved families, inculcated by Prime Minister Benjamin Netanyahu and his friends with the message that Arab lawmakers are “terror supporters.” Minister of Social Equality Gila Gamliel went so far as to say in a television interview, “An Arab woman from the Joint List cannot head the Welfare and Labor Committee.” Does the minister of social equality not realize the irony?

To Gamliel’s credit, in 2017 she was instrumental in pushing through an unprecedented 15 billion shekel ($4.3 billion) five-year plan for the economic development of the Arab population, an initiative on which she cooperated with Joint List Knesset members Ayman Odeh and Ahmad Tibi. Why, then, does she now recoil at the appointment of an Arab colleague to chair a Knesset committee? Her reaction may be an expression of the constitutional crisis in which Israel is mired, as reflected in Knesset Speaker Yuli Edelstein's decision this week to violate a Supreme Court order to convene the plenary to choose his successor. Gamliel’s behavior also reflects the political right’s persistent delegitimization of the Joint List, made all the more intense by its electoral successes in the recent election cycles. On March 2, the Joint List won 15 Knesset seats, making it instrumental in blocking the formation of a Netanyahu-led right-wing/ultra-Orthodox government coalition. In its frustration over the loss of its Knesset majority, the right is taking up the ugly weapon of racism.

Gamliel’s remark testifies to Netanyahu’s success in imbuing his followers with the message that members of the Arab Joint List do not count as part of the center-left Knesset majority, which garnered 61 seats in the 120-member legislature in the March 2 elections. As Foreign Minister Yisrael Katz “explained,’’ the democratically elected representatives of Israel’s 21% Arab minority are nothing but “terrorists in suits.”

Opponents of Touma-Suleiman’s appointment point to the fact that her committee is tasked with such matters as the welfare of bereaved families, victims of terrorism and disabled army vets. Meir Indor, the chair of Almagor, an advocacy group for victims of terrorism, called her appointment a “dark day for the victims of terrorism.” Indor said the fact that families who have lost loved ones to Palestinian terrorism will have to plead their case for benefits before Arab Knesset members “who have expressed sympathy for murderers is a terrible thing.” The Disabled Veterans Organization urged Knesset member Benny Gantz, leader of the center-left bloc and a former chief of the Israel Defense Forces, to void the appointment. “We implore you as disabled IDF vets, do not take another step in that direction!!” the organization wrote. “How will you be able to look us in the eye, we who have sacrificed body and soul for the state while you cooperate with those striving to destroy our state?”

Netanyahu, by the way, shared the letter on his Twitter feed, writing, “Shame.” This is the same Netanyahu who whitewashed the racist Kahanist Otzma Yehudit (Jewish power) party ahead of the 2019 and 2020 elections, offering several tempting jobs to its chair Itamar Ben-Gvir, including an ambassadorial appointment, so that he would drop out of the race and throw his support behind the Likud. Only recently did Ben-Gvir take off his living room walls the portrait of his hero, Baruch Goldstein, who massacred Muslims praying in the Hebron Cave of the Patriarch, killing 29 of them in 1994.

Netanyahu and his ilk are inciting to hatred of Touma-Suleiman simply because she is an Arab. Her detractors refuse to credit her diligent performance in public life over the years and in the legislature over the past five years. For example, she established the first shelter for abused women in the Arab sector, she fought against the pervasive marriages of underage girls and she demanded equal membership for women in the top body representing Israel’s Arab communities.

She won praise for her leadership of the Knesset Committee for the Advancement of Women and Gender Equality (2015-2019), not only in advocating for Arab women but for women in general, Jewish, Muslim and Christian. She also helped women trafficked to Israel for prostitution, and dealt with issues related to ritual baths serving religious and ultra-Orthodox Jewish women.

“My appointment to head the important committee is certainly due to the impressive achievement by members of the Joint List,” she told Al-Monitor. “But it is also a political statement. Enough with the incitement. We are legitimate representatives elected in democratic elections and we deserve the right to make good on our achievement.”

The Joint List, she said, represents a broad swath of disadvantaged Israelis and it is therefore only natural that she heads a committee tasked with caring for the weak and improving their lot, Arabs and Jews alike. “When I headed the Advancement of Women Committee, I had a clear agenda of serving as the voice for the disadvantaged in Israeli society,” she said. “All the organizations attacking me now are using slogans coined by Netanyahu and his people. They are actually a political tool Netanyahu is using in light of his situation and political loss.”

Members of Netanyahu’s right-wing/ultra-Orthodox bloc of parties are boycotting the newly empaneled Knesset committees. “They [the new Knesset members from the ultra-Orthodox and right-wing parties] were elected by a certain public that has problems, which should be brought to the committee’s attention in order to find solutions and answers,” she said. “So, rather than accepting the decision of the voters and presenting their voters’ distress to the [welfare] committee, they choose to be paid to do nothing and boycott the committees. They will have to account for this to their voters, I think. Anyone who wants to join me is welcome, and anyone who wants to boycott — I promise to deal fairly with the public they are supposed to represent.”

The Knesset committees were only formed March 23 after the Supreme Court intervened to block the speaker’s undemocratic suspension of the legislature and ordered him to allow the newly sworn-in lawmakers to get to work. Edelstein’s defiance of the court was particularly severe in light of the war being waged against the COVID-19 epidemic and the surging unemployment that has affected some 20% of the workforce. This is exactly the time for the Knesset’s Welfare and Labor Committee to address the distress of small businesses, families and the unemployed worried about making a living.

Touma-Suleiman has already scheduled a committee meeting next week to discuss benefits for the unemployed with the National Insurance Institute. “I can deal with all these issues and I do not need to even justify myself,” she said. “I have already proven that I take care of everyone and I will represent everyone fairly and faithfully. I have always concerned myself with the disadvantaged in society and I will not let anyone down. And perhaps, one day, all this incitement will disappear in light of our activity and the trust we earn. This will certainly change the political map.”

As we neared the end of the interview, I could not help ask Touma-Suleiman how she feels about being tainted along with her colleagues as “terrorists in suits.” She laughed and answered, “I am actually wearing a dress now.”