The Israeli Foreign Ministry, after being sidelined for years by Prime Minister Benjamin Netanyahu, sees its vital role recognized as diplomats bring back young Israelis stranded abroad during the coronavirus crisis. 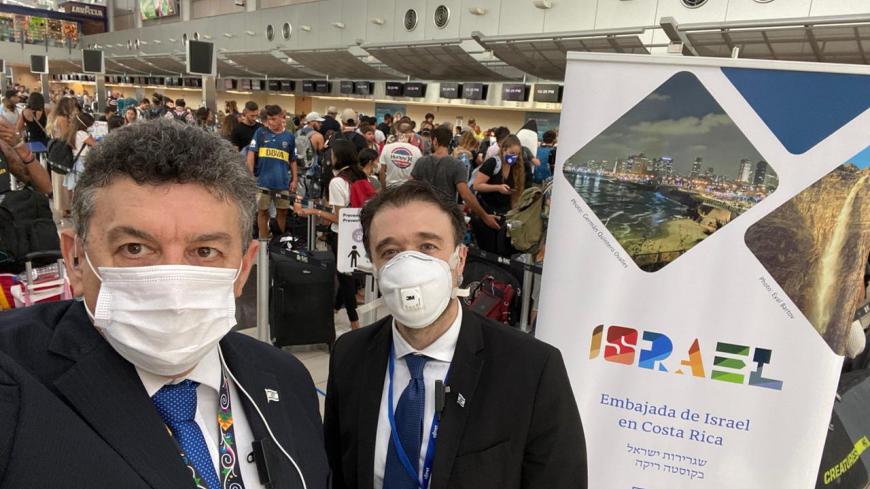 An Israeli-chartered Air India flight from New Delhi landed late in the night March 26 at Ben Gurion Airport near Tel Aviv, carrying 316 passengers. In a statement released by the Israeli Foreign Ministry, spokesperson Lior Hayat explained that the Israeli Embassy and consulates in India had been working more than a week to enable the Israeli travelers, most of them young people who had finished their army service, to board the flight and come home. A similar flight was organized the day before by Israel’s ambassador in Bogota, Chris Cantor, bringing back from Colombia some 70 young tourists. On March 24, a special El Al flight carried 230 Israelis who had been traveling in Australia and New Zealand back to Tel Aviv from Perth. It was the first-ever direct flight from Australia to Israel and took 17 hours.

All these flights and several others reflect ongoing efforts by the Foreign Ministry in Jerusalem to help Israelis stranded abroad as countries have closed borders and canceled flights as a result of the novel coronavirus pandemic. The efforts of the ministry seem to have stopped at nothing, with complex operations and out-of-the-box solutions such as the use of a private airplane that on March 26 picked up 23 Israelis who had been traveling in Bolivia and transferred them to a location where a Bolivia military airplane waited for them. The military plane then flew the Israelis all the way to Sao Paolo, Brazil, where they flew commercial back to Israel. In Costa Rica, Ambassador Amir Ofek managed to gather travelers from five Central American countries to board the first-ever flight from San Jose to Tel Aviv.

In the past two weeks, teams of the prime minister's office, the Finance Ministry and other government ministries have been preparing plans for the country going into emergency mode and have been identifying workers in both public and private sectors to be considered as essential for maintaining Israel operations. When the planning started, Foreign Ministry employees were not defined as such, but as discussions advanced, Prime Minister Benjamin Netanyahu’s people realized the workers' importance. Currently, about 50% of the Foreign Ministry's employees at the headquarters in Jerusalem are working, while Israeli missions abroad are continuing to work with full staffs.

The Foreign Ministry estimates that at the beginning of the coronavirus crisis, there were around 10,000 Israelis traveling across the globe, many of them under 30. Most of these travelers — “mochileros’’ [backpackers] as they are nicknamed in Israel — were in the Far East, South America or elsewhere for periods of several months after finishing their military service and before starting university. In recent weeks, their parents kept pressuring authorities to bring back their children, who were often traveling in developing countries and in remote areas. And the pressure worked. In his numerous announcements, Foreign Minister Israel Katz has been using terms such as “rescue operation’’ and “solidarity,’’ touching upon the most sensitive Israeli chord of saving one another. A similar sensitive chord and public pressure on Netanyahu had helped bring about the January release of Naama Issachar, who had been imprisoned in Russia.

Family members of diplomats in China, in Russia and in several African countries have been evacuated back home while the diplomats themselves stayed put. But personal difficulties aside, embassy staffers work relentlessly, doing what they know to do best in dealing with foreign governments and agencies. And we are not talking only about flights. Following diplomatic efforts by Israel’s ambassador in Amman, Amir Weissbrod, 200 Israelis studying in Jordan reached the Allenby Bridge crossing point March 26, entered Israel and came home.

For the past three years, Netanyahu has monopolized Israel’s diplomacy, crisscrossing the globe on his own while sidelining ambassadors and diplomatic advisers. But an Israeli diplomat told Al-Monitor that now, after years of ignoring the Foreign Ministry, cutting its responsibilities and budgets and tarnishing its leadership, the prime minister has suddenly recognized its necessity.