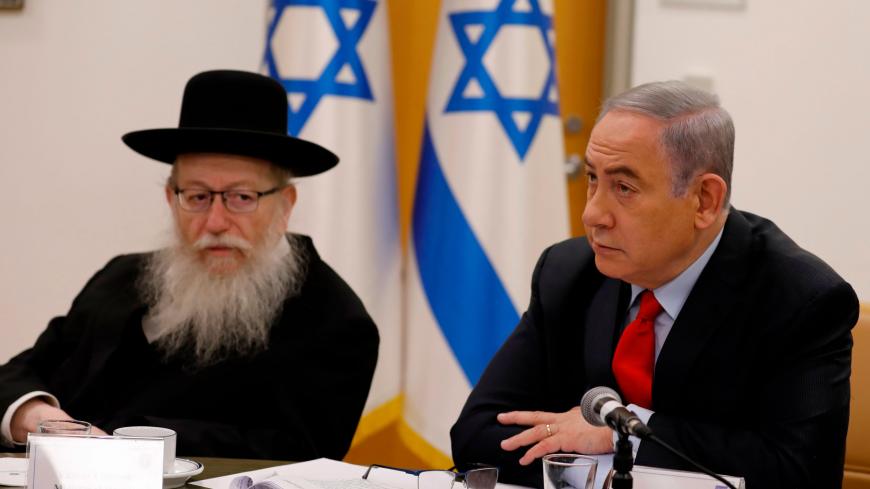 For the first time in the history of the state of Israel, synagogues have been ordered to close their doors. As of this writing, tightened emergency regulations to curb the spread of the novel coronavirus include synagogues and all other inside public praying spaces.

The decision was made in the early morning hours today following a six-hour conference-call cabinet meeting. The new instructions on synagogues took effect at 5:00 PM Wednesday Israel time.

Until now, Prime Minister Benjamin Netanyahu had avoided a complete nationwide lockdown, but with the number of new COVID-19 cases continuing to rise, new directives will further curtail movement, business operations and transportation. The cabinet decided to completely halt public transportation. Taxis will be permitted to drive one client at a time.

The main point of disagreement within the cabinet concerned Netanyahu’s intention to order synagogues to close, with small prayers allowed outside buildings, in open spaces, with no more than 10 participants who must stay two meters apart.

Health Minister Yaakov Litzman, a senior ultra-Orthodox politician, has been managing the coronavirus crisis alongside Netanyahu. But Litzman refused to go along with closing synagogues, threatening to vote against all the new directives. Yet Netanyahu didn’t cave, responding that he has no choice but to go ahead with these measures since findings indicate that people are were becoming infected in synagogues at an extremely alarming rate.

A minister who participated in the cabinet phone meeting told Al-Monitor that Netanyahu was determined, saying that he would take responsibility for the decision, which would equally affect mosques, churches and any other prayer venues.

The Ministry of Health has identified synagogues and yeshivas as coronavirus hotspots. More than 30% of those infected in public spaces had visited them. Health authorities indicated that mass prayers and Megillah readings during the March 10 and 11 Purim holidays are responsible for the current spike.

The small and crowded spaces of many synagogues and habits like kissing the Torah scrolls naturally create a contagious environment. Still, until now Netanyahu had held off on closing synagogues, as they have represented the continuation of active Jewish life throughout Jewish history. Even during Israel’s many wars and bombings, synagogues never closed.