54 inmates on the run after Iran prison break

Seventy-four prisoners escaped from a prison in the Kurdistan province of Iran amid fears that the country's overcrowded prisons will suffer under the coronavirus. 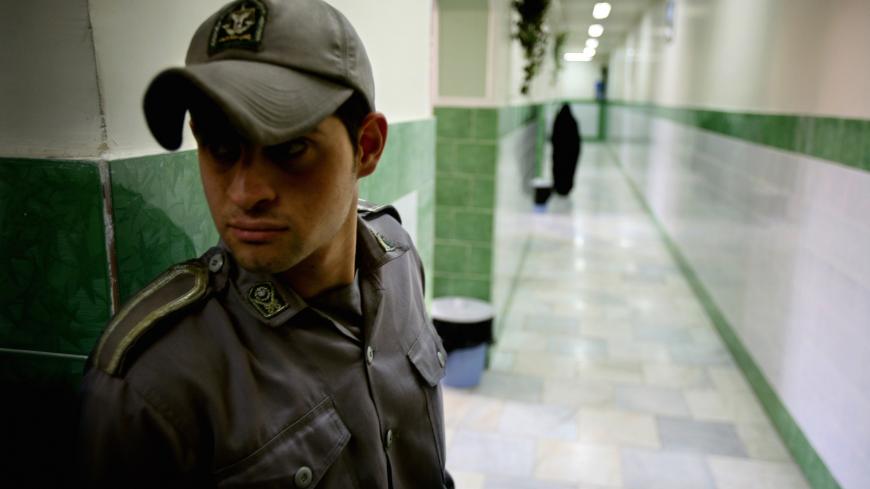 More than 50 inmates are on the run in Iran following a prison break Sunday in which four guards were arrested, Iran’s state news agency said.

"Some prison guards were summoned and four of them were arrested and others released on bail," Mojtaba Shirouzbozorgi, a judicial official in Kurdistan province, told state-run IRNA.

Of the 74 inmates who escaped the prison in the city of Saqqez on Friday, 20 have either turned themselves in or have been captured. The agency said the 54 escapees were nonviolent offenders serving one-year sentences.

Authorities have also recently tamped down prison riots in Hamedan, Lorestan and Tabriz provinces amid widespread pressure for the prisons to protect its inmates from the outbreak.

The prison break in Saqqez comes as Iran is reportedly preparing an amnesty to mark the Persian new year, or Nowruz. Iran will release roughly 10,000 prisoners to “reduce the number of prisoners in light of the sensitive situation in the country,” a judiciary spokesperson said.

To keep the virus from spreading in its overcrowded jails, Iran has temporarily released or pardoned about 100,000 detainees in the past month. Largely not included in that group are “security prisoners,” who tend to be dual nationals.

The family of Siamak Namazi has called for his release from Evin prison in northern Tehran. According to the family’s attorney, the dual Iranian-American citizen, who in 2016 was sentenced to 10 years in prison, is sleeping just a few cells down from another prisoner who tested positive for coronavirus.

Last week, the family of Bob Levinson, a former FBI agent missing in Iran since 2007, announced they believe he died in Iranian custody sometime before the coronavirus outbreak. Iran has since denied having any knowledge of Levinson’s whereabouts.

“We don't know when or how he died, only that it was prior to the COVID-19 pandemic,” the family said in a statement.

Iran registered more than 100 fatalities due to the virus on Monday, pushing its death roll to 2,757. The country — one of the hardest hit in the world — has recorded 41,495 cases of the coronavirus since February.