Intel: US scales up Iran sanctions amid coronavirus fallout

The Donald Trump administration stepped up its sanctions on Iran this week as Tehran appeals for relief to cope with the coronavirus pandemic. 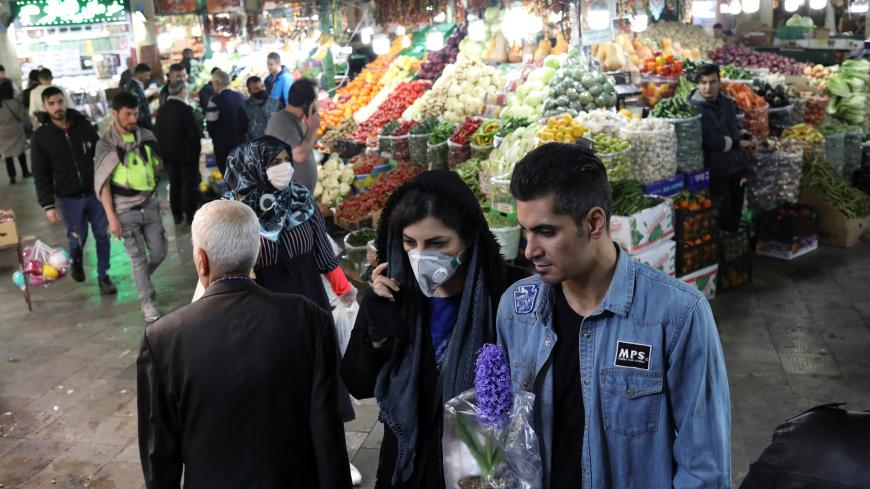 An Iranian woman wears a protective face mask against the novel coronavirus as she shops at Tajrish Bazar, ahead of the Iranian New Year holiday, March 20, in Tehran, Iran, March 18, 2020. - WANA/Ali Khara via REUTERS

The Donald Trump administration stepped up its sanctions on Iran this week as Tehran appeals for sanctions relief to cope with the coronavirus pandemic.

The Treasury Department sanctioned five United Arab Emirates-based companies for purchasing Iranian petroleum. And on Wednesday the United States announced sanctions on nine entities based in South Africa, Hong Kong and China for “significant transactions” in petrochemical trade with Iran as well as three Iranian individuals.

Why it matters:  Iran has blamed US sanctions for hindering its ability to cope with the coronavirus. President Hassan Rouhani has said that Iran’s response to the pandemic has “been severely hampered by US sanctions” and Foreign Minister Mohammad Javad Zarif told the United Nations last week that the sanctions have curtailed Tehran’s access to medical supplies. The Treasury Department did issue a general license exemption last month allowing for trade in humanitarian goods through Iran’s Central Bank.

Iran has said that coronavirus has killed some 1,100 people and infected more than 17,000, but critics accuse Tehran of downplaying the crisis and note that the number may actually be higher.

What’s next:  Iran has appealed to the International Monetary Fund for a $5 billion loan to fight the coronavirus — a request the United States has yet to weigh in on.

Know more:  Diplomatic correspondent Laura Rozen has the story on what other countries in the region are doing to provide humanitarian aid to Iran. And congressional correspondent Bryant Harris reports on presidential candidate Bernie Sanders’ call for Trump to loosen Iran sanctions amid the pandemic.