Iran hawks are doubling down on sanctions amid the COVID-19 pandemic, and Democrats can’t agree on how much relief the United States should give Iran. 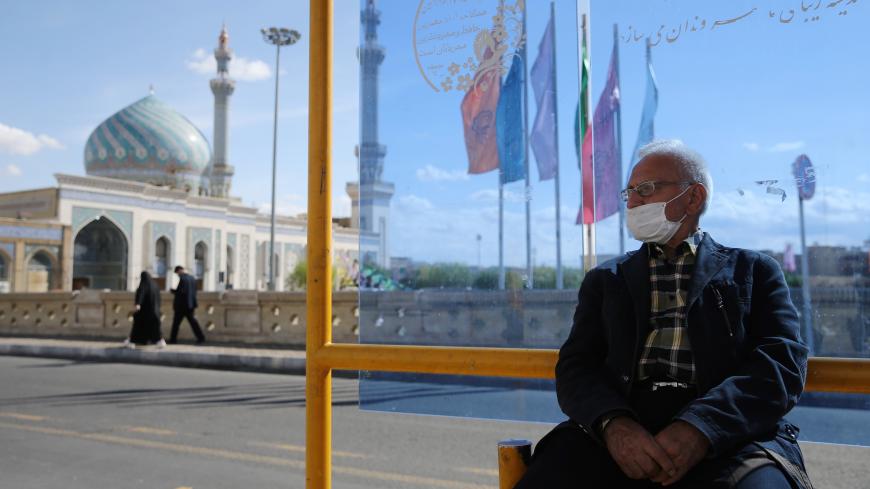 The global COVID-19 pandemic has added a new sense of urgency to the political debate over whether — and to what extent — the United States should lift sanctions on Iran as it struggles to adequately contain the coronavirus.

Iranian leaders have largely asserted that the US sanctions regime has hindered its COVID-19 response, noting that it has resulted in significant shortages of medical supplies. The Donald Trump administration released a State Department fact sheet this week dismissing the claims as “Iran’s sanctions relief scam.”

And while Democrats have universally called on the Trump administration to provide more leeway for humanitarian trade with Iran, the more hawkish and progressive wings of the party are divided on whether to lift the broader sectoral sanctions.

The Trump administration counters that the Treasury Department issued a general license exemption for humanitarian trade through Iran’s Central Bank in February — after a counterterrorism designation last year effectively cut off exemptions for medical and agricultural trade. Notably, the United States did not object last week when Europe used its new humanitarian trade mechanism INSTEX to facilitate the delivery of medical goods to Iran for the first time.

And while the Trump administration has lambasted Iran for rejecting the US offer to provide direct coronavirus aid, the United States is also using its clout at the International Monetary Fund to block Tehran’s $5 billion emergency loan request. Under US law, Washington is required to oppose financial assistance from international financial institutions to countries listed as state sponsors of terror, a designation Iran has.

Furthermore, critics say the general license for humanitarian trade is discouraging Western companies and banks from having transactions with Iran. “Who is going to take on the risk for the trade?” asked Amir Handjani, a fellow at the Truman National Security Project. “In theory it’s allowed, but in practice the barriers that have been put up in front of it make it almost impractical — both from the banking perspective and from a trade perspective.”

Only five Iranian banks are currently able to facilitate humanitarian trade without putting foreign companies at risk of US sanctions.

Additionally, Human Rights Watch noted this week that “some of the equipment crucial to fighting the virus, such as decontamination equipment and full-mask respirators, require a special license” despite the humanitarian exemption.

Human Rights Watch referred to an October report, which found “that in practice these exemptions have failed to offset the strong reluctance of US and European companies and banks to risk incurring sanctions and legal action by exporting or financing exempted humanitarian goods.”

Former Vice President Joe Biden — who became the Democratic party’s presumptive presidential nominee today — also came out in favor of limited action to ease humanitarian trade with Iran last week. A group of 24 European and American diplomats, including officials from the Obama, George W. Bush and Bill Clinton administrations, also called on the Trump administration to do more to facilitate Iranian humanitarian trade earlier this week.

Biden has also pledged to reenter the nuclear deal that Trump withdrew from in 2018, which would require the United States to lift the broad sectoral sanctions hammering Iran’s economy.

“Those outside Iran who oppose non-kinetic economic pressure as a policy tool have found a new vector for the same argument,” said Behnam Ben Taleblu, a senior fellow at the hawkish Foundation for Defense of Democracies. “A public health crisis is being cited as a way to claw back to a fatally flawed and increasingly futile nuclear deal.”

Sen. Bernie Sanders, I-Vt., who dropped out of the Democratic presidential primary today, wants to go further than Biden. Sanders led 33 progressive lawmakers last month in a letter beseeching the Trump administration to lift the broad financial sanctions on Iran for the duration of the pandemic. The left-leaning lobby group J Street was among the 13 organizations that backed the letter.

Democrats closely aligned with AIPAC, including House Foreign Affairs Committee Chairman Eliot Engel, D-N.Y., and the top Democrat on the Senate foreign relations panel, Bob Menendez, D-N.J., have explicitly called for the current US sanctions to remain in place.

“The mainstream Democrats — Engel, Menendez — they have a more reasonable approach,” said Harley Lippman, an AIPAC executive committee member and the president of the Institute for the Study of Global Anti-Semitism and Policy. “I’m glad the sanctions made an exemption for humanitarian trade, but I don’t want to undermine the president’s [maximum pressure] strategy, because I think it’s an effective strategy.”

Lippman, a centrist Democrat, also criticized the party’s efforts to rein in the president’s war powers after the strike on Iranian Maj. Gen. Qasem Soleimani earlier this year, arguing that “it’s important for Democrats to be more aligned with Trump [on this] because I think the more disagreement with Trump on Iran just sends the wrong signal to Iran.”

The Trump administration has seized upon Iran’s multibillion dollar expenditures on its regional proxies, its Health Ministry budget cuts, the rampant corruption throughout the country and Tehran’s botched coronavirus response to argue that the Iranians have the economic means to fight the fallout from COVID-19 despite US sanctions.

“The phrase ‘too little, too late’ best describes [Iran Supreme Leader Ayatollah Ali Khamenei’s] tapping of a national wealth fund to finance Iran’s [coronavirus] fight,” said Ben Taleblu. “Tehran’s new plan to gradually lift some travel restrictions in a bid to jump-start the economy sadly tells you what matters most. This is not a sanctions issue. This is a governance issue, plain and simple.”

But Tyler Cullis, a sanctions lawyer at Ferrari & Associates, argued that the sanctions have prevented Iran from doing what the United States did in response to the crisis: provide a massive liquidity infusion into financial markets and stimulus checks meant to encourage its citizens to stay home.