Intel: Why Moscow is dispatching its military to fight coronavirus in Syria, Italy

On March 25, the first Russian navy cargo ship transited Turkey’s Bosporus strait en route to Syria. The ship was reportedly carrying three ambulances and a shipping container on its deck — equipment to be used to help fight the outbreak of the novel coronavirus in Syria. 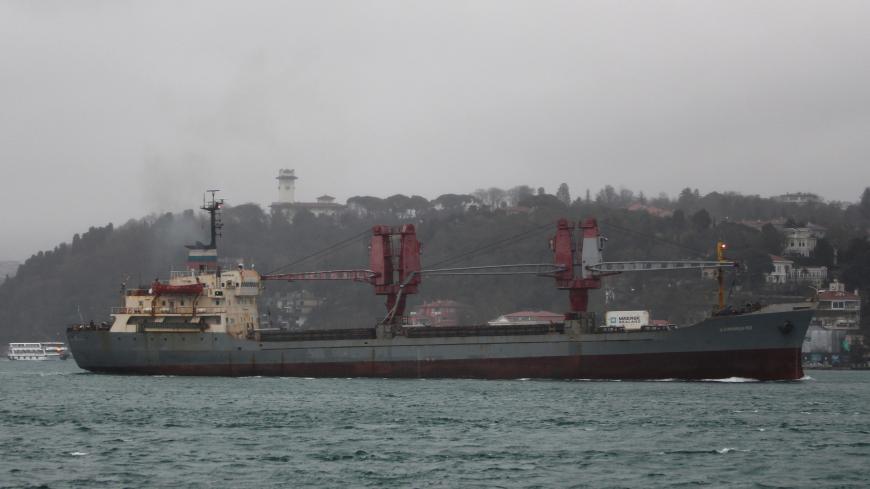 The Russian Navy cargo ship Dvinitsa-50 sails in the Bosphorus, on its way to the Mediterranean Sea, in Istanbul, Turkey, March 24, 2020. - REUTERS/Yoruk Isik

On March 25, the first Russian navy cargo ship transited Turkey’s Bosporus strait en route to Syria. The ship was reported to be carrying three ambulances and a shipping container on its deck believed to contain equipment to be used to help fight the outbreak of the novel coronavirus in Syria.

Syria, a country with a health system wrecked by years of conflict, reported its first case of coronavirus March 22. It reported four new cases on March 25 to bring the total to five.

Why it matters: The dispatch of the Russian cargo ship to Syria comes the day after Russian Defense Minister Sergei Shoigu was hosted by President Bashar al-Assad in Damascus. As Al-Monitor reported March 24, the situation involving the coronavirus in Syria has raised concerns in Russia., and Moscow wants to help out.

Earlier, the recently appointed Iranian ambassador to Moscow, Kazem Jalali, said Russia had made “a friendly move” toward the Islamic Republic by sending up to 500 testing systems used to identify COVID-19.

On March 23, Russia and China called on the United States to lift sanctions against Iran to help the country manage the coronavirus crisis.

Also, following a call between President Vladimir Putin and Italian Prime Minister Giuseppe Conte, the Russian military sent Italy — a member of NATO — 14 cargo planes with nearly 100 virologists and epidemiologists, and a dozen medical teams with equipment. The move triggered indignation among some NATO allies and debates within Russia whether the country is being too generous by helping others as Russia itself is seeing a rise in COVID-19 cases — 658 registered cases as of March 25, a rise of 163 in 24 hours..

Coronavirus as a war front: Ilya Kramnik, an expert at the Moscow-based Russian International Affairs Council, told Al-Monitor the concerns over the lack of Russian resources to fight the virus are premature.

“Russia has one the biggest armies in the world trained to be able to wage a war during a WMD [weapons of mass destruction], biological or chemical weapons use. … What is important is to study what happens on the ground in the affected countries,” he said.

Kramnik, a noted military analyst, outlined three factors why Russian military medics are being deployed to the affected zones.

“First — the expertise. The Defense Ministry has all kinds of specialists on these types of [biological] threats. Second — the responsiveness. This means these specialists should be prepared to carry out the assigned tasks in a real-time mode having all the necessary equipment and operating within a well-organized structure. Finally — the mobility. These specialists should be organized into small well-equipped groups that could be transported by air to an affected zone,” he said.

What’s next? On March 25, Putin addressed the Russian public over the coronavirus and introduced some socioeconomic policies and extended some quarantine and lockdown procedures. On the foreign policy front, Russia is likely to continue demonstrating its competitive advantage in tackling biological threats as a way to highlight deficiencies in other actors’ policies — the United States and the European Union in particular.

Know more: Read Al-Monitor to learn what other subject matters Assad discussed with the top Russian military official in the March 23 meeting, and check out our profile of the brave Syrian female doctors who are on the front line to fight a new war — against the coronavirus.