The Iranian artistic community is going the extra mile to boost the nation’s morale as it battles through the coronavirus epidemic. 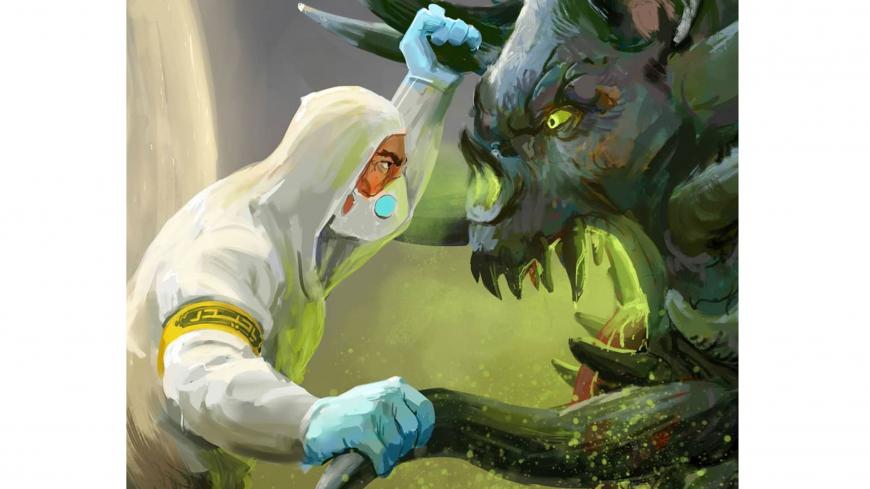 Drifting from one Iranian city to another at an exponential rate, the novel coronavirus continues to deal stunning blows to almost every aspect of Iranian life — and culture is no exception, with abandoned theaters, closed galleries, locked museums and canceled Nowruz festivals.

But the crisis is far from pushing Iranian artists to the margins. On the contrary, like the rest of the country, they're fighting back on multiple fronts and platforms, trying to alleviate the nation's suffering in this time of crisis.

The toughest challenge, according to Iranian officials, are US-imposed sanctions, although the United States allows medical exceptions to its sanction policies. Iran has rejected US offers of assistance, calling instead for the lifting of the sanctions.

A group of internationally acclaimed Iranian actors and directors has appealed to counterparts abroad in an open letter lamenting the sanctions. Let's hope that world's committed artists with influence upon public opinion and politicians will act before it’s too late, and have this injustice against Iranians heard by those who hold power,” the letter reads. “Iranians are now facing two crises: One is the shared coronavirus, which you are familiar with, and the other is sanctions, which we hope you will never get familiar with.”

The letter is signed by such renowned artists a film directors Masoud Kimiaee and Rakhshan Bani-E’temad and actors Navid Mohammadzadeh and Shahab Hosseini.

According to Iran’s Health Ministry, at least 43 medical workers have already died after exposure to the virus in poorly-equipped hospitals, where a scarcity of gowns and other protective gear has complicated the treatment of an incessant flow of patients.

The letter was only one among a multitude of steps taken by Iranian artists to raise awareness about the epidemic and to support the “defenders of health," a moniker Iranians have given to the medical workers who are being idolized as national heroes. The idea has been highlighted in various works of art equating health workers to the Iranian volunteers who put themselves on harm’s way in the battlefield against the Ba’ath army of former Iraqi ruler Saddam Hussein in the 1980s.

Mikael Barati is a prolific digital painter who has been trying to portray the battle waged by Iranian medical workers against the virus, which he has depicted as a monster in one of his pieces. Elsewhere, a painting by an unknown artist is circulating across social media platforms, showing a nurse holding a sick baby drawn in the form of the Iranian map.

In the small western Iranian town of Paveh, fear of the epidemic has prompted local volunteers to launch a charity campaign to equip the town’s only hospital before it is inundated by a wave of coronavirus patients. Painter Ya’qub Shojaee was among the first to boost the local initiative by auctioning his latest work. He donated to the campaign the full price of 50,000,000 rials (around $1,200).

A society desperate for respite from the grim moments of a killer epidemic is seeking anything to ease their pain, and art can be a powerful way to bring catharsis to grieving souls. Last week, a video of an Iranian music student singing a traditional song while shepherding a flock of goats in the desert quickly went viral. “I posted this for a break … and sought refuge in the deserts out of the fear for the virus,” wrote Soroush Rezai on his little-known Instagram account, which took off with thousands of new followers overnight. The video showed baby goats daintily climbing the singer’s shoulders.

Exhausted from overwork, many of Iranian medical workers say they haven’t been home for weeks for fear of possibly infecting their family members. The immense mental and physical pressure, however, seems to have led them to creative ideas to blow off steam and to lighten the moods of coronavirus patients fighting for their lives. Many nurses have been posting themselves dancing behind masks as choruses of ordinary Iranians sing together from their balconies. 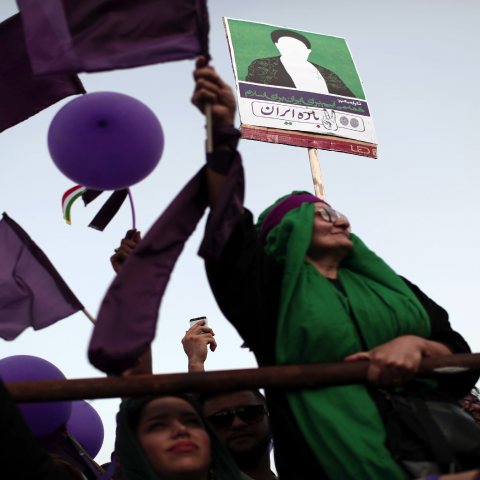 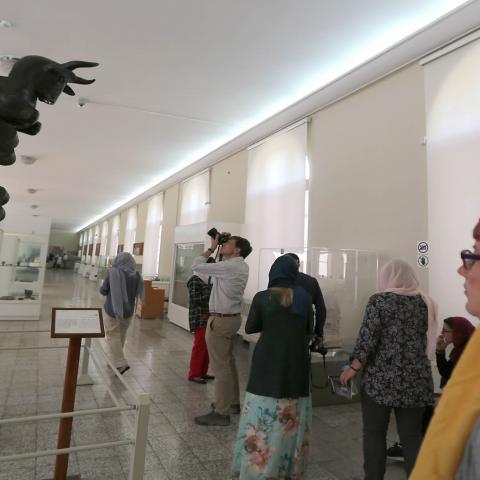 Iranian tourism drops to 'near-zero levels' due to coronavirus