Why is Turkish Cypriot leader declared ‘enemy’ in Turkey?

The leader of the Cypriot Turks angered Ankara in October for criticizing the Turkish incursion into Syria, but all hell has broken loose since he recently said that any move by Turkey to annex Northern Cyprus would be a “horrible” prospect. 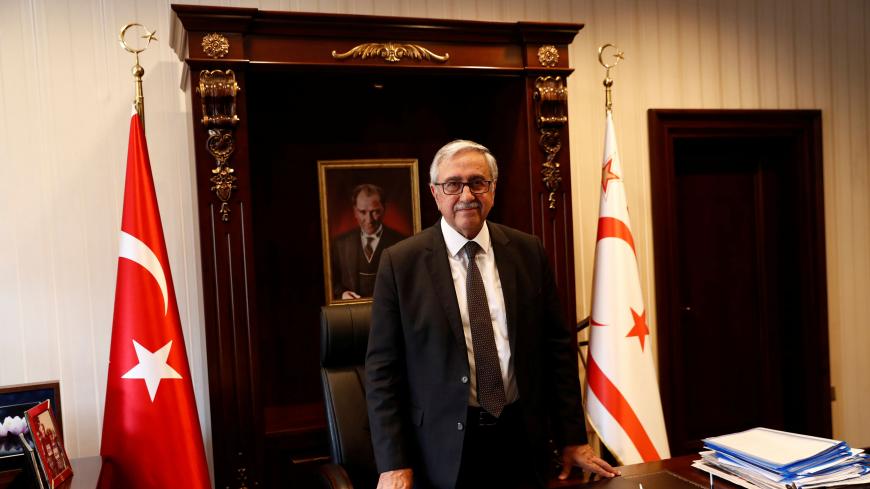 Turkish officials and politicians visiting the Turkish Republic of Northern Cyprus, which is recognized as a state only by Ankara, have refused to meet with its president, Mustafa Akinci, since October. Although Akinci’s criticism of Ankara’s policies was the apparent trigger of the chill, there is more to it in the context of the mounting energy competition in the eastern Mediterranean.

After Turkey launched a military operation into northeastern Syria on Oct. 9, Akinci took a completely different stance from that of the Justice and Development Party (AKP) government in Turkey and its coalition partner, the far-right Nationalist Movement Party (MHP).

With hundreds arrested for merely criticizing Operation Peace Spring, questioning the military campaign turned into a kind of a taboo. And Akinci’s view of the operation stirred up a hornet’s nest. Referring to Turkey’s 1974 military intervention in Cyprus, Akinci said, “Even though we called it Operation Peace, it was a war and blood was spilled in 1974. Now, even if we call it Operation Peace Spring, what is being spilled is not water but blood. For this reason, it is my greatest wish that dialogue and diplomacy come into play as soon as possible.”

By drawing a comparison between the two interventions, Akinci was obviously trying to say that military operations in foreign lands create lasting problems and, therefore, he was inviting Turkey to consider other options in Syria.

Akinci’s comments could well be read as a friendly reminder by a veteran politician about the repercussions of cross-border military operations, yet Ankara took them as a kind of hostility against Turkey. President Recep Tayyip Erdogan said Akinci had “exceeded his limits” and Vice President Fuat Oktay openly condemned the Turkish Cypriot leader. In Northern Cyprus, meanwhile, Akinci received death threats, for which he requested a judicial investigation.

What limits did Akinci exceed? Why was his suggestion to consider other options in Syria regarded as overstepping the line? Anyone familiar with how the Turkish Republic of Northern Cyprus and its people are seen in Turkey could easily discern what triggered the anger. The official and widespread understanding of Northern Cyprus’ relationship with Turkey could be summarized as follows: Turkey’s military intervention in 1974 saved the Cypriot Turks, who were being slaughtered by Cypriot Greeks seeking the island’s annexation to Greece. It is Turkey that pays the bills in Northern Cyprus through direct and indirect financial aid. Therefore, Cypriot Turks should always be grateful to Ankara. Turkey is “the mother” and the Turkish Republic of Northern Cyprus is her “baby.” Anything that goes beyond this notion of subordination would threaten the status quo.

It was exactly this understanding that Akinci criticized in a Feb. 6 interview with The Guardian. He said he disagreed with Erdogan’s vision of the relation between Turkey and Northern Cyprus as one of “mother and baby,” calling instead for “independent, brotherly relations.”

Akinci further said that those who seek to end the 46-year partition of Cyprus should hurry up, stressing that the only viable solution was reunification under a federal roof. Responding to a question by the interviewer, he said that any prospect of Crimea-style annexation of Northern Cyprus would be “horrible” and against Turkey’s own interests. His vision, he said, was wholly different — of a united Cyprus within the European Union.

Akinci’s vision, which is shared by many Turkish Cypriots, calls for a bicommunal, bizonal Cyprus with political equality and a single “personality,” as he told The Guardian. It is based on a shared identity of being islanders of Cyprus, rather than being Turkish or Greek.

Akinci’s remarks could be read also as criticism of the Greek Cypriots, who in 2004 rejected the so-called Annan Plan to reunify the island, as well as criticism of the EU, which accepted divided Cyprus as a member soon after the failed referendum, with EU law applying only to the Greek Cypriot south, which represents the internationally recognized government of the island.

Still, Akinci’s remarks made him a scapegoat in Turkey and fueled an unprecedented wave of reactions, the harshest that any Northern Cyprus representative has ever seen. MHP leader Devlet Bahceli called on Akinci to immediately resign. “Akinci and his supporters should not forget that Cyprus is Turkish and will remain Turkish,” Bahceli said. He also suggested that Akinci move to the Greek Cypriot south.

AKP spokesman Omer Celik urged Akinci to apologize, while Foreign Minister Mevlut Cavusoglu said the Northern Cyprus leader was being “hostile to Turkey” and that he had never seen “such a dishonest politician” in his life.

With the tone set like that by top politicians, pro-government newspapers were even harsher. “The Crusaders’ Akinci should resign immediately,” one paper said, while another declared that Akinci was “like an enemy.”

The outburst against Akinci, who was elected president with 60.4% of the Northern Cyprus vote in 2015, could not be fully understood without factoring in the big picture.

Turkey has a serious problem with joint efforts by Cyprus, Egypt, Israel and several other countries, which set up the Eastern Mediterranean Gas Forum last year, excluding Turkey, amid competition that is heating up over energy resources in the eastern Mediterranean. In a bid to counterbalance the initiative, Turkey signed an agreement on delimiting maritime zones with Libya’s Tripoli-based Government of National Accord in November.

Some recent developments in Cyprus could also be read in this context. Turkey is planning to establish a naval base in Northern Cyprus and Turkish military drones have already started to use an airport in Famagusta there.

Meanwhile, the Turkish Republic of Northern Cyprus is scheduled to hold presidential elections April 26. Akinci has already announced his candidacy. His rival is the current prime minister of Northern Cyprus, Ersin Tatar, who is supported by Turkey.

Given all those developments, it seems fair to say that the presidential polls have turned into a sort of a referendum, in which Turkish Cypriots will vote to choose one of two differing visions. Either they will support the notion that Northern Cyprus is “an extension and part of Turkey,” as recently described by a senior AKP official, or they will support the vision of reunifying the island, as outlined by Akinci.

In other words, Cypriot Turks will decide April 26 whether Northern Cyprus remains Turkey’s “baby” forever or draws its own destiny and has a brotherly relationship with Turkey.