Following last week's large-scale Turkish military deployment in the Idlib de-escalation zone to prevent the forces of Syrian President Bashar al-Assad from further advancing, a new attack by the Syrian army led to the death of five more Turkish troops. 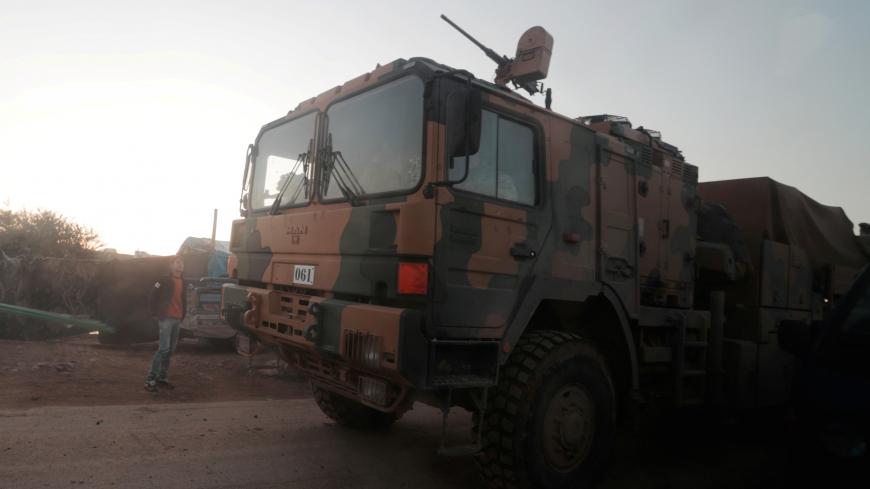 The situation in the Idlib de-escalation zone seriously worsened Feb. 10. Following last week's large-scale Turkish military deployment in the region to prevent the forces of Syrian President Bashar al-Assad from further advancing, a new attack by the Syrian army led to the death of five more Turkish troops. In retaliation, the Turkish Ministry of Defense reported it had hit 115 Syrian targets and “neutralized” 101 Syrian military personnel.

The Russian delegation returned to Turkey on Monday morning after the first meeting between Russian and Turkish negotiators in Ankara on Saturday bore no fruit. A source in the Syrian opposition who spoke with Al-Monitor not for attribution said the meeting also ended in deadlock.

Why it matters:  Ankara’s demands for a pullout by the Syrian forces beyond the demarcation line defined by the 2018 Sochi memorandum are hardly acceptable for Russia. Moscow cannot demand that Damascus fulfill these stipulations while Assad’s troops continue to advance despite the Turkish military deployment. If Russia voices such proposals and insists on their implementation, it will only damage the bilateral relations with Syria with no good reason. Neither will Russia refuse support for Assad's troops should the Turkish forces and opposition units attempt to go on the offensive and push the Syrian army beyond the borders of the Idlib de-escalation zone. Ankara seems to get it. Understanding these dynamics means that Turkey is unlikely to be willing to carry out such an operation in the face of the threat of a direct military clash with Russia. Moscow also did not open the airspace over Idlib for the Turkish Air Force, reducing the operation's likelihood of  success even if Moscow avoids direct military involvement in the fight.

Keep plugging away:  Perhaps the most acceptable option for Turkey right now is to continue a full-fledged positional rather than targeted military deployment in Idlib and to retain those areas that have still not been seized by the Assad regime forces while at the same time blocking their attempts to advance deeper into the region. Doing so may make Russia recognize these territories as the new Turkish security zone, which in turn would lead to a new Russian-Turkish memorandum type of deal that would renounce any anti-terrorist operations in this zone.

On the contrary, Turkey’s persistence in demanding the Syrian army’s withdrawal beyond the line set by the Sochi accords with no document signed by the parties could only toughen the Russian position, with Moscow abandoning the compromises. It would lead to a cold war between Russia and Turkey in the divided Idlib. Damascus will be able to take over larger swaths of territory in the de-escalation zone until it finally reaches Turkish positions, where constant tensions will continue with attacks and provocations.

What’s next?  Ankara's claims to Moscow may also be read as intentionally raising the stakes for the sake of further bargaining. Doing so may enable Moscow to save face in Damascus by demonstrating perseverance in upholding Syrian interests in negotiations with Turkey should a new agreement on Idlib be made that embraces new realities on the ground.

Know more:  Metin Gurcan explains how the window between Moscow and Ankara may be narrowing over Idlib and Fehim Tastekin discusses how the ongoing crisis in Idlib may be affecting the Syrian Kurds.