As relations with Turkey stall, Moscow seeks ways to engage with the Saudis and Emiratis to have them back in the Syrian game. 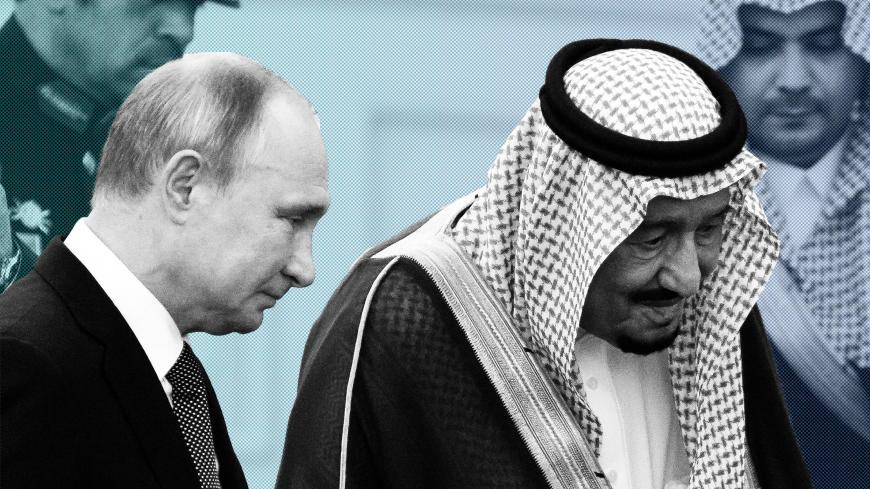 As the new round of Russia-Turkish talks in Moscow over Syria’s Idlib province continues, the Kremlin is likely trying to rewrite the rules of the game in Syria by shifting from its long-standing cooperation with Ankara to partnership with the Persian Gulf countries, which, in turn, seek to curb Turkey.

On Feb. 26, Russian Deputy Foreign Minister Mikhail Bogdanov accused Turkey of bringing foreign fighters into Libya. Earlier that day Bogdanov met with Saudi Ambassador to Moscow Raid bin Khalid Krimli to honor him with an award for his “personal contribution to strengthening Saudi-Russian relations.” Krimli has completed his service in Russia and will be departing Moscow shortly.

On a separate track, a meeting between between the United Arab Emirate’s diplomatic mission in Syria and Damascus regional governor Alaa Ibrahim took place earlier this month. The negotiators focused on foreign investments in Syria and ways to increase bilateral cooperation at all levels. The diplomatic contacts between the two states, which for a long time were in a state of conflict, have gradually been taking a different path. What seemed particularly interesting about the meeting between the Emirati delegation and Ibrahim was its timing. The talks were preceded by a Feb. 12 visit of Sergey Naryshkin, the director of Russia’s Foreign Intelligence Service, to the UAE. In a meeting with the local intelligence community, he spoke about “the prospects for counterterrorism cooperation and addressing new challenges and threats to the two countries’ national interests.” Following the meeting, the Russian intelligence service press bureau said the two sides had recognized “similar or close approaches” to regional crises and solutions to them.

Along with the Saudis, the Emirates is considered a major rival to Turkey in the region. Thus, Naryskin’s visit to Dubai could not but arouse suspicion that Moscow was looking for a way to counterbalance Ankara, especially at a time of heightened tension over Idlib.

According to some reports, to cut the ground from underneath Ankara’s feet in Syria, the UAE allegedly proposed to Moscow a set of efforts to partially revive Syria’s war-torn, sanctions-crippled economy. Russia’s expectation is that the Emirates may to some degree help counteract some provisions of the Caesar Act adopted by the United States at the end of last year. Not only does the act impose sanctions on those who maintain trade contacts with Damascus and its representatives, but also stands in the way of shipping goods and services to Syria. In addition, Russia and the UAE have allegedly been discussing ways to relax certain rules for using the Latakia and Tartus ports, as well as the strategically important Nasib border crossing linking Syria and Jordan. Finally, the UAE is rumored to have promised to pressure the Syrian opposition in the Constitutional Committee to be more cooperative with Damascus. This indeed may be quite a feasible scenario; in late 2019, there was Saudi Arabia’s anti-Turkish decision to reshuffle the High Negotiations Committee that represents the opposition in the UN-backed talks.

Moreover, following talks with Jordanian Foreign Minister Aiman as-Safadi on Feb. 19, top Russian diplomat Sergey Lavrov said the two sides had discussed “Jordan’s initiatives to carry out specific projects to restore the civilian infrastructure in southern Syria and to create other conditions for the return of the refugees from Jordan.”

Such projects have indeed been discussed at least since late 2019. when Ibrahim first spoke of the offers that Damascus received from Emirati and Jordanian real estate companies to implement several projects in the Darayya suburb west of the capital. The offers, in fact, are fairly consistent with Syria’s controversial Law No. 10 of 2018.

It may be that Moscow feels that what Turkey has much to offer in terms of a poltical settlement is no longer relevant and that Russian officials think they can dictate terms to Ankara. Moscow perceives Turkey as seeking as part of the barter not only to have Idlib under its control but also to have its buffer zones in Syria connected for security reasons to keep the Kurds at bay. But this would virtually require handing Turkey control over Kobani, where Russian troops are deployed."

Another Erdogan-Putin agreement, the one over northeast Syria, has reached an impasse. The situation in the east of the Euphrates and some common interests that Moscow and Ankara have there have been keeping the Astana format afloat. However, following the creation of the Constitutional Committee, Russia no longer treats the format as a sacred cow. Now it is preoccupied with drafting a “road map” for Syrian President Bashar al-Assad and the Kurds, and, most importantly, it is trying to get Kurds into the Constitutional Committee at least through the Cairo Platform, a step the United States and the Arab monarchies also welcome. Ankara has every reason to suspect that if the road map between Assad and the Kurds is approved by both parties, the latter will further look to sideline Turkey with the backing of Egypt, Saudi Arabia and the UAE.

Russia’s rationale is clear. It is necessary to weaken the rebellious province of Idlib to the extent possible or to crack down on it to clearly demonstrate that the only areas beyond Damascus’ control are those directly governed by Turkey (the buffer zones it occupied) and by the United States (the territories of the Kurds and Arab tribes in the east of Euphrates). In this respect, Moscow keeps mounting pressure on Washington: American officials say the Russian military is trying to downplay the earlier deconfliction agreements concerning eastern Syria while Russian paramilitary companies have visibly stepped up their activity in the area.

A source with knowledge of the Russian troops’ efforts in Syria told Al-Monitor on condition of anonymity that the Syrian intelligence agencies also seek to make the situation in the east more complicated for external forces. He said the Syrians have been committing acts of sabotage while also launching a charm offensive on local tribes, some of which remain loyal to the regime and have traditionally enlisted in the pro-government National Defense Forces (for example, the al-Ghanamah tribe).

For now, Moscow is enjoying the fact that both Abu Dhabi and Riyadh, which act more cautiously in the Syrian case, can advocate Russian interests in eastern Syria as well as support Moscow’s efforts to rebuild the country’s infrastructure, allowing Syrian refugees to return home. Prior to the Turkish operation in the east of the Euphrates, where the United States has had a strong presence, UAE and Saudi representatives repeatedly visited the territory controlled by the Kurdish-dominated Syrian Democratic Forces and have strong connections with some Syrian tribes. In this respect, Russia has certain hopes for a deal on the east of the Euphrates with the UAE and Saudi Arabia. These states participated in the “reconciliation process” of the opposition in Syria’s southwest when Damascus formally regained control over that territory and a number of opposition factions there joined the pro-Russian Fifth Assault Corps.