The United States would see a diminished budget in its ability to fight Islamic State militants in 2021 if the new budget revealed by the Trump administration is approved. 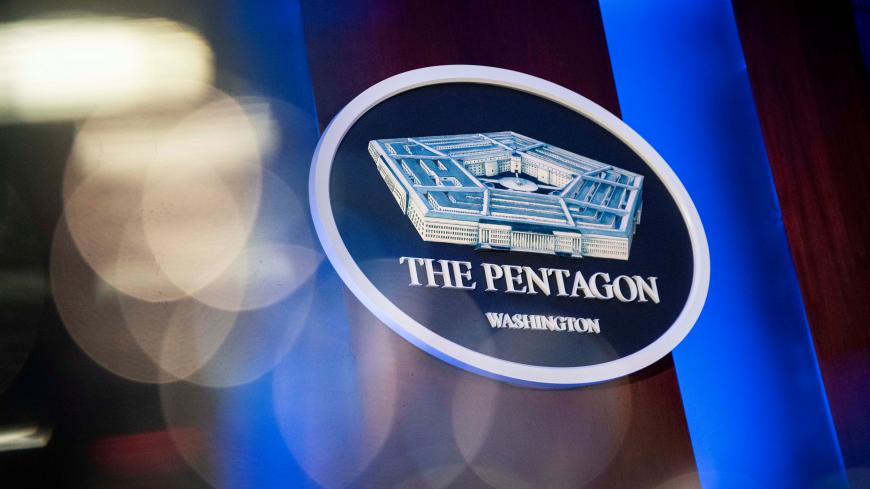 The Pentagon logo is seen behind the podium in the briefing room at the Pentagon in Arlington, Virginia, US, Jan. 8, 2020. - REUTERS/Al Drago

The Donald Trump administration is again set to slash funding for the fight against the Islamic State (IS) in a new budget request unveiled today, as Iraq’s leaders have publicly demanded an end to the US-led combat mission.

The Pentagon’s request would slash funding for the US-backed Syrian Democratic Forces to $200 million, down by a third from last year — money that will focus on “helping to provide wide-area security in liberated areas, addressing the ongoing [IS] threat, preventing [IS] re-emergence and setting conditions for long-term stability.”

Overall, Trump is seeking $900 million for the counter-IS fight next year, a 30% cut from current year levels. Iraqi security forces, which have continued operations despite a US pause after an uptick in tensions with Iran, will receive $645 million for the IS fight.

Even as the US troop footprint in Syria winnowed to just 600 American forces after Trump allowed a Turkish incursion into areas liberated from IS, the Pentagon insists that the budget “strengthens the security capabilities of [Department of Defense] partners countering [IS] to secure territory liberated from [IS] and to counter future [IS] threats by training and equipping partner security forces.”

The Pentagon has kept a residual troop presence in eastern Syria, which the administration has said is there to prevent IS from retaking oil fields in the area, though officials have indicated Russian and Syrian forces are posing a continual threat. But funding has declined.

While the Pentagon chips away at the funding for countering IS, Trump’s budget forecasts funding an increased number of US troops to defeat terror, up by nearly 4,000 units to 91,233 forces for the fiscal year that starts in October.

The diminished request could foreshadow a bigger role for US forces to train Iraqi units as the Pentagon has faced political pressure to withdraw after an American drone strike killed Quds Force leader Qasem Soleimani at Baghdad’s airport on Jan. 3.

The US-led Office of Security Cooperation, separate from the defeat-IS mission, will get $628 million next year, as the Pentagon attempts to build up Iraq’s military over the long haul to be interoperable with American and NATO forces. The Pentagon requested just $45 million for the office last year.