Peace with the region is not a peace plan

The Trump peace plan is flawed because it has more to do with building a coalition against Iran rather than with promoting peace between Israelis and the Palestinians. 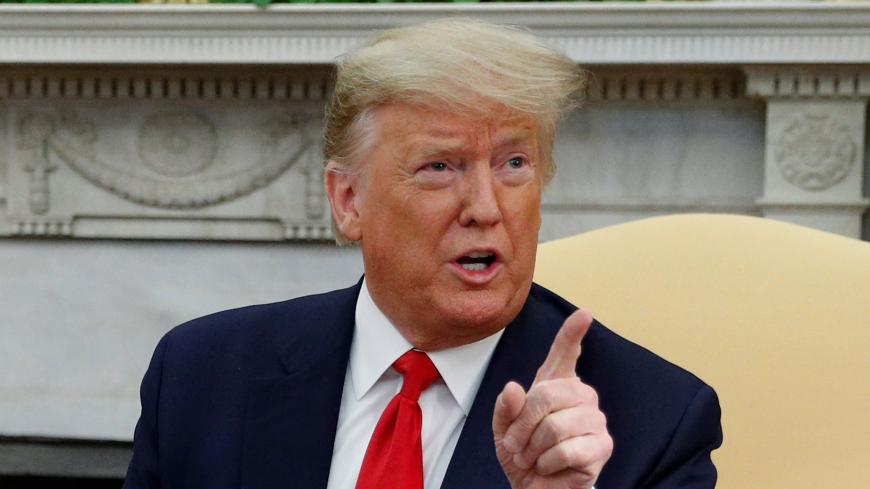 US President Donald Trump speaks while meeting with Ecuador's President Lenin Moreno in the Oval Office of the White House in Washington, DC, Feb. 12, 2020. - REUTERS/Tom Brenner 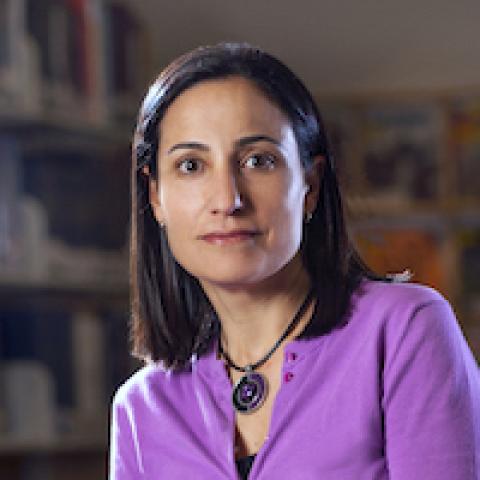 Since the unveiling of the Trump administration’s “Peace to Prosperity” plan last month and the lukewarm response it has received in the region, Israeli reports suggest Secretary of State Mike Pompeo is trying to broker a summit in Cairo with Israeli Prime Minister Benjamin Netanyahu and Saudi Crown Prince Mohammed bin Salman before the March 2 Israeli elections. Never mind that the Palestinians and Jordanians would not be participating, or that both have already rejected the Trump plan. Such high-profile meetings, which in any case appear unlikely, could serve as a message that Israel is accepted in the region, and that those opposing the Trump plan are simply not adjusting to new realities.

The US administration often refers to the need for new thinking on this conflict and views the willingness of Gulf Arab states to engage Israel because of common concerns over Iran as a prime example of new regional realities. But in reality the plan recycles old ideas for new purposes, and its logic may be fundamentally flawed if the goal is peace.

The Trump plan trumpets integrating Israel into the region, promising economic windfalls with growth and prosperity for all. Yet such visions for a "new Middle East" are not new. Israel’s Shimon Peres, as foreign minister and then prime minister, promoted such ideas in the 1990s. The Madrid peace process launched by the George H.W. Bush administration created a multilateral peace process to foster cooperation between Israel and its Arab neighbors. In those days, the idea of creating a regional peace process — addressing common challenges such as water, the environment, economic development and the arms race — was to incentivize Israeli compromise by demonstrating the potential benefits from its acceptance in the region. The logic was obvious: If Israel would be accepted as a "normal" player in the region, it would gain the confidence to make the hard calls for peace with the Palestinians.

In contrast, Trump’s plan to encourage Arab engagement with Israel, actively promoted by Netanyahu and Trump’s son-in-law and adviser Jared Kushner, has little to do with peace. The effort to reach out to the Arab Gulf States has much more to do with consolidating a pro-US alliance between Israel and what Israelis like to call their "moderate Sunni neighbors" to confront Iran. The plan explicitly acknowledges this, arguing that the “threats posed by Iran’s radical regime has led to a new reality where the State of Israel and its Arab neighbors now share increasingly similar perceptions of the threats to their security.” Building on these shared threat perceptions, the plan suggests that “integrating Israel into the region will allow it to assist across a wide range of economic challenges as well as counter the threats of Iran.”

These observations may be accurate, if not terribly nuanced. But gone are the linkages between Israel’s acceptance in the region and peace with the Palestinians. According to the plan’s architects, Israel’s integration in the region is primarily about confronting Iran.

Indeed, administration officials regularly tout Gulf Arab engagement with Israel to demonstrate this point. The Bahrain summit in June, which unveiled the economic components of the plan, and a workshop in Bahrain on maritime security in October, were primarily crafted to showcase Israel’s acceptance into the region because of common concerns over Iran. Yet higher-level delegations led by Israeli ministers visited countries such as Bahrain back in the mid-1990s when there was a viable peace process in place. Now every new Israeli meet-up with an Arab counterpart, whether at business conferences in the Gulf or at synagogues in the United States, is celebrated as a revolutionary breakthrough demonstrating the region’s new strategic landscape.

The plan’s proponents showcase such interactions not because they further peace, but because they demonstrate acceptance of Israel is evolving even without peace. They serve as a reminder, and as a furtherance, of Palestinian irrelevance in a region consumed with other priorities.

According to this narrative, Israel can normalize its relations in the region even without making concessions to the Palestinians, because Israel is strong and the Palestinians are weak, and because Gulf Arab states have too many overlapping strategic interests with Israel to demand more for Palestine.

But for all the plan’s assertions about recognizing regional realities, its assumptions display a fundamental lack of understanding of how the Middle East really works.

The most obvious problem with the administration’s bet is that Israel can only go so far in normalizing ties with its neighbors without an agreed-upon resolution to their conflict with the Palestinians. The rejection of this plan by the Palestinians, with its unequivocally favorable terms for Israel — on borders, on settlements, on Jerusalem — was inevitable. The fact that several Gulf Arab ambassadors (from the United Arab Emirates, Bahrain and Oman) attended the rollout ceremony in the White House with the president standing next to the Israeli prime minister without any Palestinian in the room, not to mention other Arab representation from key neighboring states such as Egypt and Jordan, led to speculation that the Arab states might accept this plan as at least a framework for negotiations.

But once the contents of the plan were revealed, even these Arab ambassadors claimed they had been misled, and the formal rejections of the plan began in the Arab League and the Organization of Islamic Cooperation. Jordan is firmly opposed to a plan that accepts Israeli sovereignty over the entire Jordan Valley. For many months Jordan has expressed concern about the contours of the plan given the infeasibility of the state proposed for the Palestinians and fears that potential Israeli annexation of large parts of the West Bank could lead to an option favored in some right-wing Israeli circles that "Jordan is Palestine" — and thus the Palestinians don’t need a state in the West Bank and Gaza.

Such Arab opposition may grow and constrain Israel’s normalization in the region. To be sure, quiet talks behind closed doors and occasionally even in the open at summits designed to gain favor with the US administration are likely to continue even without a peace agreement because of common alignment on Iran and shared interests in areas such as water and technology, particularly between Israel and its Gulf Arab neighbors. Some of this cooperation is beneficial for the future growth of the region, though other aspects are not, such as the popularity of surveillance technology from Israeli firms such as the NSO Group in the Arab Gulf. But full integration of Israel is nonetheless unlikely because people in the region still care about the Palestinian cause even if their leaders don’t.

There are other problems. For instance, even if Arab Gulf states such as Saudi Arabia, or North African governments such as Morocco, were to recognize Israel and normalize relations, that would not bring real peace to the region without resolving the Palestinian conflict — or, indeed, without ultimately finding some accommodation between Israel and Iran. Israel has few security concerns with Arab Gulf states — they are not Israel’s enemy today. As Israeli’s Yitzhak Rabin famously said, countries make peace with their enemies, not their friends.

Israel ultimately inhabits the same piece of land as the Palestinian people — acceptance of Israel from the broader Arab world will not resolve the dilemma of how Israelis and the Palestinians can agree to live on this land together. A viable plan for the future, a plan that is about real peace and not a one-sided political gambit, must recognize these realities, not just the momentary alliances that allow Israel to avoid the hard choices.