Iranian officials have been adamant that the country’s space program will continue despite failures to launch satellites into orbit. 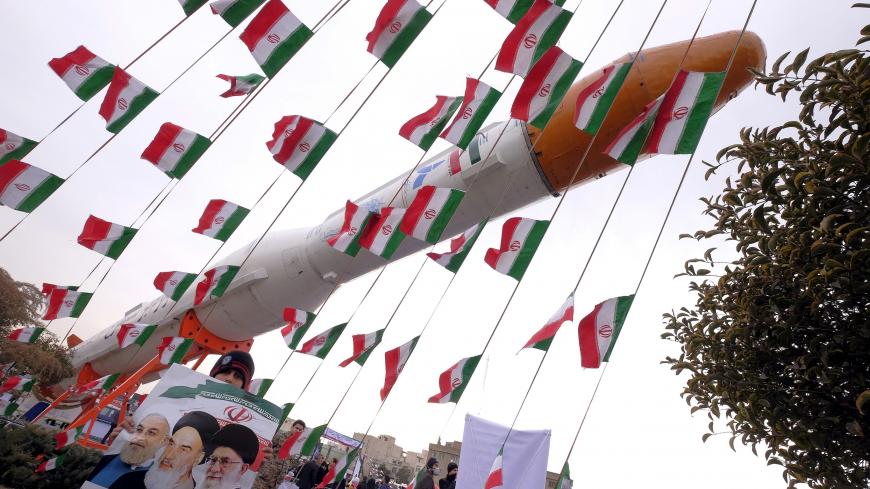 A boy holding a placard poses in front of a model of Simorgh satellite-carrier rocket during a ceremony marking the 37th anniversary of the Iranian Revolution, in Tehran, Iran, Feb. 11, 2016. - REUTERS/Raheb Homavandi/TIMA

Despite Iran’s much-publicized satellite launch on Feb. 9 that failed to reach orbit for the third time, Iranian officials have put a positive spin on the endeavor and stressed the country will continue to progress in its space program.

Minister of Information and Communications Technology Mohammad Javad Azari Jahromi addressed the failure on social media, posting a video on Instagram. “Dear people of Iran. Hello,” began a solemn Jahromi, standing behind a podium in a similar fashion to US presidents making important announcements. “Our third effort to launch a satellite was successful despite the fact that the Zafar satellite did not reach its final destination, which was … space.” He added, “If it did not reach space, then how was it successful? Because every step we take, regardless of its results, makes us one step closer to our desires.”

Jahromi continued, “More than 80 scientists worked for more than six months to build this satellite with all of the limitations and relying on their confidence.” He added, “Our effort was not successful, but our goal is still in place.”

Jahromi told reporters the satellite, which was launched with the Simorgh rocket, did not reach adequate speed and fell into the Indian Ocean. He said the next launch of the satellite would be in the summer of 2020. According to Iranian media, the satellite was designed for imaging for the purpose of mapping and dual-purpose (sending and receiving) messaging. Had it succeeded, it would have assisted in surveying territory for oil reserves and monitoring of agriculture lands, and assisted in the surveying of land after natural disasters such as earthquakes.

Jahromi, who touts himself as a “young minister” and sees himself as the new generation of Iranian officials, also tweeted about the satellite launch: “I wanted to make you all happy with good news, but sometimes life does not go how you want." He also tweeted in English that the United States also had a number of failures in their space program, including Falcon 9, Juno II, Atlas, Proton M and Antares.

Jahromi also retweeted tweets with the hashtag that he originated — “the narrative of Zafar.” Many of the tweets were nationalistic in nature, talking about the pride in Iranian scientists and reiterating Jahromi’s claim that the country is one step closer to reaching its goals. Many tweets also focused on the program being an “indigenous one” and thriving despite sanctions. The hashtag was used by both well-known Reformist and conservative accounts to praise the work of Iranian scientists and their space program.