Turkey's space program not yet ready for takeoff

Turkey’s ambitious space program has made some concrete achievements, but Ankara has yet to resolve structural and financial problems snagging development in the sector. 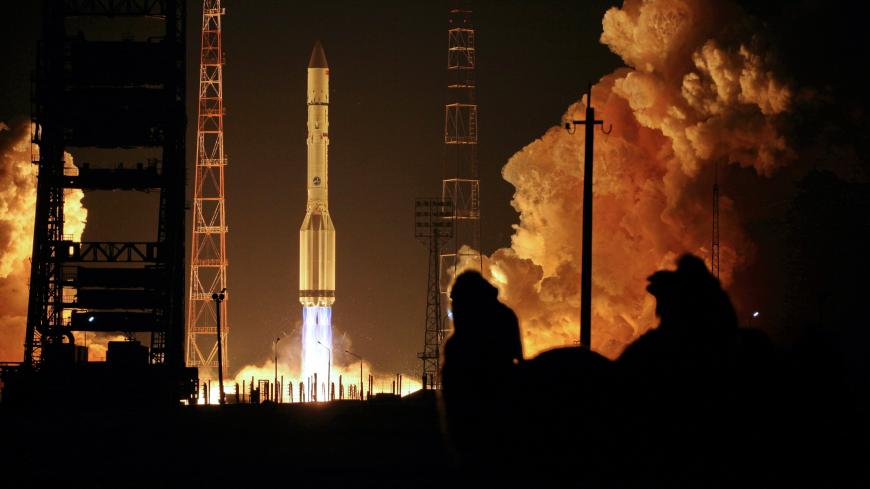 In a jubilant Twitter message last week, Turkey’s state-owned company Roketsan — the country’s primary rocket and missile manufacturer — announced it had successfully test-launched a sounding rocket into space. “The sounding rocket, which we manufactured with local and national technologies as part of President Recep Tayyip Erdogan’s vision and efforts led by SSB [Defense Industry Presidency], broke through the boundary of space on Oct. 29!” the post read.

The company then shared footage of the test on YouTube. The aim of the 135-kilometer (84-mile) flight into space, launched from the Black Sea province of Sinop, was to test the maneuver control and thrust management systems of the rocket.

Crediting Erdogan for such achievements has become the rule in Turkey since the Turkish Armed Forces Foundation, which comprises all state-owned defense industry giants and contributes more than 60% of the country’s production in the sector, was linked directly to the president in December 2017. The foundation owns 55% of Roketsan shares.

Speaking at a ceremony Nov. 12, Erdogan said that Roketsan’s tests had managed to reach space four times, boasting that Turkey was “in the space league” now. “Our fully national and indigenous satellite launch tests have been completed successfully. … We have left an important milestone behind,” he said.

Roketsan — best known for its vast range of laser-guided, anti-tank and standoff missiles and smart munitions — has become the engine of Turkey’s fledgling space program. In an August ceremony led by Erdogan, the company inaugurated a Satellite Launching, Space Systems and Advanced Technologies Research Center and an Explosive Raw Materials Manufacturing Plant in the capital Ankara.

Roketsan plans to boost investment in space programs and take Turkey into the small league of countries capable of launching their own satellites, according to its director general Murat Ikinci. “Our next target is to complete shortly the work that will enable us to put a 100-kilogram [220-pound] payload into orbit at an altitude of 400 kilometers [248 miles],” Ikinci said in an October interview, referring to the company’s Micro Satellite Launch System project.

As part of the project, Roketsan aims to launch a micro-satellite in 2025. A successful completion of the project will make Turkey one of the few countries capable of manufacturing, testing and launching satellites and operating relevant bases.

Meanwhile, the Turksat 5A satellite, manufactured and tested by Airbus Defense and Space under a 2017 contract, is ready for launch. On Oct. 2, Turksat, Turkey’s state-owned satellite communication company, took delivery of the satellite, which was manufactured in France despite the ongoing political spats between Erdogan and his French counterpart Emmanuel Macron. The satellite, which has a fully electric propulsion system and both broadcast and military intelligence capabilities, is scheduled to be launched into orbit Nov. 30 by a Falcon 9 rocket from the SpaceX launch center in Cape Canaveral, Florida. It is expected to become operational in the second quarter of 2021 after traveling about four months to reach its orbit.

Despite the fanfare, however, Turkey’s civilian space efforts are not really progressing as desired. The country’s Space Agency, established in December 2018, has yet to put together a website, let alone a concrete project. The most recent news from the agency dates back to September 2019, when the technology and industry minister met with agency executives and launched work on drawing a logo for the institution.

A defense expert, interviewed by Al-Monitor, said the agency’s scarce budget is not enough even for proper coordination of stakeholders, let alone project management. The expert, who requested anonymity, noted, “Roketsan’s announcement that it has transcended the 100-kilometer mark, defined as the boundary of space, and then its announcement that it targets a 400-kilometer altitude are very important in terms of efforts on space. Equally important was the creation of the Turkish Space Agency and the inauguration of efforts to develop a national space program. Yet difficulties have emerged in coordinating the work, while the duplication of efforts is causing waste of time.”

The sector has yet to achieve a “system of synergy,” according to the expert. “There are various institutions working on space-related projects, but in order to prevent confusion and duplication the Space Agency should control and coordinate them and draw up and regulate a national space policy,” he added.

Opposition parties and media critical of the government have raised similar misgivings, with one newspaper scoffing that “the Turkish Space Agency has been lost in space.” The head of the agency himself admitted to certain shortcomings in a television program last year.

According to the defense expert, the maladies of Turkey’s defense industry sector such as nepotism, clientelism and extreme politicization appear to be already spilling over to space-related programs.

The space agency’s first administrative challenge is to draw up and publish a national space policy and program, which it has failed to do in the past two years. A further delay will badly damage its credibility.

On the technical side, the agency’s main tasks involve the IMECE project for Turkey’s first locally made surveillance satellite with both civilian and military purposes and the Turksat 6A project for the country’s first locally made communication satellite, which it coordinates with Turkey’s Scientific and Technological Research Council. The contract for Turksat 6A was signed in December 2014 and its developers plan to launch the satellite in 2022.

Turkey’s space projects appear bound to expand despite the existing shortcomings in coordination and sync. Yet financial constraints amid the country’s ongoing economic crisis as well as creeping politicization are likely to be bigger snags, as evidenced by the space agency’s failure to take the reins of the sector in the two years since its creation.