The International Atomic Energy Agency chief is making the rounds in Washington this week to stress that his agency can still monitor Iran’s nuclear program as the nuclear deal unravels. 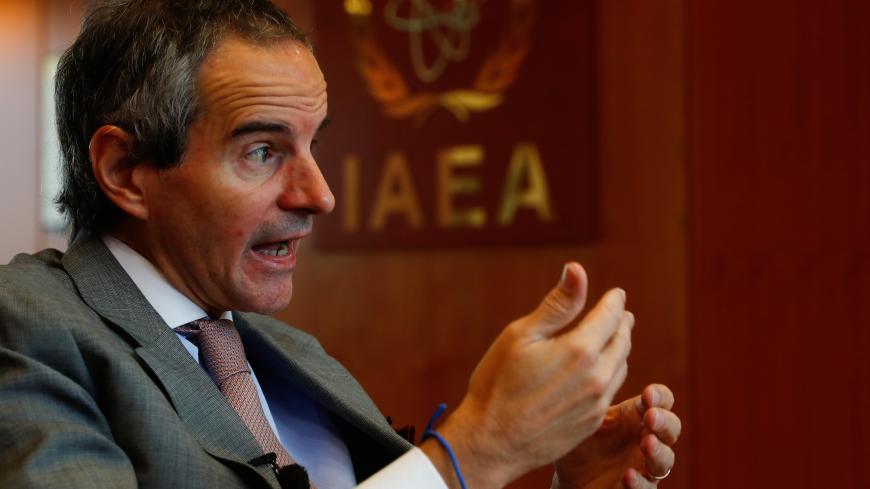 The head of a key nonproliferation watchdog is making the rounds in Washington this week to reassure the Donald Trump administration and Congress that it’s still capable of monitoring Iranian activity, even as the 2015 nuclear deal unravels.

Iran, which pulled out of the nuclear deal following the US assassination of Iranian Gen. Qasem Soleimani last month, took center stage in International Atomic Energy Agency (IAEA) chief Rafael Grossi’s visit to the United States this week. Grossi sought to reassure Washington that the IAEA still has the ability to monitor Iran, even as it gears up to escalate its nuclear activity.

“It’s been the center of much of my discussions here in Washington,” Grossi said at the Carnegie Endowment for International Peace on Feb. 5. “It’s a bit of a paradox, because I am verifying noncompliance. But this is the way things are. And the ones to say whether they are comfortable or not with that are those who subscribe to the agreement, and I haven’t heard from them that I shouldn’t be inspecting anymore.”

Iran announced after the Soleimani strike that it would abandon its commitments under the nuclear deal and no longer abide by the accord’s restrictions on the number of centrifuges it can operate to enrich uranium. Still, it remains unclear whether Iran intends to ramp up enrichment to 20% or beyond, a major threshold for weapons-grade uranium.

At the same time, Iran stopped short of expelling IAEA inspectors from the country after granting them unprecedented access under the nuclear deal. Grossi is also appealing to the international community to ensure that his organization is able to retain that access to Iran as tensions between Washington and Tehran skyrocket.

“Of course, my preoccupation here is to make sure that I have all the conditions to do my job,” said Grossi. “One thing I need, not only from Iran, of course, but from all the others, is that they support me when I request Iran to work with us. People should hope countries will give me the necessary support that I will need when moments of difficulty will come, when I may have to ask Iran to do the right thing.”

State Department spokeswoman Morgan Ortagus said that Grossi and Pompeo discussed “the IAEA’s monitoring work in Iran, nuclear security and the importance of the IAEA to US security interests.”

And Risch urged Grossi “to push hard for full access for his inspectors and for full answers from Iran” in a statement after the meeting. He called the IAEA’s work “especially important now, as Iran walks away from its nonproliferation commitments and as evidence has emerged of possible undeclared Iranian nuclear sites and activities.”

The IAEA asked Iran in November to explain the presence of uranium particles at an undeclared nuclear site — before Tehran withdrew from most of the deal last month. The IAEA has not publicly named the site, but Israel had previously asked the agency to look into a location in Tehran based on an Iranian nuclear archive the Mossad said it obtained in 2018.

The archive prompted conservative critics of the nuclear deal to call on Trump to activate the accord’s dispute resolution mechanism, which could ultimately lead to the reimposition of UN sanctions on Tehran.

It is unclear whether Washington could actually trigger the mechanism, as it has already withdrawn from the accord, but the United Kingdom, France and Germany triggered it last month, after Iran announced it was also withdrawing. Nonetheless, the Europeans have indicated that they would refrain from referring the dispute to the UN Security Council, which is what would ultimately trigger the international sanctions.

“I hope the political dialogue that is taking place now is going to bear fruit,” said Grossi.