Technical and legal experts continue to consult to draft a comprehensive agreement on the filling and operation of the Renaissance Dam, but internal pressure remains a major challenge in Ethiopia that may hinder the settlement of many controversial issues. 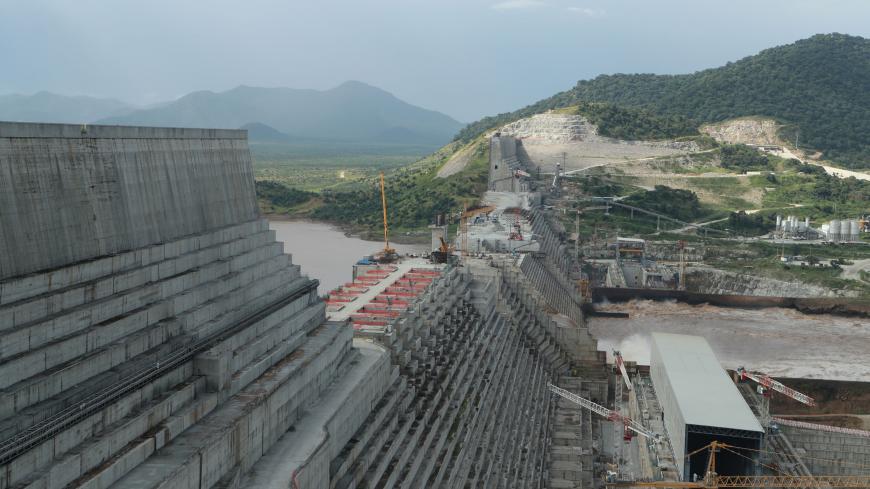 CAIRO — The technical and legal experts and ministers of water and foreign affairs of Egypt, Sudan and Ethiopia will keep trying to agree on a comprehensive document that will settle the outstanding issues and diverging positions regarding the filling and operation of the Grand Ethiopian Renaissance Dam (GERD). The deadline for agreeing on such a document is the end of February.

The ministers of water and foreign affairs in the three countries, the US Secretary of Treasury Steven Mnuchin and president of the World Bank David Malpass met in Washington Jan. 31. A joint statement published by the US Department of the Treasury after the meeting noted that some key issues will be subject to the final signing of the comprehensive agreement.

However, the disparity between the statements issued by the Egyptian and Ethiopian Foreign Affairs ministries regarding the outcome of the meeting revealed a new dispute. The two statements were not aligned over some issues that were disregarded in past rounds of negotiations that kicked off in Washington in November 2019. The issues were related to the safety and security of the dam and the importance of completing the technical studies on its economic, social and environmental impacts on the downstream countries of Egypt and Sudan.

The Egyptian statement released Jan. 31 asserted that the final agreement would include some provisions related to the security of the dam and completing the studies on the social, environmental and economic impacts of the GERD. Meanwhile, the Ethiopian statement indicated that “negotiations focused on issues of filling and operation of the GERD, and the government of Ethiopia is committed to maintaining the rights of the Ethiopian people to use the waters of the Nile for the benefit of current and future generations.”

Ethiopia and Egypt have engaged in prolonged negotiation rounds, since the Declaration of Principles was signed in March 2015, to conduct technical studies on the social, economic and environmental impacts of the GERD on Egypt and Sudan.

Egypt believed the dam would have a negative impact on the soil salinity of the Nile Delta due to the low water flow. Although the French consultancy offices BRL and Artelia were chosen to conduct the studies, disputes over the preliminary report halted the technical track. Negotiations were suspended in September 2019, and Egypt asked for the intervention of an international mediator.

A technical official in the Egyptian negotiation delegation told Al-Monitor, “At the beginning of Washington’s meetings, Egypt put forward all issues preoccupying it about the dam. These issues were also mentioned in the report of the International Panel of Experts, including the security of the dam, its social and environmental effects, adaptation mechanisms and means to mitigate its effects, and rules of filling and operating the dam.”

The official added, “Egypt is still concerned about the environmental effects of the dam on the Nile Delta and the rising soil salinity with the dropping clear water flow, apart from other effects that need further research.”

“So far, we cannot say that technical issues or legal text have been agreed upon. Even the US document is still incomplete, and some of its items need to be discussed. A clear and binding agreement should include more accurate details to avoid another useless round of negotiations and meetings,” he argued, adding, “The Egyptian delegation is deeply interested in a clear legal formulation that is not open to interpretation regarding the exchange of information about the dam, the dispute settlement mechanisms and the decision-making process through the coordination mechanisms.”

The Egyptian Foreign Ministry’s statement issued following the last round of negotiations Jan. 31 mentioned that the US prepared an agreement document about the filling plan and the procedures to address drought and prolonged drought during the operation and filling stages. Egypt signed the document at the end of the session.

Mohamed al-Sebai, the spokesperson for the Ministry of Water Resources and Irrigation, told Al-Monitor that Egypt’s sole signing of the US document “indicates its political commitment to reaching a fair solution that would cater to the interests of the three countries.” He said that Ethiopia did not sign “perhaps because it is waiting for the final draft of the agreement.”

Following the Washington meeting Jan. 31, the Ethiopian government took increased steps to appease Ethiopian public opinion and reassure people that their rights are protected in using Nile water and completing the construction and operation of GERD.

Ethiopian Prime Minister Abiy Ahmed Ali visited the GERD site Feb. 1 and posted photos on social media showing the progress of civil engineering and construction works. He also attended a question and answer session in parliament Feb. 3, during which he confirmed that “Ethiopia will not enter into any agreement that harms its national interests.”

Meanwhile, Ethiopian Minister of Water, Energy and Irrigation Seleshi Bekele held several press conferences and meetings with study and research centers to fill them in on the latest updates of the negotiations in Washington.

Bekele’s meetings carried messages to the Ethiopian public opinion. They mostly affirm that the GERD negotiations are based on the principle of fair and equitable use of Nile water with no compromise on sustainable Ethiopian interests in the Nile waters.

On the Ethiopian position at the negotiations held under the auspices of Washington, Hani Raslan, head of Sudan and Nile Basin research at Al-Ahram Center for Political and Strategic Studies, told Al-Monitor, “Abiy Ahmed Ali is facing difficulties and political tension internally. He needs a national cause that unites all ethnicities on one goal. The GERD, as a national development project, is the ideal cause for achieving political gains and attracting more popular support.”

He argued that Ahmed Ali's visit to the dam’s site and the repeated Ethiopian statements about Ethiopia's absolute attachment to its interests are messages addressed to the Ethiopian interior for popular mobilization. “This is all the more true since it seems that some technical or financial difficulties are hindering the start of electricity generation.”

"The intransigence of the Ethiopian position in the negotiations may express a desire to raise the ceiling of gains, whether technical or economic aid from the World Bank or Washington,” Raslan added.

Meanwhile, all eyes remain on Washington until the end of February when a final technical agreement is supposed to be reached. This agreement ought to satisfy the interests of the three countries and reduce the risks and damages that the dam may cause to the two downstream countries. It also ought to achieve Ethiopia’s economic aspirations such as generating electricity.

Still, popular internal pressures on governments remain a major factor in shaping the countries ’positions toward signing the comprehensive agreement expected to be reached under American auspices.