Many observers were surprised when Egypt announced recently it has turned down negotiations for a new loan from the International Monetary Fund. 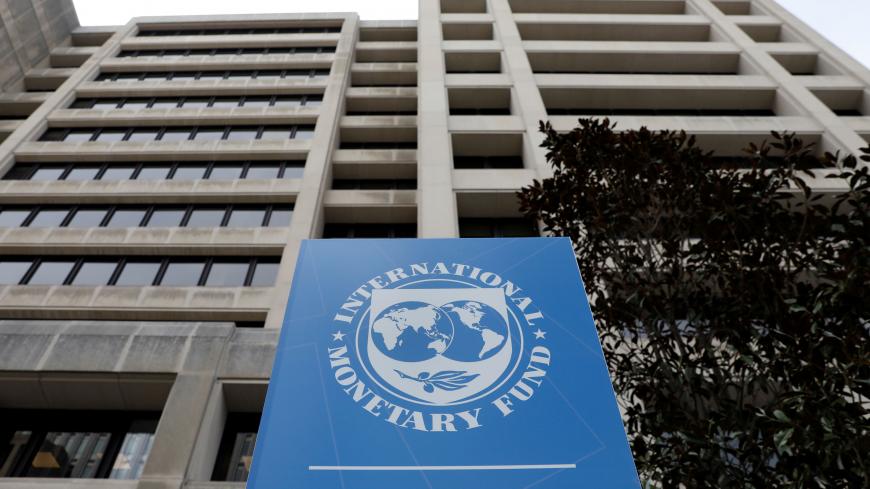 At the Egypt Petroleum Show on Feb. 11 in Cairo, Tarek Amer, the Central Bank of Egypt governor, said Egypt and the International Monetary Fund are discussing possible IMF technical support for the government's structural reform program aimed at reducing bureaucracy.

News reports had indicated that Egypt had been expected to negotiate with the IMF on a new loan, but in a Jan. 29 interview on DMC TV, Amer said Egypt had turned down the IMF's offer because the country no longer needs funding.

Amer acknowledged on DMC that Egypt definitely had needed funding in 2016, when it battled a severe economic crunch amid a shortage in foreign currency reserves.

At that time, Egypt had agreed with the IMF on a $12 billion extended arrangement to be disbursed in tranches over three years. The IMF loan, among others taken out by Egypt from different bodies and countries, aimed to allow Egypt to pay off its outstanding debts to several countries, donors and petroleum companies and to increase its cash reserves. The economic reform program it implemented aimed to improve Egypt’s credit rating and allow it to implement development projects and improve its road and utility networks.

The conditions of the 2016 IMF loan included liberalizing the Egyptian currency exchange rate against foreign currencies, ending subsidies on many services and products provided to citizens, increasing tax revenues and reducing the role of the state in the Egyptian economy while broadening that of the private sector through the privatization of some government companies.

Egypt's Central Bank reported that at the end of 2019, the country's foreign reserves exceeded $45.4 billion.

Indeed, the Central Bank announced that on Feb. 10, it had sold $984.8 million in one-year, dollar-denominated treasury bills with an average yield of 3.491%. A former Central Bank employee told Al-Monitor on condition of anonymity that Egypt's sale of debt instruments doesn't necessarily mean it still needs financing and doesn't contradict Amer’s statements that Egypt can do without another loan. “Many countries offer [to sell] debt instruments because the demand for them shows investors the economy is stable. This is a vital and indispensable indicator for any economy,” the former employee said.

“Usually, the IMF proposes larger funds compared with the value of treasury bills and bonds. But Egypt now doesn't need huge financing, especially since the IMF may impose a higher interest rate on the proposed loans, compared with debt instruments. The IMF facilities are probably linked to complicated and difficult conditions that citizens refuse or can't afford.”

Ramakrishnan said, “Since its funding program for the Egyptian economy ended in November 2019, the IMF is now ready to support the economic reform agenda in Egypt in other ways.”

Those other support methods under discussion include a standby arrangement that would provide Egypt with access to financing, if necessary, under urgent circumstances. Another option would be a policy coordination instrument, which is a nonfinancing tool to guide Egypt on how to support economic and financial policy reform

“In the event that neither of the two previous programs is agreed upon, the IMF could initiate post-program monitoring,” Ramakrishnan added.

Wael al-Nahhas, an economist and financial adviser to a number of investment institutions, told Al-Monitor that he thinks Egypt's rejection of a new loan could have undesirable repercussions. “Egypt’s refusal of the IMF financing will hinder the relationship between the two,” he said. He wondered whether Egypt's rejection would “undermine the IMF's ability to make profits, especially since many countries are afraid to deal with [the IMF] due to its complicated or arbitrary conditions at times."

However, Khaled Abdel Shafi, a researcher at the Cairo Center for Economic and Strategic Studies, ruled out the idea that Egypt’s refusal of IMF financing has created tension. “The IMF is a donor that aims to establish globally stable economic and financial policies, and not to make profits,” he told Al-Monitor. “The interest rate on the facility extended to Egypt in 2016 was only 2%, which is a meager rate, lower than global inflation rates over many years.”