The resignation of Egypt's central bank governor has put the country's economy under pressure. 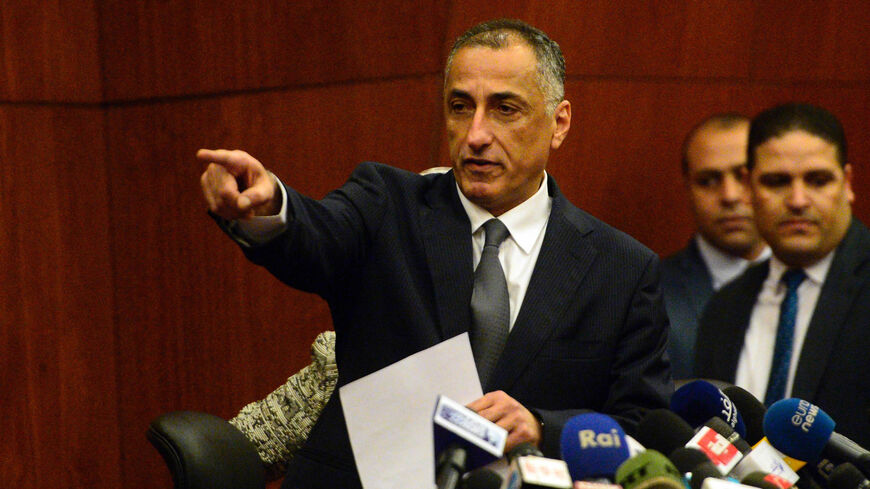 CAIRO — The sudden resignation of Central Bank of Egypt Gov. Tarek Amer Aug. 17 raised many questions in economic circles about the motives of his decision and its repercussions on the precarious economic situation in Egypt.

Several Egyptian politicians and economists told Al-Monitor that Amer’s monetary policy contributed to the exacerbation of the economic situation and eventually led to his resignation after seven years at the helm of the Egyptian banking sector. They said that his resignation might either place further pressure on the economy or lead to a breakthrough.

In November 2015, Amer assumed his duties as governor of the central bank, and Sisi issued a decision to renew his mandate from November 2019 to November 2023.

A source familiar with Amer’s resignation told Al-Monitor that Sisi’s decision is tantamount to Amer’s “dismissal” and is aimed at solving the current crisis although Amer had strong ties with Sisi.

The source added that changing the monetary policy adopted by Amer was one of the “IMF’s requirements.” The International Monetary Fund requested a flexible exchange rate instead of a managed one, which is why Sisi summoned Hassan Abdullah, a veteran banker in the “dealing room” for hard currency speculation. Abdullah, the source said, is expected to get Egypt out of its current impasse and persuade the IMF to grant Egypt the loan.

The day after Amer’s resignation, Sisi appointed Abdullah as acting governor of the central bank, asking him to develop monetary policies. He also asked him to provide various sources of foreign currencies.

The source said that Abdullah is known for his efficiency and close relations with international, Arab and African institutions capable of attracting foreign investments into Egypt. He was a prominent member of the Economic Committee of the dissolved National Democratic Party and architect of the “growth rate” in the Egyptian economy under former President Hosni Mubarak.

Abdullah served as chairman of the board of directors of United Media Services, and held the position of managing director of the Arab African International Bank between 2002 and 2018.

Abdel Moneim Imam, secretary-general of the Planning and Budget Committee in the Egyptian House of Representatives, told Al-Monitor that Amer’s resignation was “long overdue and highly applauded” in economic circles.

He said that although Amer managed well the Egyptian pound flotation phase with the start of the economic reform program, he recently committed many mistakes, as he engaged in altercations with the media and sought to marginalize senior leaders in the banking system.

He noted that Amer’s monetary policy caused turmoil and confusion in the market. The decision of documentary credits, for example, caused a major problem with private business organizations and eventually led to the intervention of Sisi himself to solve the crisis, Imam said.

Prior to his resignation, Amer defended his policy in a letter published Aug. 6 in the state-run Al-Ahram newspaper, as he reprehended the government’s policies. He said that the neglect of the state-owned sector and the opening of the market to the private sector “was a fatal policy” that drained Egypt’s foreign exchange resources.

He noted that the government adopted financial policies and serious foreign trade policies that led to the collapse of the industry and agriculture sectors, and led Egypt to start importing its huge needs of food from abroad.

In March, Egypt submitted a request for a new loan from the IMF, but the latter set conditions that the government is still negotiating to avoid raising the ire of Egyptians.

Cairo suffered greatly as a result of the Russian war on Ukraine, as Egypt was the largest importer of grain from Russia and Ukraine with about 80% of its wheat imports, and Cairo lost 40% of its Russian and Ukrainian tourist activity.

Imam said that the decision to appoint Abdullah was warmly welcomed by political and economic circles in the hopes that the situation would get better through prompt and unconventional solutions. He said, “He is a man with great experience in attracting foreign exchange from abroad. He is also known for his serenity and low media profile.”

After assuming the position, Abdullah met with Egyptian Prime Minister Mustafa Madbouly, who explained to him that the government is following a specific plan to attract foreign direct investment, stimulate the private sector and increase exports with the aim of increasing foreign exchange reserve levels.

However, Amer’s departure may place “further pressure” on the Egyptian economy if quick measures are not taken and the IMF loan is not obtained, said Hani Geneina, economist and lecturer at the American University in Cairo.

He told Al-Monitor that a governmental memorandum was sent by manufacturers and traders to the government last week stating that there is a severe shortage of dollars in the market.

Since March, the exchange rate has fallen by more than 22%, while the central bank cash reserves have shrunk to about $33.1 billion, which is the lowest level since 2017.

Yet still, Geneina told Al-Monitor that Abdullah’s appointment might expedite a way out of the current economic stalemate, and noted that as soon as Abdullah was appointed, he held a meeting with the prime minister and IMF Executive Director Mahmoud Mohieldin to discuss the latest developments in negotiations with the IMF.

Geneina said that such moves indicate that the central bank is seeking to develop a monetary policy and adopt a flexible exchange rate to replace the current managed one all the while attracting foreign investments.

After Abdullah was appointed, the central bank fixed interest rates at 11.25% for deposits and 12.25% for lending for the second time in a row, after raising them by 300 basis points since the beginning of the year to control inflation.

“It is clear that there are major movements expected when the central bank will hold its next meeting Sept. 22, be it at the level of the pound exchange rate or the interest rate, similarly to what happened on Nov. 3, 2016,” Geneina said.

He expected this step to lead to a breakthrough in the Egyptian economy before the end of September, which would coincide with an agreement with the IMF.

“The economy must be restructured and transformed into a productive and industrial one instead of one that relies on borrowing, rent and the Suez Canal revenues,” Shahin concluded.