Many of the Iranian actors who have supported President Hassan Rouhani are now calling in their favors by asking for veteran actor Behrouz Vossoughi's return to Iran after 40 years in the United States. 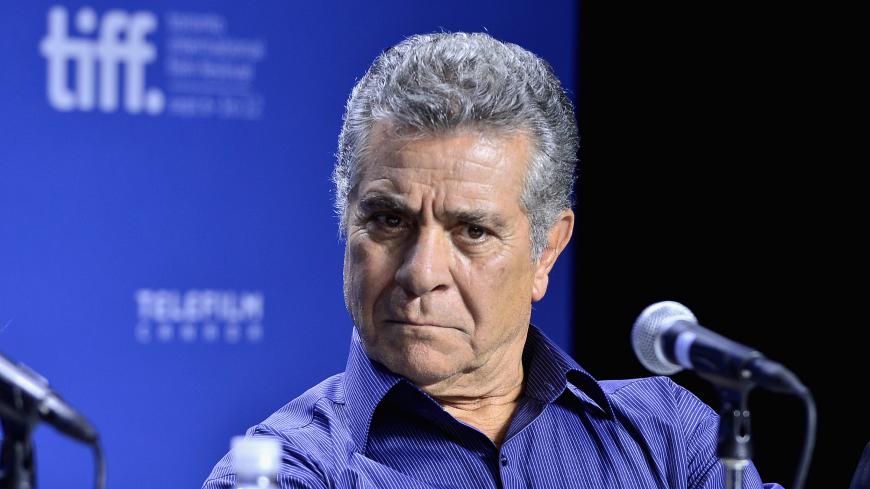 Iranian actors are calling on President Hassan Rouhani to allow legendary Iranian actor Behrouz Vossoughi to come home from self-exile in the United States, but the requests on behalf of the iconic actor have fallen on deaf ears.

With more than 90 cinematic and television films, Behrouz Vossoughi is arguably Iran’s most versatile actor. At the age of 82, he still has many fans across the country — most of whom are currently raising their voices to ensure the model-turned-actor-turned-exile comes back to Iran after 40 years in the United States.

One of the strongest voices calling out for the return of Vossoughi is Shahab Hosseini, who is known for his award-winning role in “The Salesman.” In January, Hosseini wrote an open letter to Rouhani, asking him to allow Vossoughi's return to Iran as well as Vossoughi's return to acting in Iranian movies. Stressing that he voted for Rouhani in both the 2013 and 2017 presidential elections and worked hard to promote him in his circles, Hosseini asked the moderate president to “remove the ban” on the aged actor.

“Once you asked for people’s support and you got it. Now we want the same support from you,” Hosseini wrote in his letter.

More specifically, Hosseini asked the president to allow the screening of a 2013 family drama, “Lovely Trash,” at the Fajr Film Festival with Vossoughi present. The actor had played a part in the original film, but it was cut out. Still, the festival’s organizers did not allow Vossoughi to come, and a conservative news site claimed the movie would be screened only for media representatives and cinema critics.

Vossoughi has been living in California for the last 40 years. He was in the United States to film when the 1979 Iranian Revolution broke out; he did not return. The next year, he was summoned to the Revolution Court along with a number of other acclaimed artists of Film Farsi — the generic term for pre-revolution Iranian cinema— to explain his activities during the dynasty of Shah Mohammad Reza Pahlavi.

Though radicals considered Vossoughi to be "friendly with the shah," the actor had been harassed by the monarchy as well. This was mainly because of his 1974 movie, “The Deer,” which criticized Pahlavi’s White Revolution and land reforms that drew peasants to cities. The movie was based on a true story about a member of a Marxist group, and it addressed the grave economic and social problems people were facing during the Pahlavi period.

“After the revolution, the Revolution Court summoned many artists for trial. The court [banned] them from making movies in Iran,” Parviz Jahed, a director, film critic and the editor-in-chief of London-based Cine-Eye film journal, told Al-Monitor. “Film Farsi relied on star system. After the 1979 revolution, revolutionaries replaced the stars of cinema,” he added.

But Vossoughi’s fans did not forget him, and his films made him known to the new generation. Older generations remember his contribution to the Iranian cinema industry, and those born in the '90s and 2000s still use Vossoughi’s catchphrases in “Gheisar,” a trendsetting film noir on honor killings.

Parviz Parastoui, a highly respected actor, also threw his weight behind the return of Vossoughi, writing Jan. 2 on Iranian website Film News that he had lobbied with the state’s culture and security officials to bring back the illustrious superstar to Iran, but to no avail.

Jahed told Al-Monitor the radicals in Iran are still sensitive to the issue of Vossoughi. His article on the veteran actor for Kalame magazine in Iran resulted in the magazine shutting down near three decades ago, he claimed.

Rouhani hasn’t yet responded to Hosseini’s letter, but Vossoughi released a statement on his Instagram page on Jan. 25 saying he has “no wishes in the last years” of his life, implying he had no hope of return.

Some claim there is no official judicial ban on Vossoughi, but there is also no political will to have him return to Iran. Mohsen Amiryoussefi, the director of “Lovely Trash,” claims there is no official court ban that prevents the actor from starring in Iranian movies and wrote as much to Hossein Entezami, the chairman of Cinematic Organization of Iran, a subdivision of the Culture of Ministry.

Even if there is no such ruling, it is likely the officials of the current moderate government of Iran will refrain from embracing Vossoughi due to a possible outcry from radicals and hard-liners who still paint him as a “traitor.”

Kayhan newspaper, known as the mouthpiece of hard-liners, called Vossoughi and his first wife — singer and actress Googoush — “morally corrupt” in a 2016 commentary. The commentary said Vossoughi played in movies and theaters that belonged to “the foreigners and anti-revolution agents."

Jahed, the film critic, told Al-Monitor the Islamic Republic establishment’s sensitivity to Vossoughi stems from his rumored relationships with the Pahlavi dynasty’s court and the shah’s powerful sister, Ashraf, and somehow he is singled out among others.

“A number of stars, including Saeed Rad, returned to the country without any problems [two decades after the revolution]. As far as I know, Rad wasn’t jailed and summoned to the court upon his arrival, and he even began accepting roles in movies,” Jahed said.

He said Bahman Mofid, another star of pre-revolution Iranian cinema, also returned to Iran but was not harassed.

But any request for Vossoughi's return seems to go unheard. In 2018, more than 100 filmmakers and actors demanded Rouhani put an end to the ban on Vossoughi.

This has drawn reaction from hard-liner and prosecutor general Mohammad-Jafar Montazeri, who accused the campaign demanding Vossoughi's return of being engineered by “dark elements.” Montazeri called Vossoughi “clearly one of the corrupt elements in the [pre-revolutionary] Iranian cinema.”

“Every Iranian has the right to return to his country, and no official can prevent him. But if anyone commits an offense, he must be dealt with in accordance with the law. [Therefore], everyone who wants to return to Iran [won't see] a red carpet rolled out for him,” said the prosecutor general.

According to Jahed, Vossoughi’s return to Iran is tied to the “permission of high-ranking officials,” and neither the Ministry of Culture nor other related cinematic organizations have such authority.

“I think it [might work] if Behrouz comes back to Iran quietly and without any prior notice, though even that might be a risk. But the establishment would definitely not like to see a flood of people going to the airport to welcome him and turn his arrival into a political event,” he said.