The UAE contribution comes after Expo 2020 Dubai organizers signed a $1 million lobbying contract to promote the world’s fair in the United States. 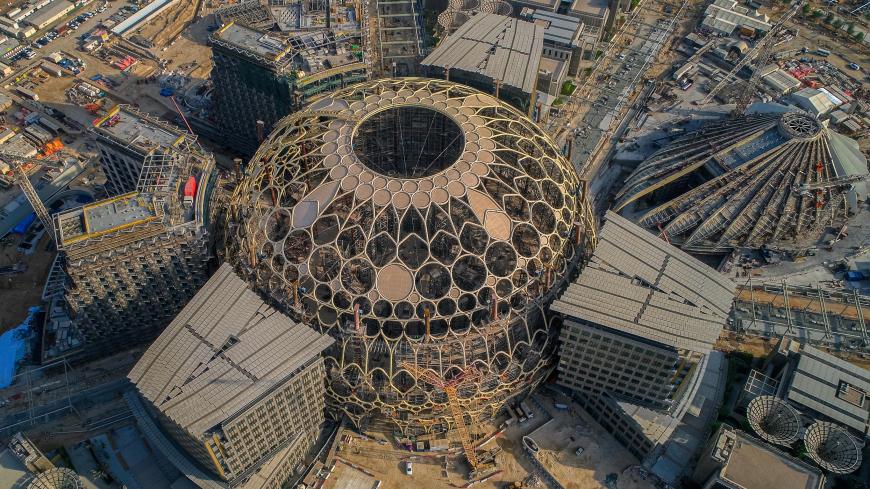 An aerial view taken after the recent crowning of Al Wasl dome shows the progress of construction at the Expo 2020 site in Dubai, United Arab Emirates, in this undated picture obtained Sept. 19, 2019. - Expo 2020/Handout via REUTERS

After struggling to raise the required $60 million from private sources, the State Department announced today that the United States would nevertheless have a pavilion at this fall’s Expo 2020 Dubai after securing funding from an unexpected source: the United Arab Emirates government itself.

“The US pavilion is made possible by the generosity of the Emirati government in recognition of the strong partnership between the United States and the United Arab Emirates," the State Department said in a statement. "This is a historic opportunity for a global audience to experience the U.S. pavilion and Expo 2020 Dubai when it opens its gates in October 2020 for an expected 25 million visits during the six-month long event."

US participation had been in doubt after Congress declined to authorize taxpayer dollars to make up for the shortfall, triggering criticism that the United States risked losing clout to China and other rising powers if it skipped a global event that organizers expect to attract 25 million visitors and 190 participating countries. Last month the State Department said it was “exploring other options that would allow for the United States to participate.”

While the gift allows the United States to save face, US participation is also critical to the UAE’s plan to use the expo to showcase an image of modernity and tolerance amid continued criticism of the monarchy’s human rights record and regional interventions from Yemen to Libya.

“The US must be present.” — UAE lobbyist Hagir Elawad

“US participation at Expo 2020 is valuable on several levels as it provides an unparalleled opportunity to promote both US commercial interests and public diplomacy efforts,” UAE lobbyist Hagir Elawad of UAE Strategies wrote in an Oct. 28 email to unidentified “colleagues” as Congress considered authorizing federal spending for a pavilion. “The US must be present.”