The United States' top military officer in Africa has warned that Ankara's decision to send troops to Libya "risks a significant escalation." 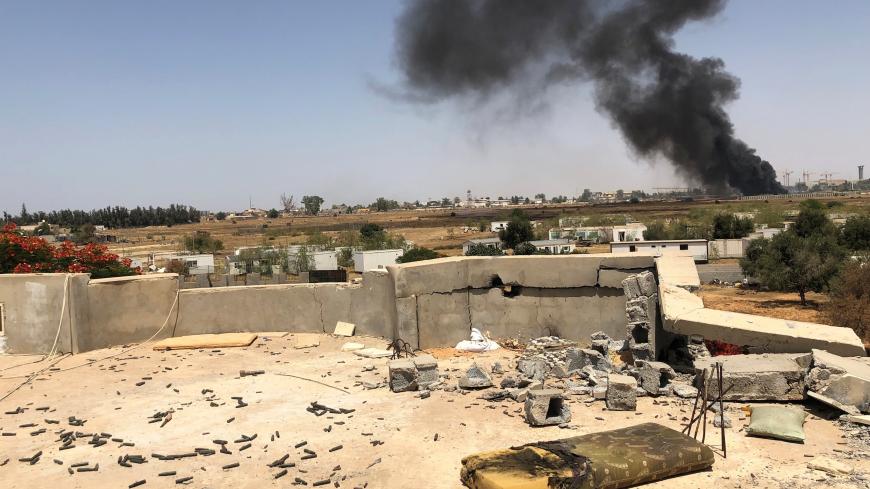 Turkey’s deployment of troops to war-torn Libya to head off the threat of private Russian military contractors threatens a significant escalation in the months-long conflict, the top US military officer in Africa said today.

Africa Command chief Gen. Stephen Townsend said the ongoing fighting in the country has left the international community “paralyzed” with “no real progress toward a political solution.”

“Turkey’s recent deployment of troops and hardware to counter the Russian PMCs risks a significant escalation as both Russia and Turkey are attempting to tip the scales in their favor,” Townsend said in a statement entered into the congressional record. “A potential bad outcome for both the US and NATO is Russia gaining access to oil and military bases with long-range anti-access area denial (A2AD) capabilities on NATO’s southern flank.”

Turkish President Recep Tayyip Erdogan first acknowledged that intelligence operatives supporting the Government of National Accord in Tripoli had deployed to the country in January, adding to a steady stream of weapons.

The UN-backed force that has faced a nine-month onslaught from eastern warlord Khalifa Hifter, who has received support from Russian private military contractors such as the Wagner Group, Egypt and the United Arab Emirates. A detachment of US marines left the country as Hifter began his advance in April 2019.

Townsend, who is facing a cut in his command’s 6,000 troops in Africa in an ongoing Pentagon review seeking to shift US resources to face down threats from China and Russia, said Moscow has “strong links” to Hifter's self-described Libyan National Army despite denying involvement.

The Pentagon is already concerned that Russia could be deepening its presence in Libya, which Townsend said is “frequently employed to secure Russian investments at the expense of Africans, to prop up corrupt regimes and establish a broader Russian military footprint globally.”

In November, Russian military contractors “almost certainly” downed an unarmed US drone using an advanced air defense system, Townsend said. Russia sold $1 billion in military equipment across Africa in 2017 and has military technology agreements with 36 countries, according to a summary provided by Africa Command.

But amid a potential cut in resources, members of the Senate Armed Services Panel expressed support at a hearing on Thursday to keep more resources in Africa Command, where 5,100 American troops are involved in combating terror.

“How much are you going to get accomplished with 6,000 people?” asked Senate Armed Services Chairman Jim Inhofe at the annual posture hearing with Townsend and US Southern Command chief Adm. Craig Faller. “If the object here is to reduce and to reposition, you’re talking about the two areas where there aren’t enough people to reposition.”