While some protesters living in tents are jobless and others have work, they are united in seeking a better future for their fellow Lebanese. 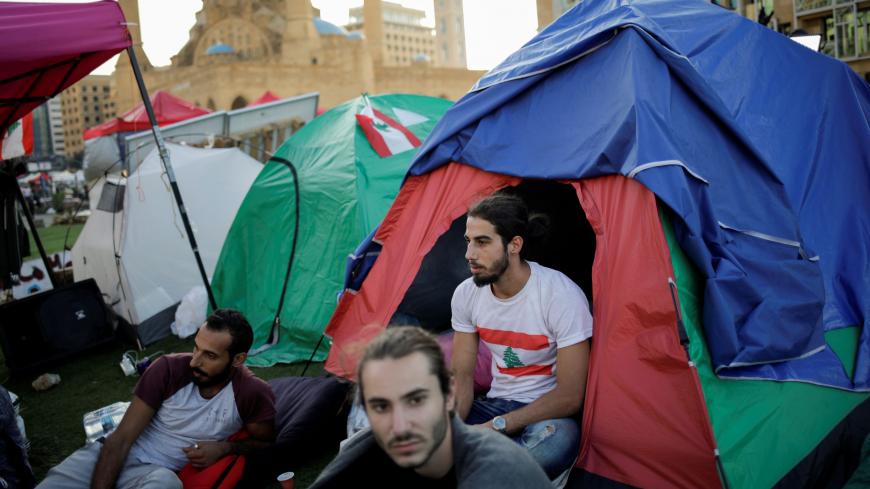 BEIRUT ‌— Since the start of the Lebanese uprising this past October, the protest square in the center of Beirut — Martyrs' Square — has been filled with tents erected by revolutionaries. Amid reports and efforts by the Ministry of Interior to remove such tents, a large number of demonstrators and protesters rushed Jan. 28 to resist the Internal Security Forces’ attempt to remove barriers blocking the road around the square and protecting their tents.

Nazih Khalaf is among the revolutionaries who have not left Martyrs’ Square since the start of the mass protests on Oct. 17, 2019.

“My name is Nazih Khalaf. Ninety-six days into the start of the protests that have been calling for basic rights, and as the state continues to disregard such rights, I announce that I am going on a hunger strike until such demands are fulfilled,” Khalaf said in a Jan. 21 post on his Facebook page.

When the popular protests broke out in various Lebanese regions Oct. 17, as a result of the deterioration of the economic and social conditions in the country, Khalaf, in his 40s, left his house, wife and 10-year-old daughter to sleep in the revolution squares in downtown Beirut.

Khalaf told Al-Monitor that the reason he took part in the protests was that most Lebanese feel they are foreigners within their own country, and some resort to raiding garbage bins to find bread crumbs to survive.

“It breaks my heart when my daughter asks me for 2,000 Lebanese pounds [$1.32]. I wonder whether I should give her the money as I think about how to cover lunch,” he lamented.

“I cannot even pay my electricity bills anymore. I am unemployed and have many obligations. I am sick and cannot afford my rent. I had no other choice but to take to the streets because I know that this is all due to corruption and due to leaders who keep stealing our money. I took to the streets to be able to provide for my daughter. That’s all. I do not want her to have to erect a tent one day just to claim her most basic rights,” Khalaf added.

He said he returned to Lebanon from Kuwait when his daughter was born about nine years ago. He opened a small home decor store, but he subsequently shut it down because he could not deal with the tough competition with imported products. He has been looking for a full-time job for two years now — in vain.

Khalaf has managed to survive thanks to a couple of freelance jobs he did here and there, but he hasn’t been able to cover his daughter’s tuition fees, let alone other financial obligations.

“We are hungry and have nothing to lose. We decided to take to the streets because this gave us hope and because we do not want to ask for anyone’s help. People in the squares are in severe pain. They are deprived of food. We saw some of them pick up food from garbage bins as officials continue to overlook their pain. This is why we spoke up. But no one gave heed to our demands,” he added.

Khalaf is among several citizens who erected tents in revolution squares in downtown Beirut and have been sleeping there for 100 days now. They live in these tents, even though some of them have homes and jobs.

But even if employed, protesters head to the squares after finishing work to call for holding corrupt officials to account and to claim rights related to health care, education, old age pensions and the eradication of sectarianism.

That some choose to sleep in their tents is quite telling. Two days before the start of the popular protests, Mahmoud al-Khash had to leave his home in Beirut and move to his family's house in southern Lebanon because he couldn’t afford rent anymore.

But when the revolution broke out, he did not hesitate to go back to Beirut.

“I only had enough to pay for the trip to Beirut. The first day I slept at my friend’s place, and when a lot of citizens took to the streets, I erected a tent in the revolution square in downtown Beirut and have been sleeping there,” he told Al-Monitor.

He said he has been going through tough circumstances over the past two years. He is unemployed and his rent was $250 per month. He cannot even afford to buy food.

However, the real tragedy he faces is that he was born to a Lebanese mother and a Syrian father in Lebanon. Although he grew up in Lebanon, he continues to be treated as a foreigner.

“No one would employ me despite the fact that I have a permanent residence permit. I do not have Lebanese citizenship. I started drawing and selling paintings although I hate to sell my paintings. I had no other choice. I also resorted to wood decor to make some profit,” Khash said.

Khash receives protesters in his tent and allows them to stay overnight until they set up their own tents and secure their needs. He also receives people who haven’t been able to pay their rent.

He said that he went through some difficult times in the square, as young supporters of political parties in power repeatedly tried to invade the protest tents.

“However, I will never forget the beautiful square experience once the revolution is over. I will then pack up my things and leave. I hope I will have found a job by then but I call on everyone to take to the streets for now so we bring about change.”

Protesters may have different stories, but they have all been suffering one way or another.

Rola Kanaan, often referred to as “Chef of the Revolution,” lost her job four months ago due to the financial crisis plaguing the country. She prepares food for the protesters in a tent set up in Lazarieh Square in downtown Beirut and dubbed the kitchen tent. She lives in the Tariq el-Jdideh neighborhood of Beirut.

“I am here because I fully support the demands of the revolution. I have a daughter and am unemployed. We want a pension plan and health care. We want jobs, water, electricity and medicine. That’s all we want. I hope our basic rights will be met. The revolution shall continue for this specific purpose,” she told Al-Monitor.

To survive, Khash sometimes brings food from the kitchen tent, while the rest of the time he relies on the food his mother sends him. His tent in Lazarieh Square only consists of a small mattress, a pillow, a seat and a table with some coffee and tea. His painting kit also always accompanies him wherever he goes.

Rima, or Um Ahmad, as she introduced herself, is a woman in her 30s who works as a principal in a Beirut school who did not want her last name used out of fear of retaliation. She has been roaming the revolution squares with her three kids and husband since the start of the protests. She eventually set up a tent near the Al-Amin Mosque in the center of Beirut.

“It was really upsetting to see the crackdown on protesters at the beginning of the revolution. None of the politicians asked about the protesters’ demands, so I decided to take to the streets because we are all somehow affected by the deteriorating living conditions. People are begging for a hospital bed. It frightens me just to think that my son might not find a job when he grows up and might not be able to provide for me in a country where there is no old age pension. The young people expressing their opinion should not be suppressed,” she told Al-Monitor.

Every day, Rima goes to school to do her work and then returns to her tent in the square and sleeps there.

“The revolution gave me hope that my children won’t be raised on sectarianism. I am a Sunni from Beirut and my husband is a Shiite. I do not want my son to be despised in my area. This is such an ugly feeling,” she said.

Rima said she hopes that “all those who are in power will be toppled.”

For his part, Khalaf believes that good things are lying in store for Lebanon. “Even citizens who usually support political parties are starting to join the protests,” he said.

He concluded by saying, “We shall not give up hope of bringing about change. We are willing to stay one solid year in the squares if that is what it takes for our demands to be met.” 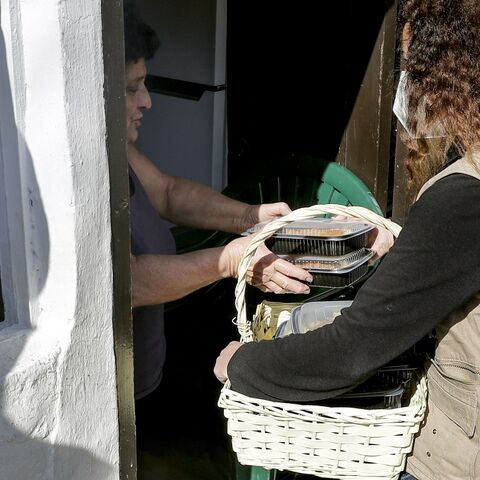