The possibility of lifting Prime Minister Benjamin Netanyahu's immunity after the Knesset was dissolved is exactly the sort of move that an effective opposition is expected to promote. 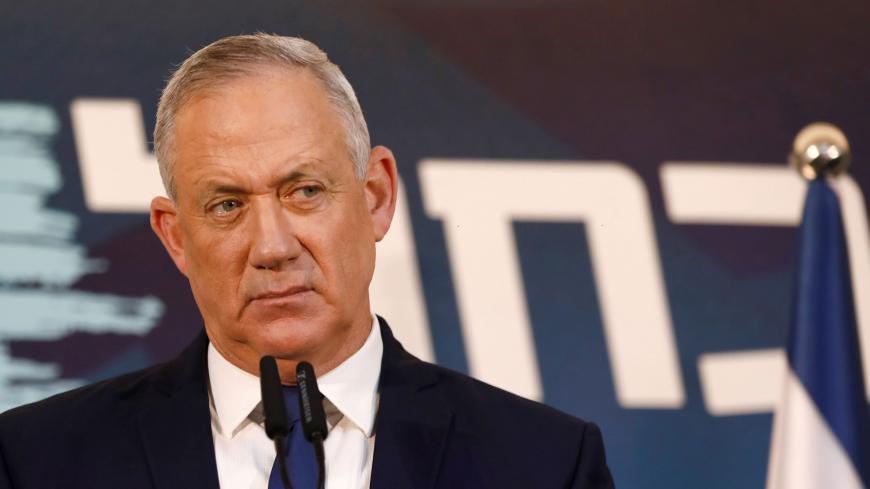 The fight being waged over the past few days to have Prime Minister Benjamin Netanyahu’s immunity removed even before the election on March 2 is the most effective opposition effort seen in the Knesset in years.

On Jan. 12, Knesset Speaker Yuli Edelstein will have to decide whether he will allow the formation of a new Knesset House Committee to discuss Netanyahu’s immunity. The Blue and White party has already threatened that if he vetoes the demand of 65 Knesset members to form the committee, they will take steps to replace him. This extremely aggressive tactic signals that the Blue and White party is starting to use the same methods against Netanyahu that he himself would have no qualms using to get what he wants. Will they go all the way with their threat? There is no way of knowing. What is clear now, however, is that there are finally people in the Blue and White party who understand the role of an opposition and are willing to take shrewd advantage of existing parliamentary and legal procedures. All of this places Netanyahu and the Likud party on the defensive.

When Netanyahu submitted his request for immunity Jan. 1, he acted as if he had no choice and was compelled to do so — and he did it on the very last day that the law allowed him to use this right. Had he not done so, his immunity would have been lifted automatically, which would have meant that his trial could commence. This request for immunity posed a crisis for Netanyahu, because it presented him as someone who was afraid of facing trial. Furthermore, just a few months ago, he denied that he would ever do that. Then, one day after he made his request, he could sigh in relief. Polls show that he survived the event. Support for him did not drop, and the Likud did not suffer as a result of it.

As it turns out, this feeling of relief was premature. Netanyahu had a surprise waiting for him right behind the next door. The Blue and White party announced that if Netanyahu wants immunity, they will take steps immediately to form an impromptu House Committee to discuss his request. What this would mean is that Netanyahu could lose his immunity even before the election. Nevertheless, Netanyahu was not too upset. He assumed that the Blue and White party’s initiative would fall apart, because forming a Knesset committee during an election campaign is such an exceptional move. But there was another surprise waiting for him. The Knesset’s legal adviser, Attorney Eyal Yinon, ruled Jan. 5 that there is nothing to prevent the creation of a new committee right now.

The release of this legal opinion caused a serious commotion in Netanyahu’s circles and signaled the launch of a new delegitimization campaign — this one against the Knesset’s legal adviser. Evidence that he allegedly acted while having a conflict of interest made its way quickly across social media. It was argued that he should have recused himself because his spouse Amit Marari was a member of the committee of attorneys in the state prosecution’s office, which wrote the indictment against the prime minister. The battle over this is still being fought, with Netanyahu’s side having two of its top people spearheading the assault: Justice Minister Amir Ohana and Likud faction chairman Miki Zohar.

In the next stage — apparently on Jan. 12 — Yinon is expected to submit another opinion to Edelstein over whether he can veto the creation of such a committee in his capacity as speaker of the Knesset. There is no one in the Likud who would be willing to trade places with Edelstein now. On the one hand, he is expected to act in an official manner. On the other hand, if he does take steps to bring about the formation of a new House Committee, he would be acting against the interests of Netanyahu and the Likud. This could hurt him within his own party.

Meanwhile, the Blue and White party is enjoying every minute of this. Edelstein is sweating already, Netanyahu will likely end up caught in the kind of scenario that he never expected, and that in the middle of an election campaign. Meanwhile, Blue and White is successfully dominating the agenda. The media will continue discussing whether it will carry out its threat and replace Edelstein until Sunday at least. While this would serve that party’s interest, it hardly helps Netanyahu.

For years, Netanyahu has treated the Knesset as his personal playground. For the past few days, however, his position has been dire. During most of his many years as prime minister, he never had to face an opposition with teeth. He did what he wanted in the Knesset, dissolving it when it was convenient for him and advancing elections time after time. He was a cynical manipulator, who used the tools at his disposal to maneuver his opposition rivals into situations where they would suffer humiliating losses. Just a few months ago, in June, in a secret Knesset vote to select the next State Comptroller, Netanyahu was able to overcome his political weakness and ensure that his candidate, Matanyahu Engelman, got the job. This turned out to be an embarrassing defeat for the Blue and White party, which had run a very capable candidate, Brig. Gen. Giora Romm, and could have gotten a majority for him had it played its political cards right. Instead, the party’s leaders appeared apathetic, as if they didn’t understand the inherent potential.

For the last week, the Blue and White party has been showing real signs of activity. One person having a hard time with this is Knesset member Zohar, who has been whining about being the victim. In interviews with the media, he calls the Blue and White party’s insistence on forming a new House Committee “political and unconstitutional.” He also claims that if a committee is formed now, it could be used in Blue and White’s election campaign. Furthermore, he argues that the move is problematic from the outset, because the committee can be expected to have a majority to remove the prime minister’s immunity, and that Netanyahu’s arguments would fall on deaf ears.

Zohar is right. A debate over removing the prime minister’s immunity after the Knesset was dissolved is certainly an unusual move and completely political. But this is what an effective opposition is expected to do, especially during such a dramatic election campaign against the Likud. The problem is that Zohar — not to mention Netanyahu — has gotten used to the idea that the Likud is “in charge” in the Knesset, and that they (the Likud) are the only people entitled to control its committees. They could even “buy” Knesset members from the opposition by promising them budgets, and no one would stand in their way.

For many years it worked. The center-left camp was so divided that it never succeeded in presenting an alternative to Likud rule. Then, the Blue and White party came along and changed the balance of power. Of course, it didn’t happen from the outset. Netanyahu found it fairly easy to dissolve the Knesset after the April 2019 election and then, much to everybody’s shock, send the country to a second and third round of elections. The way it now looks, if he had been facing an effective, experienced and artful opposition, like the Blue and White party is becoming, it is not at all certain that he would have succeeded.