IRGC general claims Iran did not target troops in attack

The Islamic Revolutionary Guard Corps' Aerospace Force commander has said that Iran targeted a command center in its missile attack in Iraq. 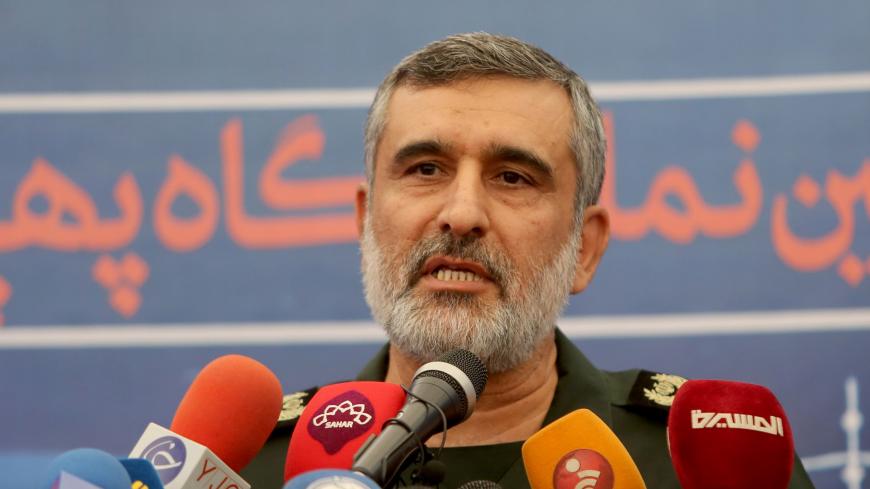 Hajizadeh first addressed a topic under debate by many analysts and Iran observers: whether Iran intended to kill American troops stationed at Ain al-Asad base in Iraq in the missile attack. “We could have targeted their lodging,” Hajizadeh said of US troops stationed at the base. “But we were not after killing individuals. We were determined to damage the war machine and their command and control center.” He claimed that the main control center at the base was destroyed in the attack.

A number of Iranian media outlets also have reported US dead and wounded, though the United States denies suffering casualties. An article for the Tasnim News Agency claims that the number of those killed and injured will soon be revealed. Hajizadeh reiterated the claim that “tens were killed and injured” but added, “We could have designed the operation such that in the first step there could have been 500 deaths.”

Hajizadeh said, “Damaging American air bases or downing their airplanes or even killing [President Donald] Trump do not have that much value. The real value of the blood of martyrs is — as the supreme leader said — the complete expulsion of America from the region.”

Hinting that the transnational groups that Iran supports would be involved in expelling the United States from the region, Hajizadeh encouraged regional governments to pressure the United States to leave. “It is natural that people and resistance groups will work to expel the Americans,” he said. “I hope that governments are proactive, just as the government of Iraq and its parliament passed a bill to expel American forces. Otherwise, the people will expel the Americans through force.”

Hajizadeh gave the speech standing in front of the flags of Iran, the IRGC and various transnational groups they support, including Lebanon’s Hezbollah, Yemen’s Ansar Allah (the Houthis), Iraq’s Popular Mobilization Units, Palestinian Hamas, the Afghan Fatemiyoun and the Pakistani Zainabiyoun. The last two groups are involved in fighting in Syria.

Hajizadeh said that Iran had expected retaliation after its missile strike. Comparing it to previous attacks on Islamic State bases, Hajizadeh said, “In previous operations against terrorist bases like Daesh we did not expect a confrontation, but Operation Martyr Soleimani was against the Americans.” He continued, “After World War II not even a bullet was fired in their direction,” saying that Iran had prepared for war and a much more widespread attack once the United States retaliates. He added that though Iran launched 13 missiles, it has prepared hundreds more in case of US retaliation.

Hajizadeh also claimed that immediately after the missile attack began, Iran conducted a cyber attack against the navigation systems of American aircrafts and drones. “Fifteen minutes after the operation a large electronic operation was done and [the United States] lost control of its drones for moments,” he said. “This action was a psychological blow to them.”