Intel: Will US citizen's death result in sanctions on Egypt?

Moustafa Kassem, a US citizen detained in Egypt for more than six years, died in prison Monday after a heart attack stemming from his yearlong hunger strike in protest of his incarceration. 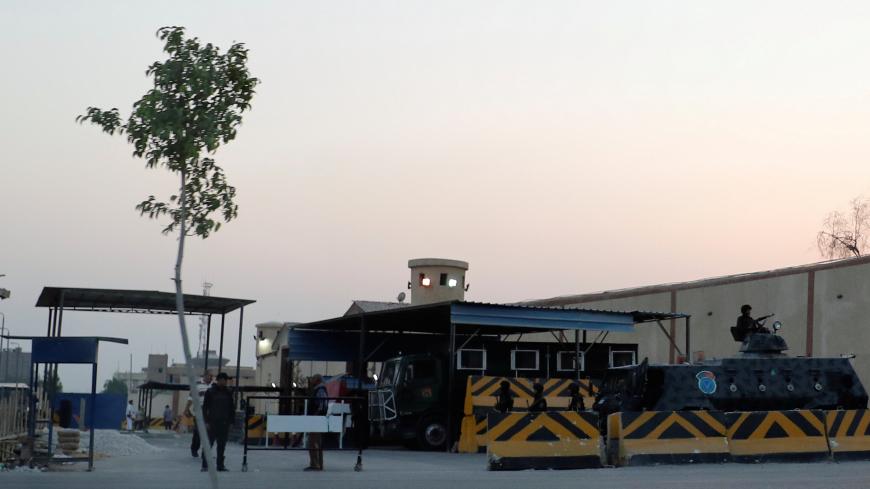 Moustafa Kassem, a US citizen detained in Egypt for more than six years, died in prison Monday after a heart attack stemming from his yearlong hunger strike in protest of his incarceration.

While Assistant Secretary of State for Near Eastern Affairs David Schenker called Kassem’s death “needless, tragic and avoidable,” it also raises questions as to whether the Donald Trump administration will sanction — as directed by Congress — Egyptian officials involved in his incarceration.

Why it matters: The Republican-controlled Senate foreign aid panel passed a bipartisan amendment to a report accompanying its annual spending bill last year that instructs the Trump administration to place visa bans on Egyptian officials “involved in the wrongful imprisonment” of Kassem. The legislation also directs Secretary of State Mike Pompeo to bar Egyptian, Saudi and Turkish officials from entering the country if they “have been involved in the wrongful detention of locally employed staff of a US diplomatic mission or a US citizen or national.”

While the final conference report on Congress’ foreign aid spending bill does not explicitly contain that Senate’s sanctions amendment — or make any reference to Kassem — a Senate Democratic aide told Al-Monitor that the sanctions provision on Egyptian officials still carries the force of law.

“It is in the Senate committee report, and since it was not specifically negated by the final conference agreement, it stands as if it were included,” the Senate aide told Al-Monitor.

What’s next: Trump has famously referred to Egypt’s President Abdel Fattah al-Sisi as “my favorite dictator.” And while Congress has become increasingly bullish on sanctioning US allies in the Middle East, the White House convinced lawmakers to drop similar Saudi sanctions legislation last year over the Jamal Khashoggi murder. Trump has also refused to implement legally mandated sanctions on Turkey over its purchase of a Russian missile-defense system.

It also remains unclear whether lawmakers — particularly Trump’s Republican allies — will pressure Pompeo to implement the visa bans on Egyptian officials involved in the detention of Kassem and some 20 other US citizens. But at least one has already panned Cairo.

“An American citizen was wrongfully accused [and] unfairly jailed by the government of Egypt,” tweeted Sen. Marco Rubio, R-Fla. “Now he is dead. Completely outrageous that this happened at the hands of a government that is supposed to be a partner.”