Congress is pushing President Donald Trump to sanction Egyptian officials after Mustafa Kassem, a US citizen, died after six years in prison. 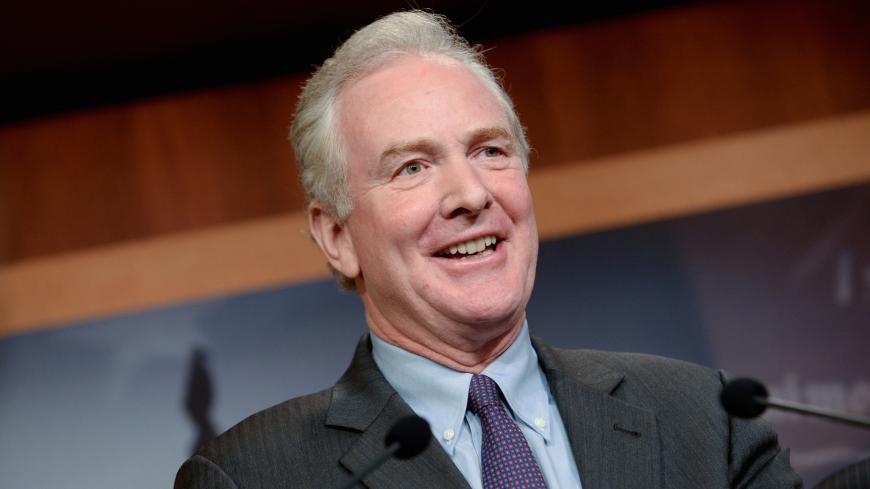 Congress is pressuring President Donald Trump to implement legally mandated sanctions on Egyptian officials following the death of a US citizen this week after more than six years of detention in a Cairo prison.

Mustafa Kassem, a diabetic, died of a heart attack on Monday stemming from his yearlong hunger strike in protest of his incarceration. Lawmakers immediately clamored for the Trump administration to place visa bans on Egyptian officials involved in his detention, as required under the government funding bill the president signed into law last month.

“The State Department should immediately implement our provision to prevent foreign officials involved in the wrongful detention of American citizens from entering the United States, especially following the tragic death of Mustafa Kassem,” Sen. Chris Van Hollen, D-Md., who introduced the bipartisan sanctions measure in the Senate foreign aid spending bill last year, told Al-Monitor. “Egypt’s long history of unjustly detaining American citizens and nationals is exactly why we singled it out in our bill.”

Van Hollen and Sen. Patrick Leahy, the top Democrat on the Appropriations Committee, sent a letter to Trump today calling on him to ban Egyptian officials involved in Kassem’s detention and death from entering the United States.

The letter also asks Trump to hit the officials with sanctions under the Global Magnitsky Human Rights Accountability Act, which would block their US-based assets and prohibit American transactions with them.

“You have repeatedly stated that your highest priority is the protection of American citizens,” the Democratic senators wrote in the blistering letter. “Yet US efforts to secure the release of Mustafa Kassem, or other Americans detained in Egypt, are grossly undermined when you refer to President Sisi as ‘a good man’ or your ‘favorite dictator.'"

A State Department spokesperson told Al-Monitor that the Trump administration is “reviewing all options” after Kassem’s death but declined to “discuss policy deliberations or our communications with Congress.”

“We are saddened by the needless death in custody of Mustafa Kassem and send our condolences to his wife and family,” said the spokesperson. “We have demanded more information from the Egyptian authorities as to the details of his death.”

Van Hollen and Leahy noted that the 2020 foreign aid bill contains a statute banning foreign officials and their immediate family members from entering the country if they “have been involved, directly or indirectly, in significant corruption,” which includes “a gross violation of human rights.”

The letter also points to Van Hollen’s bipartisan amendment to the report accompanying the Senate foreign aid bill, which specifically directs the State Department to place visa bans on any Egyptian officials involved in Kassem’s detention. (The Van Hollen amendment also specifically singles out Egyptian, Saudi and Turkish officials for visa bans if they wrongfully detain American citizens or US consular employees.)

Rep. Peter King, R-N.Y., Kassem’s congressman, also became the first Republican to call for Egypt sanctions on Wednesday at a Capitol Hill event commemorating Kassem. The event was organized by the Project on Middle East Democracy, which supports the sanctions measures and advocates for Congress to cut and condition Egyptian military aid as leverage over the Sisi government.

“I am calling on the administration and the American government to assert the strongest possible pressure on Egypt, including threatening and enacting sanctions if we have to, and also accountability as to who did it and who’s responsible and what assurance do we have for the other remaining Americans who are still in Egyptian jails,” said King, who is retiring at the end of the year.

“I would like the State Department to cooperate more and share publicly the names of Americans being held in Egypt,” said Aya Hijazi, another US citizen previously detained by Egypt until the Trump administration secured her release. “Let us know who they are and why they’re there, let us save their lives.”

The State Department spokesperson told Al-Monitor that US officials “will continue to raise our serious concerns over human rights and Americans detained in Egypt,” but that it would not share the names of detained Americans “due to privacy considerations.”

Egyptian security forces beat and detained Kassem, a dual US-Egyptian citizen, while he was visiting his family in 2013. He was at a mall near Cairo’s Rabia al-Adawiya Square. The security forces were, at the time, shooting protesters in the square demonstrating against the military coup that ousted the late President Mohammed Morsi, Egypt’s first and only democratically elected president.

Kassem smuggled a letter addressed directly to Trump from his Cairo prison when he began his hunger strike in 2018.

“I pray that you secure my freedom from an Egyptian prison and government that you just gave $1.2 billion,” wrote Kassem. “Like you I am from New York, and like you I am devoted to my children. The dream of returning to them has kept me alive for the past five years after being arrested and beaten by Egyptian Army and police officers for no other reason than being an American.”

It remains to be seen whether other Republicans will join Van Hollen, Leahy and King in pushing Trump to sanction Egyptian government officials.

“I call on Egypt to release all other American detainees, political prisoners, peaceful protesters, journalists, lawyers and other members of civil society unjustly detained,” said McCaul.