Democrats hoping to oust President Donald Trump from the White House this year wasted no time in condemning the strike that killed Gen. Qassem Soleimani, the leader of the Iranian Islamic Revolutionary Guard Corps' Quds Force. 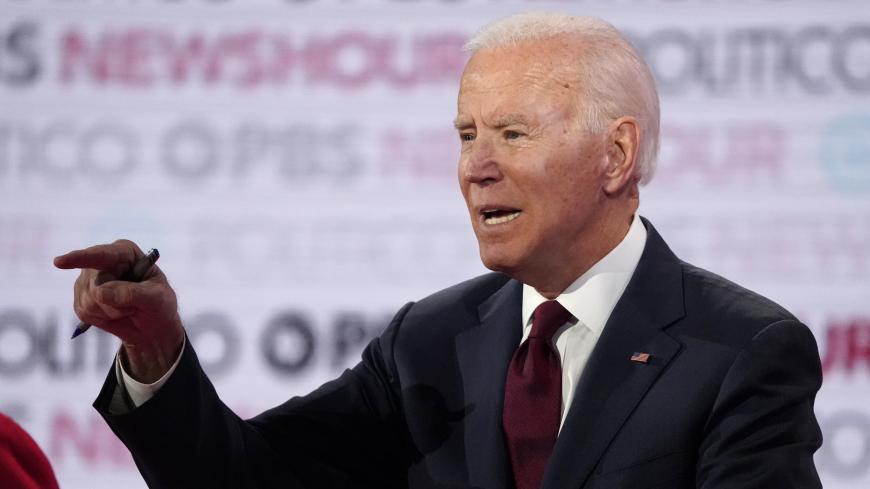 Democrats hoping to oust President Donald Trump from the White House this year wasted no time in condemning the strike that killed Gen. Qassem Soleimani, the leader of the Iranian Islamic Revolutionary Guard Corps' Quds Force.

The Democratic frontrunner, Vice President Joe Biden, accused Trump of tossing “a stick of dynamite into a tinderbox” and called on the president to explain “the strategy and plan to keep safe our troops and embassy personnel.”

Sen. Bernie Sanders, I-Vt., cited the destabilization that resulted from the Iraq war and argued, “Trump’s dangerous escalation brings us closer to another disastrous war in the Middle East that could cost countless lives and trillions more dollars.” Similarly, Sen. Elizabeth Warren, D-Mass., said, “This reckless move escalates the situation with Iran and increases the likelihood of more deaths and new Middle East conflict.”

Why it matters: The entire Democratic presidential field has criticized Trump’s "maximum pressure" campaign against Iran, which started with his withdrawal from the nuclear deal in 2018. They argue that the mounting pressure on Tehran has created an escalatory spiral that culminated this week when an Iran-backed militia exchanged fire with US forces in Iraq, leading to the militia’s supporters storming the embassy in Baghdad and ultimately the US strike on Soleimani.

What’s next: As tensions between Washington and Tehran continue to escalate throughout the Middle East, Democrats could place greater emphasis on the risk of war with Iran in the leadup to the Democratic primaries, which begin next month. An August Gallup poll found that only 18% of Americans favor military action against Iran.

Know more: Read Pentagon correspondent Jack Detsch’s write-up detailing the impact of the Soleimani strike here. And read diplomatic correspondent Laura Rozen’s story to find out how close US allies and hawkish Democratic lawmakers have responded to the strike.