In the latest Cabinet reshuffle, the Egyptian Ministry of Investment was replaced by the General Authority for Investment, whose assignments have been tasked to the premier, raising controversy. 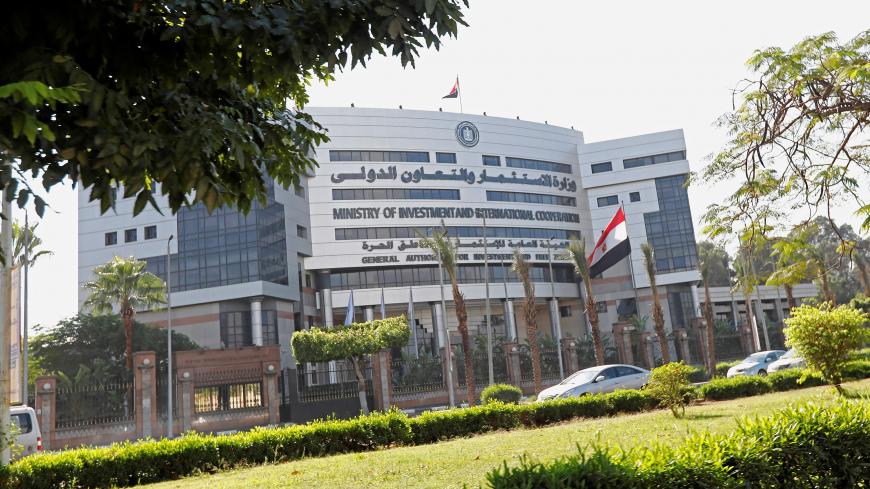 A partial Cabinet reshuffle took place in Egypt Dec. 22 following the parliament's approval, witnessing the replacement of some ministers and the merger of some portfolios. The recent reshuffle, which is the first since June 2018, targeted 11 ministries and saw the appointment of some deputy ministers.

In a groundbreaking move, the Ministry of Investment has been replaced by the General Authority for Investment (GAFI) and became affiliated to the prime minister, a matter that triggered debate over the key reasons lurking behind this move, besides its impact on the investment sector. Now, the investment minister's responsibilities have been assigned to incumbent Prime Minister Mustafa Madbouly.

On Dec. 24, Madbouly paid a visit to the Investor Service Center, which is affiliated to GAFI; this was his first visit after taking charge of the investment file through GAFI, just two days after the Cabinet reshuffle.

During the visit, he stressed that the government's goals are to increase the flow of foreign investments, facilitate investment procedures and solve investors' problems.

“I am not an investment minister. GAFI just returned to its previous condition as an authority under the direct supervision of the Cabinet with the key aim of enabling it to achieve its tasks,” Madbouly said.

Meanwhile, the Egyptian premier noted that the overlap and the intermingling of GAFI files with numerous entities was the key reason behind its affiliation to the Cabinet. “This will facilitate cooperation procedures with diverse entities. The same thing happened with the Micro, Small and Medium Enterprises Development Agency that has recently been affiliated to the Cabinet,” Madbouly argued.

What makes this reshuffle more controversial is that it has not only witnessed replacement of ministers as in the previous reshuffles, but it also turned the Investment Ministry into an authority — a move that gained the support of Egyptian parliament members who expect that this will reinvigorate the investment sector.

Speaking to Al-Monitor, Hassan el-Sayed, member of the parliamentary Economic Affairs Committee, highly lauded this move, stressing that it will breathe new life into the investment sector. “Turning the Ministry of Investment into an authority under the Cabinet's supervision helps curb bureaucracy and problems of the administrative structure. It also gives the authority more powers to work freely,” Sayed said.

Financial and administrative corruption, not only in the Investment Ministry but in numerous entities dealing with the investment file, negatively affected the investment atmosphere, Sayed added.

“We, the local investors, suffered a lot from bureaucracy and corruption, a matter that also gave foreign investors a negative impression. Moreover, the Ministry of Investment had no noticeable role or actual impact during the recent period in terms of luring investments despite the amendment of investment legislation and the conclusion of more agreements. Therefore, replacing the ministry by GAFI is a step in the right direction,” he noted.

Though the ministry has been replaced by GAFI, the responsibilities of the investment minister have been assigned to the premier since this position cannot be removed under the provisions of Investment Law No. 72 of 2017.

Under this law, there shall be a minister specialized in investment to establish new free trade zones or approve offering new incentives. More importantly, according to this law, the investment minister is the board chairman of GAFI along with seven other members.

“I am not happy with the decision of replacing the Investment Ministry with GAFI. But what gives me a glimmer of hope is that I think this government is temporary. I expect that there will be a comprehensive reshuffle in the upcoming period,” Rashad Abdo, head of the Economic Research Forum, told Al-Monitor.

He based his expectations on previous leaks that the ministers who were highly expected to be removed, like the ministers of health and education, remained in position, which means that this Cabinet is temporary and a comprehensive reshuffle will take place soon to change the whole Cabinet.

Abdo said that GAFI is just a promotional authority and cannot replace the Investment Ministry. “GAFI cannot take the crucial decisions related to the economic file. Meanwhile, I do not understand the absence of an investment minister. We have numerous qualified cadres who can take this position,” Abdo added.

Regarding claims that there was no Investment Ministry in the past, Abdo said there was no such ministry but there was a Ministry of Economy. “For instance, Yusuf Botros Ghaly was the minister of economy in 1997. The names of the ministries have been changed, but there has always been a ministry specialized in the economic field," Abdo argued.

Abdo expressed his appreciation of the premier's efforts, but he said this file should be supervised by veteran economic experts. The premier was the housing minister and he does not come from an economic background.

“The failure of certain ministers to achieve certain goals does not mean that the whole ministry is useless,” he concluded. "However, I strongly believe that change is looming and will be drastic since President Abdel Fattah al-Sisi is giving top priority to the economic file.”