The Turkish Parliament will vote on sending soldiers to the north African country to support its internationally recognized government, but the deployment could entrench Turkey in Libya’s long-running internal strife as well as intensify regional tensions. 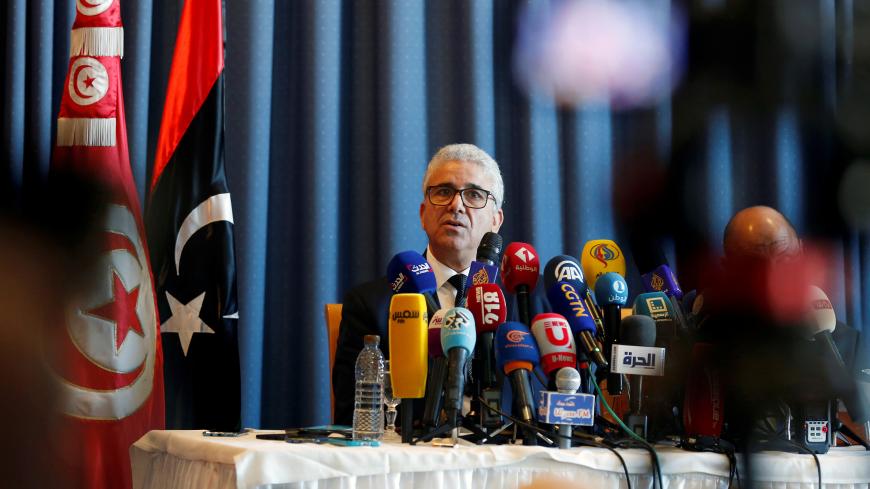 Turkey agreed in November with Prime Minister Fayez al-Sarraj’s Government of National Accord (GNA), which was established in 2016 under a United Nations-brokered deal, to a defense arrangement that includes sharing intelligence and shipping arms.

Now, Erdogan may up the stakes by putting Turkish soldiers on the ground in the north African country, which has been wracked by civil strife that has mutated into a proxy war stoked by neighboring countries, Persian Gulf states and European governments.

The GNA is battling to keep control of the capital Tripoli during an eight-month siege by commander Khalifa Hifter’s renegade Libya National Army (LNA). The offensive, which has killed more than 1,000 people, is but the latest chapter of violence in Libya since long-time dictator Moammar Gaddhafi was overthrown and killed by rebels backed by NATO in 2011.

Turkey, along with its ally Qatar, backs Sarraj’s government while their rivals the United Arab Emirates, Saudi Arabia and Egypt support Hifter. Sudan and Russia have sent thousands of mercenaries, according to Erdogan, and France has tacitly lent Hifter support, including purportedly sophisticated weaponry.

“We have given and will continue to give all kinds of support to the Tripoli government, which is fighting a putschist general backed by various European and Arab countries,” said Erdogan in a speech broadcast live. “Since we’ve been invited there, we will accept the request” to send soldiers, he said.

Parliament will vote on a motion for the deployment as early as Jan. 8, he added. Erdogan’s party and its nationalist allies have enough seats in the legislature to ensure the motion passes.

It was not immediately clear where the invitation for Turkish soldiers came from. A GNA minister said on Thursday that his government would only request such assistance if the violence in Tripoli worsens.

Erdogan has repeatedly said Turkey will send forces if invited. Violence spiked after Turkey and the GNA inked their deal on Nov. 27, with the LNA bombing sites in Tripoli and other cities that the rebel faction said held Turkish-supplied arms.

Turkey’s succor has been rewarded with the GNA’s recognition of Turkish territorial claims in the Mediterranean Sea. The two sides redrew maritime borders to include areas claimed by Greece and Cyprus, which want to build a pipeline to carry natural gas to Europe from the eastern Mediterranean.

Turkey was left out of the Eastern Mediterranean Gas Forum, established earlier this year by Cyprus, Greece, Israel, Jordan, Palestine, Egypt and Italy, because Ankara does not recognize Cyprus after invading the island in 1974 to protect an ethnically Turkish minority. It backs the breakaway Turkish Cypriot north, while the rest of the world considers the Greek Cypriot-dominated Republic of Cyprus the island’s sole legitimate authority.

Ankara turned to Libya, a failing state, and chose the weaker of the two main warring factions because of a lack of any better options, said political scientist Edgar Sar, chairman of IstanPol, a think tank.

“Turkey is at odds with Egypt, Israel and Cyprus, who have joined forces against Turkey, persuading Greece to come on board, in order to isolate Turkey. Erdogan and his government see that this is very much to Turkey’s detriment, and have started a dialogue with the few remaining actors in the region,” Sar told Al-Monitor.

Erdogan also made an unscheduled visit to Tunisia on Wednesday, where he discussed with President Kais Saied helping Libya’s warring parties reach a cease-fire and bringing them back to the negotiating table.

But few others are extending a welcome to Turkey. The European Union has threatened to sanction Turkey over its “unauthorized drilling” in Cypriot waters, where Ankara has also sent warships and drones to thwart EU member Cyprus’ hydrocarbon exploration. And the US Congress passed two bills this month that lift an arms embargo on Cyprus in a rebuke of Turkey’s activities in the Mediterranean.

“I don’t think Turkey is taking these risks for naught,” said Sar. “Erdogan and his government cannot avoid these risks, because there is nothing else for them to do.”