The congressional bill will exacerbate the economic situation in Syria and ultimately increase Syria’s dependency on Iran. 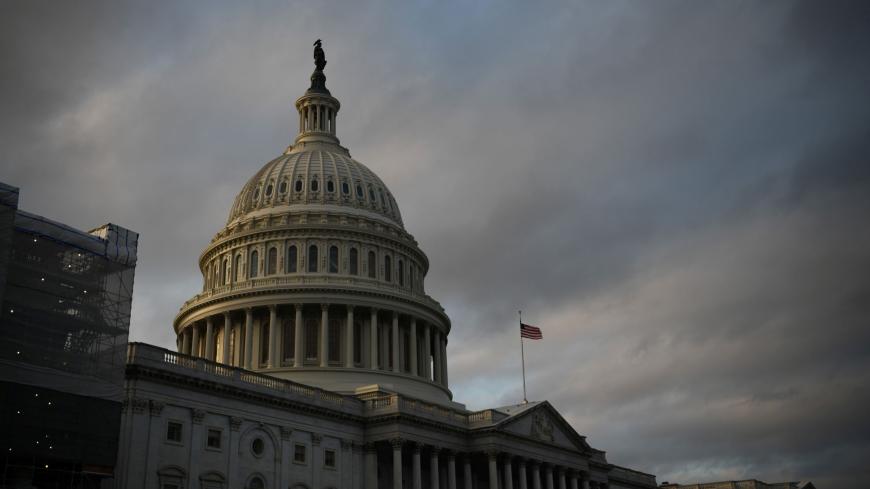 The US Capitol building is seen at sunset on Capitol Hill in Washington, Nov. 27, 2019. - REUTERS/Loren Elliott 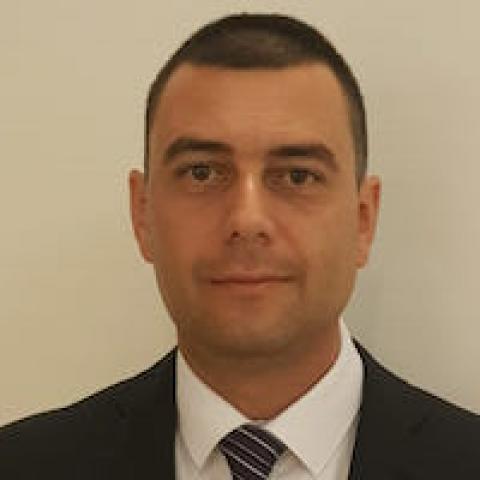 Recently, both chambers of the US Congress passed the Caesar Syrian Civilian Protection Act as a part of the National Defense Authorization Act. This bill is supposed “to hold Assad and his Russian and Iranian allies accountable for war crimes in Syria.” (The name "Caesar" was used by a person who secretly documented acts of torture by the regime). Within this framework, the bill “applies sanctions to those who lend support to the Assad regime’s military efforts in the Syrian civil war” and will allow foreign companies to be targeted if they start operating in Syria. This new legislation, signed by President Donald Trump, is likely to cripple the Syrian economy by disconnecting it from any international monetary institution, preventing the implementation of any legitimate private initiatives in the country and by blocking almost completely Syria's return to the Arab world.

This bill is clearly perceived by many in Washington as an appropriate response to the actions of the currently victorious, yet notorious and cruel, Assad regime. It represents the approach of those in the United States who see punitive sanctions as a goal in itself and not as a tool intended to serve realistic purposes — such as decreasing the Iranian military presence or promoting political reform that would lead to the integration of Kurds in the Syrian political system.

Paradoxically, demonstrating what historian Theodore White referred to as "the law of unintended consequences," this course of action is actually likely to increase the reliance of the population on the government, and postpone, if not kill, any hope of reform. It will increase the threats to Europe and to Israel’s regional partners. Worst of all, it will enhance Iranian regional entrenchment, as Tehran's slim support for Syria will become even more essential for the livelihood of the population.

Despite the vague stated purpose of achieving “accountability and justice,” the Caesar bill lacks a realistic endgame. This will not bring Assad and his close circle of advisers to capitulate, nor will it drive any of the top commanders of the Syrian army and security apparatus to turn themselves in to the international Court of Justice. It will not convince the Islamic Revolutionary Guard Corps (IRGC) from ceasing its activity in Syria.

This policy will be counterproductive because it will only drive away from Syrian society the talented, educated young generation looking for a brighter future. It will further consolidate the interdependency between the regime and what is left of the Syrian population, who will be even more convinced that the United States is taking revenge on all those who refused to rally with the mainly radical-Islamic armed opposition.

The heads of the Syrian regime and its security services will not suffer from a shortage in fuel resources and food. Their children will continue to be educated in the best schools of Damascus. The “people’s palace” on Mount Qasiun and the presidential offices in the Rawda neighborhood will not be cut off the electric grid. At the same time, 15 million Syrians in the territories controlled by the regime, of all faiths and sects, will suffer even more than they do today, since the US legislation will lead to price increases and shortages. The crumbs of services provided by the government will become Syrians' only hope in a reality where the economy is almost completely run by corrupt government officials and the mafias affiliated with the regime’s regional supporters — Hezbollah and Iran.

The Caesar Act will not ease the refugee crisis in Lebanon and Jordan either. It will increase the probability of further instability in both countries. From an Israeli national security point of view, it will pose, over time, more risks than opportunities and will jeopardize the interests of potential allies in the Gulf. Strangling Syria’s economy will most probably cause the already contracting economies of Lebanon, Jordan and Iraq to deteriorate even further. In such scenarios, those who are educated and capable leave, and those who are left behind will lose what little they had. As a result, more people will be vulnerable to the influence of pro-Iranian and Salafi-jihadi extremists.

It stands to mention that beginning with the 2003 war on Iraq, almost every Western intervention led by the United States in the Middle East, whether through military campaigns or the use of punitive sanctions, has brought about the strengthening of anti-Western forces: Iran and its proxies, or the most radical Sunni factions.

This bill will be no different. In the name of impossible-to-achieve accountability and justice, the United States will actually make things more difficult for Israel, Jordan, Egypt and Gulf Cooperation Council countries. The bill will engender a sociopolitical environment in which IRGC leader Qasem Soleimani and his cronies can expand their regional influence. It will deepen the perception that Russia is the only actor available to protect Arab regimes from Western political vengeance.

US and Western Mideast policy is a mix of idealism about how governance and judicial systems should be set up, and realism about the menaces in the region. Yet every time idealism drives policy (as in Iraq, Libya, Egypt, Syria and Yemen), extremist factions in the region (both Shiite and Sunni) gain the most. This drains the region of its minorities, drives religious friction and intolerance and pushes back progress made in terms of gender equality.

If the West, and especially the United States, is determined to promote its values in the Middle East, care should be taken to focus on the more basic elements that this region lacks, and mainly the promotion of coexistence, tolerance and equality. These values are more essential than forms of governance for the development of stable societies, at least at this stage. Moreover, they can be promoted through current political systems in the region, without going through the process of a breakdown of states and their institutions. It is only when these values become an inseparable part of the state of mind of communities that economies can start growing, and then there may be a chance for political evolution — but from within, with less violence and less risk of a complete social breakup.