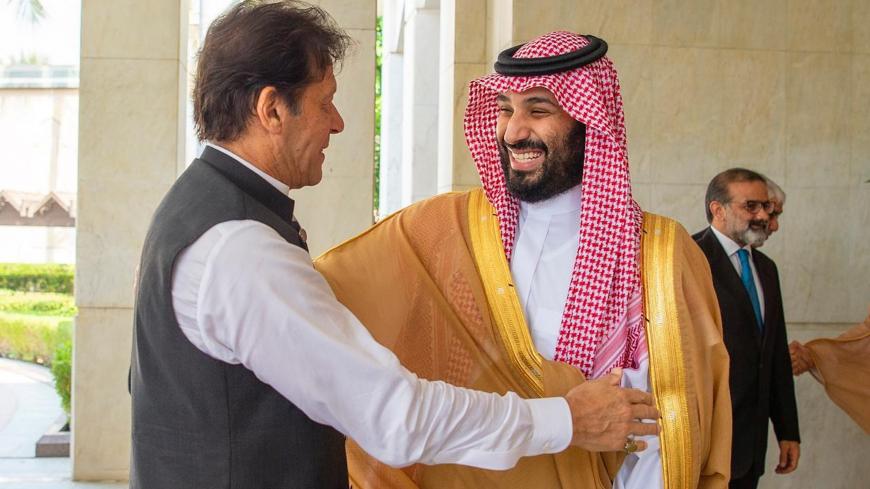 Malaysia is launching a summit this week that reflects Prime Minister Mahathir Mohamad’s vision for a new power bloc to address problems afflicting the Muslim world. But the upstart summit is causing controversy over its exclusivity, mainly because Iran was invited but its archrival, Saudi Arabia, was not.

Apparently, the idea occurred to the leaders of Turkey, Pakistan and Malaysia during a meeting on the sidelines of the UN General Assembly session in September. Later, Iran and Qatar were invited to participate.

But Mahathir just announced that Khan, who had already accepted an invitation to speak, will not attend, under pressure from Saudi Arabia. Also, Indonesian President Joko Widodo may be sending a representative rather than attending himself.

Some observers are comparing the KL Summit group with the Organization of Islamic Cooperation (OIC), as their main objectives are similar. But the difference is that many major Muslim countries have not been included yet. At a soft launch of the summit prior to the main event, Mahathir was recently asked whether the summit is an alternative to the OIC, and he replied, “OIC is a very big organization. It is very difficult for us to have such a big organization to the conference. That is why we started with five countries and we hope over time the other members of OIC will join in.”

Mahathir denied rumors that he expects the summit’s organizing group to replace the OIC.

Some critics say the OIC is losing relevance and a new broad-based alliance could help sort out differences in the current regional scenario. But major powers like Saudi Arabia are feeling left out of this process and perceive the KL Summit as a rival forum to the OIC.

Though other countries had also expressed interest, just five main states will decide the main direction of the Islamic alliance and lay its foundation. There is also a proposal to introduce a common currency.

At this point, it’s too early to assess whether Mahathir’s efforts will prove sustainable and effective, But the summit gained more relevance as the 40th Gulf Cooperation Council (GCC) Summit, held Dec. 10 in Riyadh, was unable to mend its divisions involving Qatar. And, Qatar’s emir confirmed he would attend the KL Summit, but he ignored King Salman bin Abdul-Aziz Al Saud’s invitation to attend the GCC meeting and sent Prime Minister Abdullah Bin Nasser Al Thani instead.

Discussing the KL Summit with Al-Khaleej news, Qatari journalist Jaber al-Harami observed, “The initiative is ambitious and comes in accordance with the aspirations of these countries, especially as some of them talked about the creation of an Islamic bloc focused on defense industries, development and good governance, and Qatar had a lead in this aspect.”

Malaysian Foreign Minister Saifuddin Abdullah has been visiting various Muslim countries to invite their leaders in recent months, including Oman, and ostensibly there are plans to include more states for the next summit.

As for Pakistan’s no-show move, the week ahead presents a very complicated scenario for Islamabad. Khan greatly appreciates Mahathir’s views on Kashmir, as they are similar to Pakistan’s, so the KL Summit is important to him.

The Pakistan Foreign Office had stated earlier, “The KL Summit will provide Pakistan with an opportunity to exchange views and find solutions to challenges facing the Muslim world.”

But Pakistan’s relations with Saudi Arabia apparently are more important.

After the Saudi hierarchy indicated it was not pleased with Pakistan’s participation in the KL Summit, and Saudi displeasure over the new bloc became obvious, Khan made an urgent visit to Riyadh to carry out consultations covering “bilateral matters and recent developments in the regional context,” the Foreign Office said.

On that visit, his fourth to Saudi Arabia since May, Khan must have tried to clear up any misunderstandings and keep Riyadh in the loop to contain the damage and reassure the Saudi leadership that ties between Pakistan and Saudi Arabia will not be affected by the new alliance. Islamabad has always worked to maintain its delicate balance between Iran and Saudi Arabia.

However, this time a whole faction of rival countries is forming a new bloc, and Islamabad will have to make sure that Riyadh is included in the next KL Summit.

Just days before that visit, Pakistani Foreign Minister Shah Mehmood Qureshi and the head of the Inter-Services Intelligence had traveled to the Saudi capital to “discuss the latest developments at regional and international arenas,” according to the Saudi Press Agency. For a couple of months, Pakistan’s civil and military leaderships have been paying frequent visits to the kingdom, trying to facilitate a rapprochement between Riyadh and Tehran.

At the latest meeting, with Saudi Crown Prince Mohammed bin Salman, Khan called for using diplomacy to solve Middle East disputes. The visit ended with the prince himself seeing Khan off at the airport.

It seems Islamabad will not risk upsetting Riyadh and will give priority to maintaining close Pakistani-Saudi ties.