The leadership of the religious-Zionism stream fears that Prime Minister Benjamin Netanyahu will take down with him the whole right-wing camp. 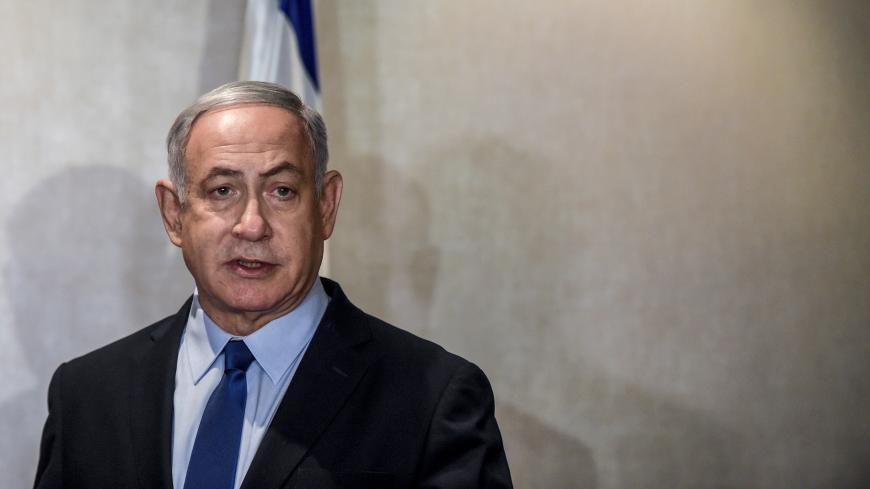 In the Nov. 29 edition of Makor Rishon, the leading newspaper of the religious Zionist movement, editor Haggai Segal published a column under the headline, “Time to resign.” In it, he wrote, “The right cannot wait. Time is against us in a terrifying way … [Prime Minister Benjamin Netanyahu’s] enemies have already succeeded in defeating him, so if he doesn’t want them to defeat the entire right, he has no choice but to surrender, instead of dragging us into a new election.”

Segal is a leading opinion shaper among the religious Zionist stream and settlers. Now, even he is joining a growing number of people in that camp, who believe that despite their unreserved support for Netanyahu, given the current political situation, he must give up his position so that the right-wing bloc can form a new government.

On Nov. 27, in a column for the Srugim website, Rabbi Yaakov Ariel was critical of those rabbis aligned with the religious right, who attended demonstrations in support of Netanyahu, arguing that a third election would be disastrous. “This election would result in a social, political and economic catastrophe for us and the country. We would be entering a bitter fight, which would spread an 'alien fire' across the country. And what would be left after that? Scorched earth. How will we be able to live here together after that?”

He continued, “Netanyahu will not form the next government. The right-wing camp is entering these elections battered and bruised. The religious Zionist movement is divided. The chance of reaching a clear [electoral] decision in its favor is slim, if not a pipe dream. We must not gamble away the whole pot, sacrifice all that we have achieved and give up on our objectives. We don’t need to fall on our swords with Netanyahu and commit suicide along with him.” Ariel went on to call on the religious Zionist camp to join forces with the Blue and White party, even if it means forming a narrow government without the Likud.

The same sentiment was heard in early October from Dudu Sa’ada, owner and publisher of the weekly BeSheva magazine and another leading opinion shaper in the religious Zionist community. He also called on Netanyahu to resign. Back then, Sa’ada told Al-Monitor, “I think that Netanyahu is the best prime minister that the State of Israel has ever known, and I don’t know if anyone can compete with him. But precisely because his shoes are so large and because it will be hard for anyone else to fill them, he must appoint a replacement.” Sa’ada added that one of the reasons he came out with this statement is because the country is so divided, even hinting that Netanyahu played a role in causing that rift.

Other comments do not call explicitly for Netanyahu’s resignation, but they insinuate that. An example of this can be seen in remarks by Yossi Dagan, head of the Samaria Regional Council in the West Bank and one of the most powerful people in the Likud party. He expressed support for holding primaries to determine who would lead the Likud, just as senior Likud member Gideon Saar has been advocating, even though this conflicts squarely with Netanyahu’s position.

On Nov. 26, the most intriguing proposal — pardon in exchange for Netanyahu’s resignation — was sent to President Reuven Rivlin by four rabbis from the more moderate wing of the religious Zionist movement. These were Rabbi Yakov Medan (who cosigned the Gavison-Medan Covenant for a new status quo on matters of religion and state), Rabbi Amitai Porat, Rabbi Haim Navon and Rabbi Amichai Gordin. In their missive to the president, they wrote, “Israel’s political system is currently facing an unprecedented and dangerous political and legal crisis — a crisis that threatens the political system’s ability to provide a response to the difficult challenges facing the State of Israel. We therefore plead with you to offer the prime minister full clemency in exchange for his resignation. We believe that such a move, which would determine neither innocence nor guilt, is the only way out of the situation we are facing.”

Why is the religious Zionist movement so terrified of a third election? Their main fear is that the parties representing this sector will end up losing even more seats. In the April election, the New Right party failed to pass the electoral threshold by just a few hundred votes. Had it entered the Knesset, Netanyahu would have been able to form a right-wing government. In the September election, the Yamina list — comprised of HaBayit HaYehudi, National Union and New Right — received only seven seats. But the right-wing, ultra-Orthodox bloc shrunk to 55 seats.

The second point is that the religious Zionist movement does not really consider the Blue and White party to be left wing. They do not feel that way about party leader Benny Gantz either, particularly since his statements often outflank the prime minister from the right. And they certainly do not feel that way about other Blue and White seniors, such as former Minister Moshe Ya’alon, Zvi Hauser or Yoaz Hendel, who are all considered political hawks. In fact, the only reason they are not in the Likud is because of personal feuds each of them had with Netanyahu. Defense Minister Naftali Bennett, whose votes come mainly from the religious right, was only appointed to his position after Netanyahu learned that he was in talks about forming a government with the Blue and White party. Netanyahu had no choice but to entice Bennett with the prestigious position that he wanted so desperately in order to block Gantz from forming a new coalition. Even Education Minister Rafi Peretz, chairman of HaBayit HaYehudi, has not held back in praising former Israel Defense Forces (IDF) Chief of Staff Gantz, under whom he served as chief rabbi of the IDF, and whom he met during his service as an air force pilot. In speaking about Gantz during the election campaign for the 21st Knesset, Peretz went so far as to say Feb. 10, “We are close friends. I am certainly not rejecting him. We will think and talk and see if there are contours between us and, knowing him, there are."

That is why, as far as the religious Zionists are concerned, a unity government is now the best option. Such a government, which would effectively be a right-wing government with a few members of the moderate left from Yesh Atid (part of Blue and White), could actually strengthen the settlement movement with greater political consensus than possible under an exclusively right-wing government. As far as the right is concerned, Netanyahu did not do enough for the settlements out of fear of political opposition and the response of the international community. Furthermore, a broad-based government would have greater legitimacy on issues such as settlement annexation.

There are only a few days left for the Knesset to form a new government (the deadline is Dec. 11 at midnight) before it is automatically dissolved if no government is formed. In that time, it looks like pressure on Netanyahu from the right-wing flank of the political spectrum will only intensify.