Religious right opinion leaders call on Netanyahu to step down

In a rare article, religious-right influencer Dudu Sa’ada calls upon Prime Minister Benjamin Netanyahu to step down and enable the appointment of a replacement, so that Israel would get a government. 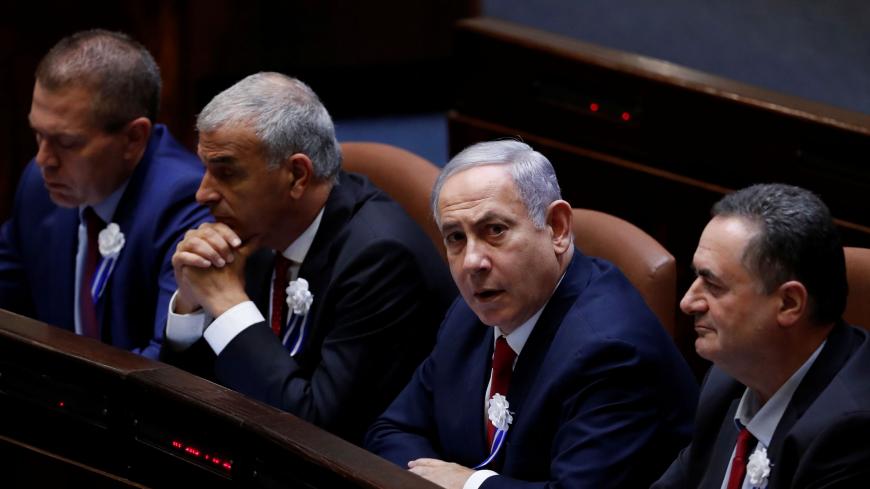 In the September elections, many in Israel's religious Zionist sector voted for the Likud headed by Prime Minister Benjamin Netanyahu, though they had an alternative in the national-religious Yamina list, which brought together the HaBayit HaYehudi, the New Right and National Union parties. The religious Zionist sector viewed Netanyahu, who dominanted the Israel right in the last decade, as irreplaceable and favored his party until the most recent elections. But the Sept. 17 election did not give the right a majority and there are indictments hanging over Netanyahu’s head, forcing even the most faithful supporters to consider a change of direction.

On Oct. 4 Dudu Sa’ada, one of the sector's opinion leaders, called on Netanyahu to appoint a replacement. Sa’ada is the chairman of B’Sheva, which organizes various events such as the Jerusalem Convention, prints the weekly Religious Zionist B’Sheva newspaper and runs Channel 7.

Sa’ada wrote to his friends in the media and in politics: “In this week's Torah selection, we read about how Joshua rises to leadership with the blessing of former leader Moses. … No rotation, no primaries, no one sends out test balloons; the president and the nation are not involved. It is simple: A replacement leader is appointed and he is greeted with heartfelt congratulations. It is incumbent on a leader to retire from public life when the time is right. He must appoint a successor and advise him from his own experience, from the knowledge that he has accumulated. The test of a leader is to let others continue without him.”

Afterward, Sa’ada said in an interview with Reshet Bet Kan that he spoke to high-level Likud friends. He explained, “They are afraid to say that the time has come to think of the day after. The state is paralyzed, the people are torn. … Netanyahu must act like Moses: Come appoint a successor and bless him. There is a state to be managed and guided.”

In a conversation with Al-Monitor, Sa’ada said, “I think that Netanyahu is the best prime minister that the State of Israel has ever known, and I don’t know if anyone can compete with him,” he said. “But precisely because his shoes are so large and because it will be hard for anyone else to fill them, he must appoint a replacement, mentor him for a year or two and train him to be ready to take over. Israel’s prime minister has a hard job and faces numerous complex challenges. This obligates the appointment of a replacement who when the time comes will fill Netanyahu’s shoes.” Sa’ada hinted at the possibility Netanyahu will be forced to step down.

Sa’ada heavily implied that Netanyahu bears much of the blame for widening the divides in the national fabric. In the last two elections, Netanyahu waged aggressive campaigns that ostracized large swaths of the public and his personality cult has dwarfed other Likud officials. Only a trickle of the discreet internal criticism among the right has emerged.

But Sa’ada is not the first on the right to say these things. He was preceded by less prominent religious Zionists such as editor-in-chief of Channel 7 Uzi Baruch, who wrote in June 2019, “The political reality that was created in recent months since the elections raises a very serious question: Has the time not come to put an end to the Netanyahu era? Has Netanyahu not changed from an asset to the State of Israel to a liability? Perhaps the very fact that Netanyahu is not able to form a coalition at a time when there are others who can — does this not show us that a continuation of the Netanyahu era only harms the stability of the State of Israel?”

Sa’ada told Al-Monitor that Likud ministers expressed support for his opinion, but only in private. Leading Knesset members from the Likud and from right-wing factions did the same. “But they are afraid to say it out loud.”

One of the Likud ministers admitted in a conversation with Al-Monitor on condition of anonymity that many people — perhaps even most of top Likud members — agree with Sa’ada. However, to support him publicly would be political suicide. Netanyahu reigns supreme over Likud institutions and does not tolerate any sign of leadership around him, let alone challenges to him. “Of course, Netanyahu is an asset to the Likud and certainly to the country. But under the current circumstances, he must seriously consider resigning, if only temporarily, for the good of the state and the party. He must allow other top officials to compete for the leadership.”

But so far, the only individual who dares to challenge Netanyahu’s leadership in public is Gideon Sa’ar, who accepted the challenge that Netanyahu made Oct. 3, when the prime minister’s associates proposed that the Likud organize snap elections for the party leadership. “I am ready,” Sa’ar tweeted. The next day, the prime minister retreated from the initiative and tried unsuccessfully to force his right-wing partners to commit to supporting only him. Netanyahu also called for convening the Likud central committee to state its support of his exclusive candidacy for the premiership. Sa’ar opposed this move, writing Oct. 5, “There is no need to convene the central committee. No one disputes the role of the prime minister as head of the Likud. When there is a leadership election, such as what the prime minister himself initiated a few days ago, I shall compete for office."

It was the first time that a Likud official has publicly announced he was running for leadership of the Likud and the right-wing camp, giving Sa’ar a strong tailwind. It is doubtful that Netanyahu will agree at this stage to Sa’ada’s offer, as the premier still enjoys great popularity, but if Netanyahu is served with an indictment and certainly if he is convicted, the race for the leadership of the Likud, the right and perhaps the government will be officially open.