Prime Minister Benjamin Netanyahu is following a dangerous strategy of advancing an arrangement with Hamas while weakening the Palestinian Authority. 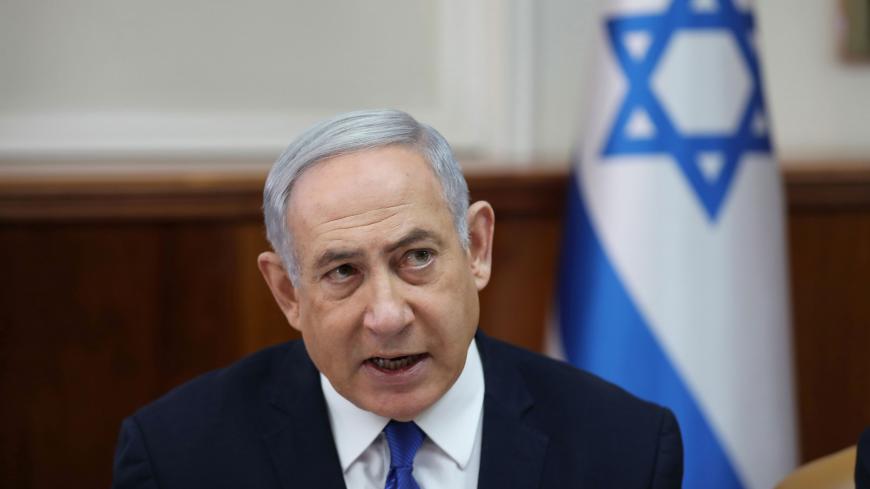 Defense Minister Naftali Bennett has been getting significant mileage out of Gaza. As minister of economy and trade, and subsequently as minister of education, the leader of the New Right party spoke and tweeted extensively about Israeli policy on the Gaza Strip. In 2018, Bennett repeatedly accused then-Defense Minister Avigdor Liberman of “surrender to Hamas” and led a militant campaign from the political right against Prime Minister Benjamin Netanyahu’s Gaza policies. He repeatedly described the government’s Gaza policy as “hesitant” and “weak,” claiming Israel was allowing Hamas to enhance its capabilities. He warned that Israel would find itself facing a dangerous new Hezbollah within three years, this one on its southern border threatening the nearby town of Ashkelon.

“Anyone who gives in and pays protection money,” Bennett declared angrily, “will bring war upon us. Hamas should be scared of hurting us, not benefitting.” He urged Netanyahu to do something. If your defense minister is unable to do what needs to be done, replace him and appoint someone who can, he told Netanyahu after Liberman resigned his post in November 2018.

A year later, in November 2019, Netanyahu appointed Bennett defense minister in his caretaker government. On Dec. 29, the security cabinet including Bennett discussed the emerging agreement between Israel and Hamas. The Egyptian-mediated deal includes numerous benefits for Hamas, among them the continued influx of millions of dollars delivered regularly by a Qatari envoy, an enhanced power supply, expansion of Gaza’s fishing zone and permits for Gazans to work in Israel.

Bennett said nothing against the agreement, whose measures were fully coordinated with him. Liberman has stepped into Bennett's shoes as an outspoken government critic, telling Al-Monitor the exact views Bennett had expressed: “We must not give in to protection demands. Anyone who ignores Hamas now will get Hezbollah afterward.” Liberman held the same views when he sat in Bennett’s current chair and cited them when announcing his resignation.

Bennett seems to have no intention of stepping down and to have forgotten his burning ideology and even his plan to crush Hamas and its terrorist infrastructure in Gaza without sending in Israeli troops.

Both Israel and Hamas are officially denying reports of advanced contacts on a deal. The timing is politically inconvenient for both. Hamas is committed to Israel’s annihilation and Netanyahu is under harsh criticism by Liberman and the generals running the rival Blue and White Party, which he will face in the March 2, 2020 elections. Nonetheless, contacts are definitely underway. The sides are not on the verge of a historic agreement. What they are aiming for is to embark on a period of calm, without fanfare or declarations, leading to some alleviation of Gaza’s economic crisis, which will be good for Hamas, and relative quiet for Israel’s Gaza border communities, which will be good for Netanyahu.

Meanwhile, the Israeli paradox persists. At that same cabinet session where the ministers discussed benefits for Hamas and continued contacts on a deal, they approved a plan by Bennett to withhold 150 million shekels ($43.35 million) from the taxes Israel collects for the Palestinian Authority to offset the stipends it pays Palestinian attackers and their families. At the same time, Hamas accused PA intelligence operatives of cooperating with Israel and providing it with the information that enabled it to kill Islamic Jihad senior commander Bahaa Abu el-Atta in Gaza Nov. 12. Also on the same day, Israel and Hamas were negotiating under Egyptian and Qatari mediation over continued relaxation of Israel’s 12-year siege of Gaza and the delivery of more Qatari money.

Israeli defense officials are unhappy with Netanyahu’s strategy of strengthening Hamas and weakening the PA and Palestinian President Mahmoud Abbas. Senior defense officials warned the politicians at the cabinet meeting this week as well as on previous occasions that continuing to withhold funds from the PA would further undermine its standing and that of Abbas. These warnings seem to have gone unheeded.

Netanyahu is hoping the spin he put on withholding funds from Abbas as punishment for supporting terrorists will make right-wing voters forget his weakness vis-à-vis Hamas in Gaza come election day on March 2. The main reason Israel prefers appeasing Hamas and paying the related costs is that all eyes are directed on developments along Israel’s increasingly heated northern front. Israel’s top soldier, Lt. Gen. Aviv Kochavi, gave a clear warning when he addressed a Dec. 25 conference at the Herzliya Interdisciplinary Center. He hinted at a possible “limited campaign” in the north. He noted that the Israel Defense Forces had identified an opportunity to achieve calm along the border with Gaza and expressed support for humanitarian relief for Gaza’s residents that could reduce anti-Israel violence. The IDF also supports issuing permits for thousands of Gazans to work in Israeli border communities, an idea the Shin Bet security agency strenuously opposes.

Hamas, for its part, has decided to freeze weekly demonstrations along the Gaza border that have been going on since March 2018 to protest the US decision to move its embassy to Jerusalem. Hamas has also stopped launching rockets at Israel in recent months, although it has been unsuccessful in preventing the smaller Islamic Jihad organization and other rogue Palestinian factions from doing so. Since Israel’s Operation Black Belt in the wake of el-Atta's assassination, some 20 rockets have been fired at Israel. When Islamic Jihad fired one at the town of Ashkelon Dec. 26 while Netanyahu was holding a rally ahead of the Likud primaries. It was the second time in three months that his bodyguards had to rush him off stage when the sirens blared. When Netanyahu returned to the stage, he told his supporters, "The one who tried to make an impression the last time is no longer with us, and the one who tried to make an impression now should start packing.”

The emerging Israel-Hamas arrangement deal has its disadvantages. Hamas will have a hard time enforcing a total cease-fire on the rogue factions in Gaza and Israel will also be hard pressed to make good on its promise to bring back several of its citizens and the bodies of two soldiers held by Hamas. Nonetheless, the sides are nearer an arrangement than an escalation. As for packing, Netanyahu should also start considering that option, at least politically.