Associates of Prime Minister Benjamin Netanyahu believe that his campaign of being a victim of police and media persecution has run its course and that he should focus on presenting his achievements as an international leader. 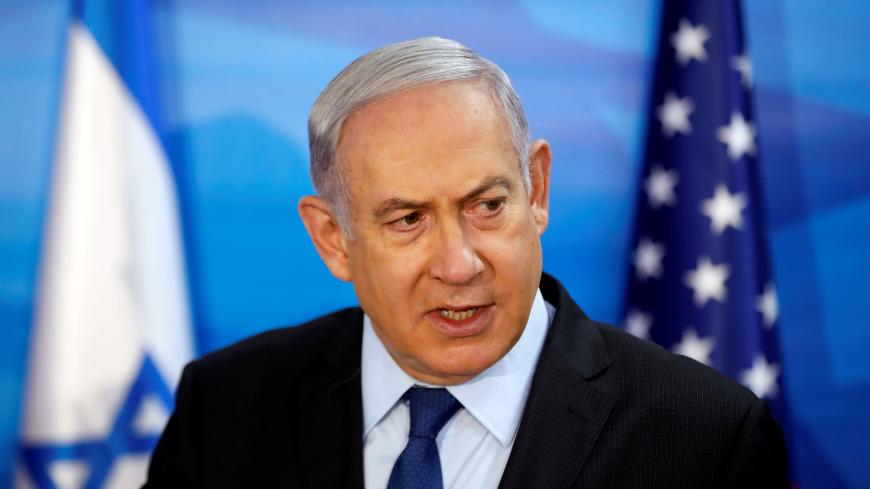 Israeli Prime Minister Benjamin Netanyahu is seen during a meeting with the US Secretary of State Mike Pompeo (not pictured) in Lisbon, Portugal, Dec. 4, 2019. - Patricia de Melo Moreira/Pool via REUTERS

Prime Minister Benjamin Netanyahu faces a tough dilemma ahead of the March 2 Knesset elections. One option is to launch an all-out, no-holds-barred war against the country’s legal system, trampling what few red lines are still intact. The other is to abandon the militant, anarchistic line he has adopted, desist from all attacks on law enforcers and revert to a dignified, statesmanlike course, underscoring his many achievements as prime minister, his unprecedented international standing and great experience in navigating the ship of state. Netanyahu is finding it hard to decide which of the options to choose.

Netanyahu will soon find himself facing a T-junction, a starkly decisive moment. This will likely be Netanyahu’s final election campaign, and perhaps his most important one. He is under heavy pressure from two different directions. His family and associates think he should take off the gloves and opt for a full-steam-ahead campaign claiming his innocence, in the hopes that the masses of Likud party supporters who stayed home on Election Day in September will rush to support the leader March 2 and save him from jail. A different kind of pressure is being exerted by senior Likud figures and his strategic advisers who are openly deterred by the continued storming of the state’s national institutions and the crushing of its regulators and gatekeepers. “That issue has been played out,” one of Netanyahu’s shadow advisers told Al-Monitor on condition of anonymity. “It was not successful last time and will be even less so next time. Netanyahu has plenty to show and boast of, his continued storming of the state’s institutions will put off voters rather than draw them closer.”

Conventional wisdom has it that if it were only up to Netanyahu, he would be leaning for a dignified course of action. The problem is that he does not call all the shots. Netanyahu is under the daily influence of his family, and especially his son Yair, who is leading an aggressive and often unrestrained line against law enforcement authorities, the media and even opponents from within the Likud party such as Gideon Saar, who has challenged Netanyahu for the party leadership. Netanyahu’s dilemma is clearly reflected in interviews by his various spokespeople, and sometimes two contradictory strategies can be discerned in a single interview. For example, the confrontational justice minister Netanyahu named to his caretaker government, Amir Ohana, tries to come off sounding relatively dignified and to modify his harsh criticism of law enforcement authorities, but then goes on to lose all restraint and resume his attacks on the attorney general and senior state prosecutors. The same thing happens with other Netanyahu associates. For now, the Netanyahu campaign mainly seems confused.

Netanyahu himself has been commissioning a growing number of in-depth surveys, using the results to calculate his prospects of garnering a 61-seat Knesset majority according to each of the two possible strategies. A few of his advisers have already informed him that they would not take part in yet another storming of the state’s legal and law enforcement bastions. Several advisers have presented him with samples of the two possible campaign directions. Netanyahu knows full well that opting for the militant line will not move a single voter over from the opposing bloc to his side. He hopes such a campaign would bring back most of the Likudniks who abandoned him last time, whether by abstaining or voting for other parties. The question is whether this will suffice. Netanyahu believes it will. If all the mergers Netanyahu is pushing for among the various parties to the right of the Likud materialize, and the right-wing bloc does not waste any votes, there is a good chance that the return of pro-Netanyahu voters would provide him with the impetus he needs to cross the 61-seat hurdle and form a majority coalition.

On the other hand, a significant number of the prime minister’s aides do not believe such a scenario is feasible. “The Likud supporters who left will not return if Netanyahu charges toward the Supreme Court with pitchforks drawn,” one of them told Al-Monitor on condition of anonymity. “On the contrary. More Likud members will abandon the party and it could drop below 30 Knesset seats” — fewer than the 31 it got in September. The only way to break through to new voter constituencies, according to these advisers, is to shift direction. “To remind the public of Netanyahu’s advantages, his tremendous achievements, the economic prosperity and security stability and international standing, and ties with [US President Donald] Trump and [Russian President Vladimir] Putin and [Egyptian President Abdel Fattah] al-Sisi, as well as the Gulf states,” one of Netanyahu’s people said on condition of anonymity. “We have goods to sell, the public is not stupid and the war against the rule of law has played itself out.”

Netanyahu will make his decision at the last minute, as he usually does. He may even make his decision, regret it and zigzag several times until he settles on his final course. He might also opt for a two-pronged approach — present a straight-laced, dignified front on the campaign trail, and at the same time use social media and the pool of trolls and bots at the Likud’s disposal to spread all the muck, conspiracy theories and unrestrained attacks against law enforcement and legal authorities. In fact, we are already witnessing this two-headed creature. In recent days, Netanyahu has been adopting a clearly regal position, trying to limit his open attacks against law enforcers, but at the same time, a poster has been making the rounds on social media on his behalf, showing Netanyahu against a black backdrop, with the caption, “They are not persecuting me, they are persecuting you. I am merely standing in their way.”

The poster is almost a replica of one disseminated on Trump’s behalf, which was also not original and was highly reminiscent of a similar poster by Indian Prime Minister Narendra Modi. Netanyahu is, in fact, accusing institutions of the state of persecuting its citizens. He, as he sees it, is merely the first hurdle on the path of the “persecutors” — claims he uses to imbue his sworn followers with beliefs in a “deep state” and various other conspiracy theories, while at the same time posing as a respectable leader. We will know how successful he has been only on March 3.

On Dec. 26, Netanyahu faces the first hurdle in a series of almost impossible obstacles he will have to overcome to survive, the party leadership primaries. He is expected to defeat Saar with relative ease. On Dec. 31, however, the Supreme Court is scheduled to debate a far more explosive issue for him: Whether an indicted Knesset member facing criminal counts is authorized to form a government. According to most legal analysts, the law does not cover such an eventuality and allows the prime minister to continue serving even as he stands trial. However, after the March elections, Netanyahu will no longer bear the title of “incumbent prime minister”; he would be a rank-and-file Knesset member when he goes to President Reuven Rivlin and asks for a mandate to put together a coalition government. As strange as that sounds, a Supreme Court ruling disqualifying him from forming a government could serve to energize his dormant Likud base. That is why the opposition Blue and White party, and its leader Benny Gantz, have already said the decision is best left to the people to make at the ballot box rather than by the country’s top judges. We will wait for next week. 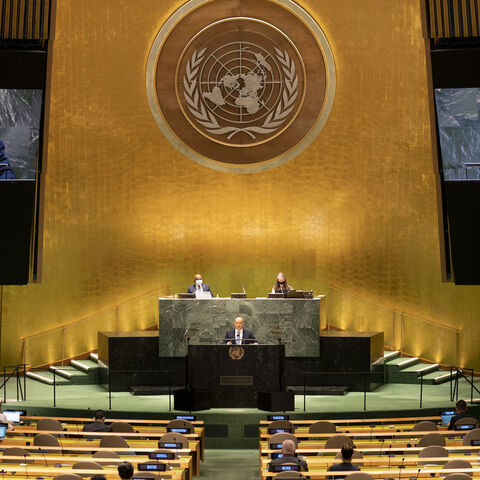