The Iranian authorities prepared for events commemorating 40 days since the November protests with arrests, internet disruptions and a heavy police presence. 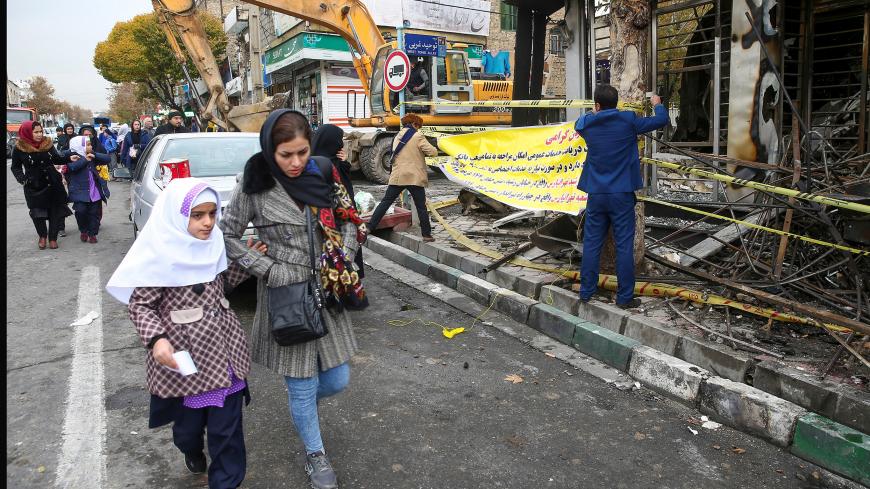 There was a high security presence in the streets of Iran due to government fears over the commemoration of the November protests. Family members had invited protesters to the grave sites of those killed in the protests to mark the passage of 40 days, which has a particularly important significance in Shiite Islam.

The first sign that the government had prepared to block all commemorations came with the news of internet disruptions in various provinces. The Iranian Labor News Agency reported that the internet blackout was limited to a few provinces and domestic connections were not disrupted.

Ahead of the planned protests, authorities arrested the family members of Pouya Bakhtiari, one of the protesters killed in November. According to BBC Persian, eight members of Bakhtiari's family were arrested ahead of the gathering, including his parents, sister, brother-in-law and an 11-year-old cousin.

Bakhtiari was shot in the head at a protest in Mehrshahr area of Karaj, west of the capital Tehran, on Nov. 16. He had attended a local protest with his mother but was separated in the chaos after tear gas was used. His mother recounted that the next she saw of her son was his body carried by the police.

Cell phone video footage sent to BBC Persian shows a heavy police presence at Bakhtiari's grave site in Karaj. There were reportedly a number of arrests at the gathering.

Other cell phone video shows a heavy police presence on another Iranian street. Hossein Rahimi, head of Tehran’s police force, told the press, “The police force protects the security and calm of the people with strength and will not allow anyone to damage this security.” He added, “Security is the foundation for progress of society, and that is why the enemy is determined to create instability and riots in our country.”

The protests erupted in the days after President Hassan Rouahni announced cuts in fuel subsidies. It caused an immediate backlash, despite the fact that Iran still has some of the highest energy subsidies in the world. Rather than the actual cuts, the protests widened to more general and anti-government issues. Even a month later at Bakhtiari’s memorial gathering, chants of “death to dictators” could be heard in the background.

Authorities have not released any official numbers of those killed or arrested, but most outside monitoring agencies believe hundreds were killed and thousands have been arrested. The government was quick to portray the protests as being infiltrated by rioters and members of the opposition group Mujahedeen-e Khalq.

A 25-minute documentary published by the Iranian state media claimed that the “chaos and instability” from the protests were organized and provoked by the United States, Israel and Saudi Arabia in what they dubbed a “Western, Hebrew, Arab” plot, three words that rhyme in Persian.