Intel: How Trump continues to restrict humanitarian trade with Iran

The Donald Trump administration on Wednesday sanctioned Tehran’s biggest airline and shipping network, charging them with transporting Iranian weapons in a move that could further restrict the flow of humanitarian goods into Iran. 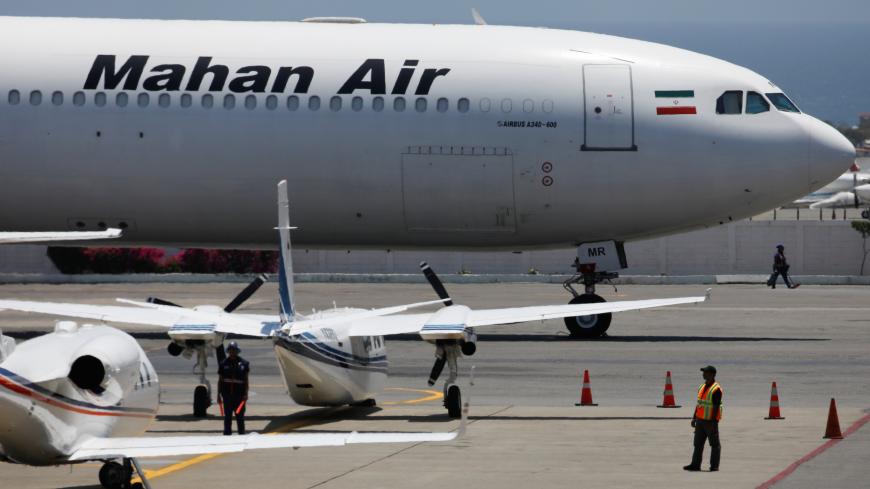 The Donald Trump administration on Wednesday sanctioned Tehran’s biggest airline and shipping network, charging them with transporting Iranian weapons in a move that could further restrict the flow of humanitarian goods into Iran.

The Treasury Department sanctioned Mahan Air, accusing it of flying soldiers and lethal aid into Syria to support President Bashar al-Assad. At the same time, Secretary of State Mike Pompeo announced that the United States will sanction the Shanghai-based ESAIL shipping company starting June 2020, asserting that it “knowingly transports illicit materials from Iran’s aerospace industries organization, which oversees all of Iran’s missile industry.”

Why it matters: While the Treasury Department maintains a formal sanctions exemption for humanitarian trade with Iran, the sanctions on ESAIL are likely to pose another obstacle on Tehran’s ability to import food and medicine.

After Pompeo announced the sanctions, the Treasury Department website posted guidance noting that the ESAIL sanctions will cover “agricultural commodities, food, medicine or medical devices,” warning that anyone who engages in humanitarian transactions risks “exposure to sanctions.”

The Trump administration has already sanctioned Iranian banks that had previously facilitated humanitarian trade and issued designations that complicate European efforts to continue trading in food and medicine with Tehran.

What’s next: The sanctions don’t go into effect for another six months, shortly before the US elections next year. The majority of Democratic candidates for president have vowed to reenter the nuclear deal and lift sanctions on Iran.

Know more: Read Rohollah Faghihi’s bombshell scoop on how close Trump and Iranian President Hassan Rouhani came to a deal in September, only for it unravel at the last moment amid disagreements over specifics and a photo-op. And read diplomatic correspondent Laura Rozen’s report on how the Trump administration launched a humanitarian trade transparency mechanism to gather more information for potential new sanctions on Iran.