Defense Secretary Mark Esper told reporters traveling in Europe on Monday that the United States needs to continue to grow the 81-nation counter-Islamic State coalition in Syria to ensure the defeat of the militant group. 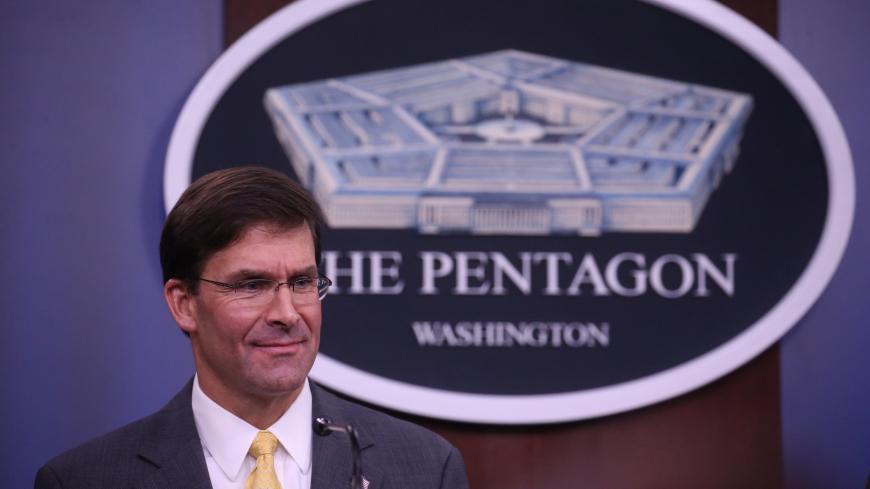 US Defense Secretary Mark Esper holds a news conference at the Pentagon in Arlington, Virginia, US, Aug. 28, 2019. - REUTERS/Leah Millis

Defense Secretary Mark Esper told reporters traveling in Europe on Monday that the United States needs to continue to grow the 81-nation counter-Islamic State coalition in Syria to ensure the defeat of the militant group.

“We need to grow that and go to them for political support, for military support with more troops, and monetary support,” Esper said during a trip to Europe to commemorate the 75th anniversary of the Battle of the Bulge during World War II.

Why it matters: With just 600 American troops left in the country after President Donald Trump’s October withdrawal and US stabilization programs in Syria entirely dependent on foreign contributions, the Pentagon is increasingly reliant on allies to help out.

For instance, the US military’s top officer, Gen. Mark Milley, told Congress last week that the Syrian Democratic Forces (SDF) are controlling 24 detention centers that remain “under adequate control.” But it’s not clear the stability in the area will continue to hold after Turkish President Recep Tayyip Erdogan again threatened to unleash a flow of refugees from the conflict back into northern Syria.

What’s up with the SDF: In an interview with Foreign Policy on Monday, SDF commander Gen. Mazlum Abdi called on Trump to enforce the US-brokered cease-fire with Turkey and stop possible “ethnic cleansing.”

What’s next: Erdogan has sent a dozen IS fighters back to European countries and is threatening to send more, which could spark potential disruptions. Trump also challenged his French counterpart Emmanuel Macron on this front at a NATO summit in Brussels two weeks ago.