The Senate is poised to follow the House lead in passing legislation to create a center to monitor Iranian, Russian, Chinese and North Korean efforts to sway US public opinion. 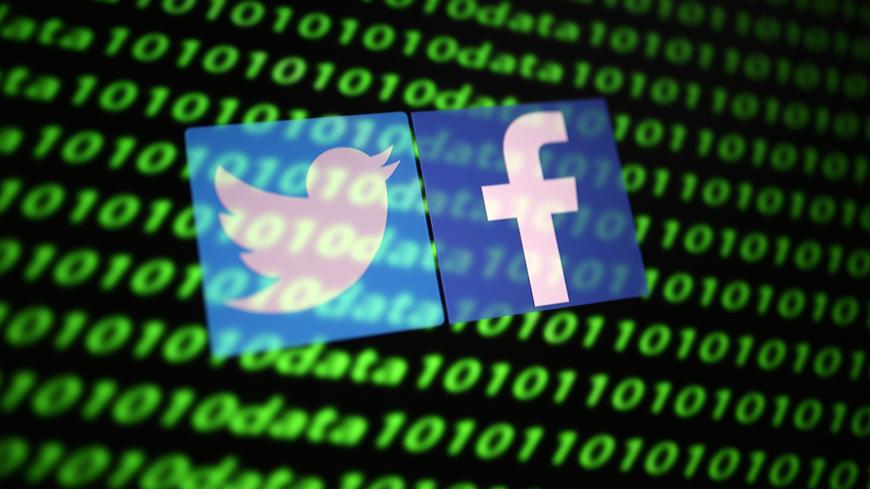 The Twitter and Facebook logo along with binary cybercodes are seen in this illustration taken Nov. 26, 2019. - REUTERS/Dado Ruvic/Illustration

Congress is very close to passing a bill that would require the Donald Trump administration to more closely monitor foreign influence operations, including those by Iran. The annual defense authorization bill would require the US intelligence community to establish a Foreign Malign Influence Response Center tasked with monitoring Iranian, Russian, Chinese and North Korean efforts to sway US policy and public opinion.

Rep. Joe Kennedy, D-Mass., first spearheaded the idea in the House as a response to Russia’s efforts to influence US elections. Presidential hopeful Sen. Amy Klobuchar, D-Minn., and the top Democrat on the Armed Services Committee, Sen. Jack Reed, D-R.I., then joined forces to expand the scope of the legislation by including Iran, China and North Korea.

Why it matters: The cybersecurity firm FireEye released a May report detailing thousands of fraudulent social media accounts criticizing the US withdrawal from the nuclear deal, sanctions on Tehran and support for the Saudi-led coalition fighting the Iran-backed Houthi rebels.

FireEye assessed with “low confidence” that the fake accounts were “organized in support of Iranian political interests.” However, Twitter and Facebook both noted that they had removed thousands of fake accounts and pages originating in Iran earlier this year. Google also removed dozens of YouTube channels linked to the state-run Islamic Republic of Iran Broadcasting in August.

What’s next: The House passed the defense bill that would establish the Foreign Malign Influence Response Center 377-48 last week. The Senate begins voting on the legislation today. Assuming it passes, President Trump is expected to sign it into law as the White House supports the bill.

Know more: Iran’s Islamic Revolutionary Guards Corps (IRGC) is already levying similar accusations against the United States and Israel as well as Arab Gulf and European states. The IRGC has blamed them — without offering evidence — for fueling the anti-government protests that emerged after Tehran cut fuel subsidies.