The Egyptian army and police are out in force across the country to secure churches and mosques that have been targeted with violence in the past. 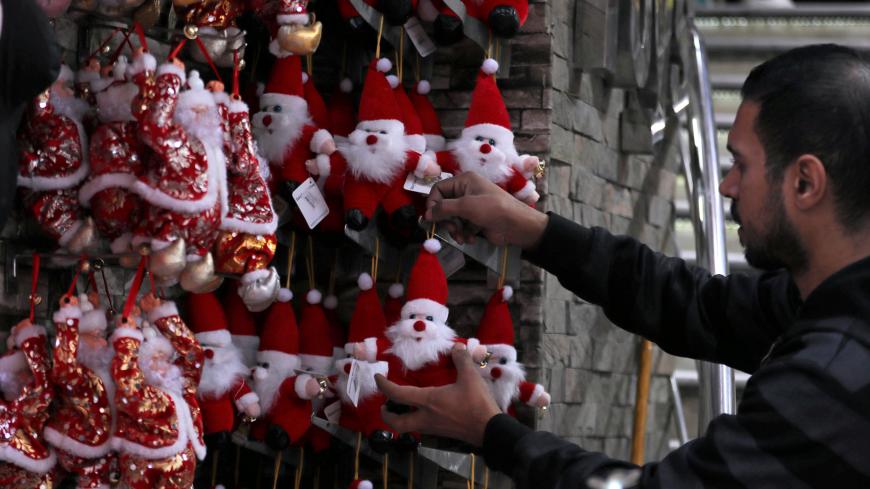 CAIRO — Egyptian security forces were heavily deployed in Cairo and other governorates over the past few days in a campaign to protect churches, some mosques and vital economic facilities ahead of the New Year and Christmas celebrations.

The army’s rapid deployment forces assisted the internal security forces in the mission. This is not the first time the Egyptian army has been deployed to provide protection. These forces were previously assigned to protect religious establishments in Sinai.

The parliamentary National Defense and Security Committee approved the government's request in August 2016 to extend the law allowing armed forces to assist law enforcement agencies in protecting government and public facilities for a period of five years, ending August 2021.

A media official with the Ministry of Interior told Al-Monitor on condition of anonymity that the security forces are currently preparing to protect economic facilities and churches in the governorates, especially those that have been previously targeted by extremists.

​“Mosques affiliated with the Sufi order will also be protected, especially as they have been targeted before,” he said, recalling the bloody attack on al-Rawda mosque in North Sinai in November 2017.

He described the participation of the Egyptian army in this task as “only natural in such circumstances.” The official noted that there is permanent coordination between the army and the police to confront any possible risks. “This happened during the previous elections, when the army, along with the police, were deployed for protection purposes,” he said.

On Nov. 24, 2017, more than 20 masked militants stormed al-Rawda mosque, which was packed with hundreds of worshippers for Friday prayers. The terrorists detonated a bomb inside the mosque and sprayed gunfire on panicked worshipers as they fled. More than 235 people were killed and 110 others injured.

The Sufi orders are an Islamic sect, but terrorist organizations accuse them of heresy and of deviating from Islam. They authorize the targeting of Sufis, claiming that they sanctify the family of the Prophet Muhammad in an exaggerated manner at the expense of God.

During his inspection, he stressed to reporters the need to make sure that all facilities are protected and not to allow any security breach, taking into account the right of citizens to move freely. Nagy also underlined the need to strictly implement the measures.

​Since 2011, more than 12 terrorist attacks have taken place in more than one governorate, targeting churches and Christians. Assailants have detonated bombs or fired guns at Christians on Coptic religious occasions. Hundreds have been killed or wounded.

A source in the Islamic Virtue Party told Al-Monitor, “The security forces have launched over the past few days a massive campaign of arrests of a number of members of the Islamist movement, in particular Salafis, who are not affiliated with the Muslim Brotherhood or accused of terrorism.”

The source added, “Party leaders recently received many contacts and complaints from families affiliated with the Islamist movement about the disappearance of their relatives."

The source said that Islamic groups are familiar with this old maneuver. “Security forces expand the circle of suspicion and arrest and investigate all members of the Salafi currents," he said. "Once New Year’s Eve passes peacefully, suspects are released or accused of other operations.”

He recalled the New Year's Eve bombing of the Two Saints Church in Alexandria in 2011 and the subsequent arrest of a number of ultra-conservative Egyptian Salafis suspected of involvement. One suspect, Sayyed Bilal, died during police interrogation. His lawyers claim he was tortured to death to extract a confession.

Army spokesman Col. Tamer al-Rifai did not respond to Al-Monitor's repeated requests for comment on the army’s role in the recent protection mission.

Yahya al-Kadawani, a member of the parliamentary National Defense and Security Committee, commented on the army's participation in the security efforts. "The objective is to reach the highest possible safety level, especially since the army is capable of ensuring a higher level of protection," he said. "This has nothing to do with Egyptian police being unable to execute its missions. It is only a matter of heightened precautionary measures. We express our utmost appreciation for the police.”

Kadawani added, “The current exceptional circumstances in Egypt and the constant terrorist threats require the utmost degree of safety."