Quran manuscript a 'blessing' for an Iranian Kurdish village

A centuries-old manuscript of the Quran continues to play a central role in the identity of residents of an Iranian village. 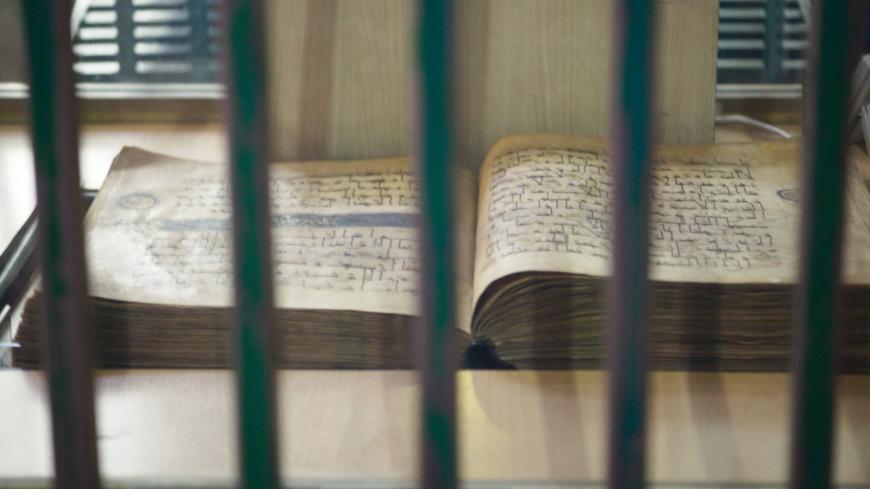 The Quran manuscript in Negel, which is written in partially gilded Kufic calligraphy on Samarkandi paper, Negel, Iran. - Sarbas Nazari

"Without this Quran manuscript, darkness would prevail and bitterness would replace blessing," said Tawfiq, who has spent his entire life in Negel, a Sunni Muslim village of some 4,000 residents in Iran's Kurdistan province.

Sitting at a high altitude overlooking a deep valley less than 60 miles from the Iraqi border, Negel connects the provincial capital of Sanandaj to the border city of Mariwan. The village owes much of its distinction not to the natural beauty of the landscape, but to what it is home to: a manuscript of Islam's holy book, the Quran, kept at the Abdullah bin Omar Mosque.

In the absence of any official documentation to shed light on the origins of the manuscript, the most common account is the one that has been orally passed on from the Kurdish villagers' distant ancestors. It is a well-structured story with mythological and miraculous elements and has remained unaltered over the centuries.

Instrumental to the tale is the role played by a shepherd, a recurrent protagonist in much of ancient mythology and religious storytelling. The shepherd is a figure whose life in tranquility often leads him down a path to a profound, mystical understanding and a metaphysical discovery of the unknown.

According to the Negel villagers' narrative about the Quran in their midst, some 1,400 years ago, a shepherd tending his sheep in the mountains stumbled upon a "beautiful flower." His attempt to pick the flower reveals a wooden case beneath it. Unable to extract the mysterious object, the shepherd seeks the help of locals in a nearby village, and what they unearth is a manuscript of the Quran. Stunned by this miraculous course of events, the villagers decide to preserve the Quran by building a mosque around it on the very spot it was found. Gradually, the locals began relocating from their village to live near the mosque, constructing houses at the new location, which they called Negel. Among the multiple etymological explanations behind the village's name, the widely accepted version attributes it to the Kurdish word "naw-gol"—literally "the new flower"—referencing the plant that revealed the manuscript. 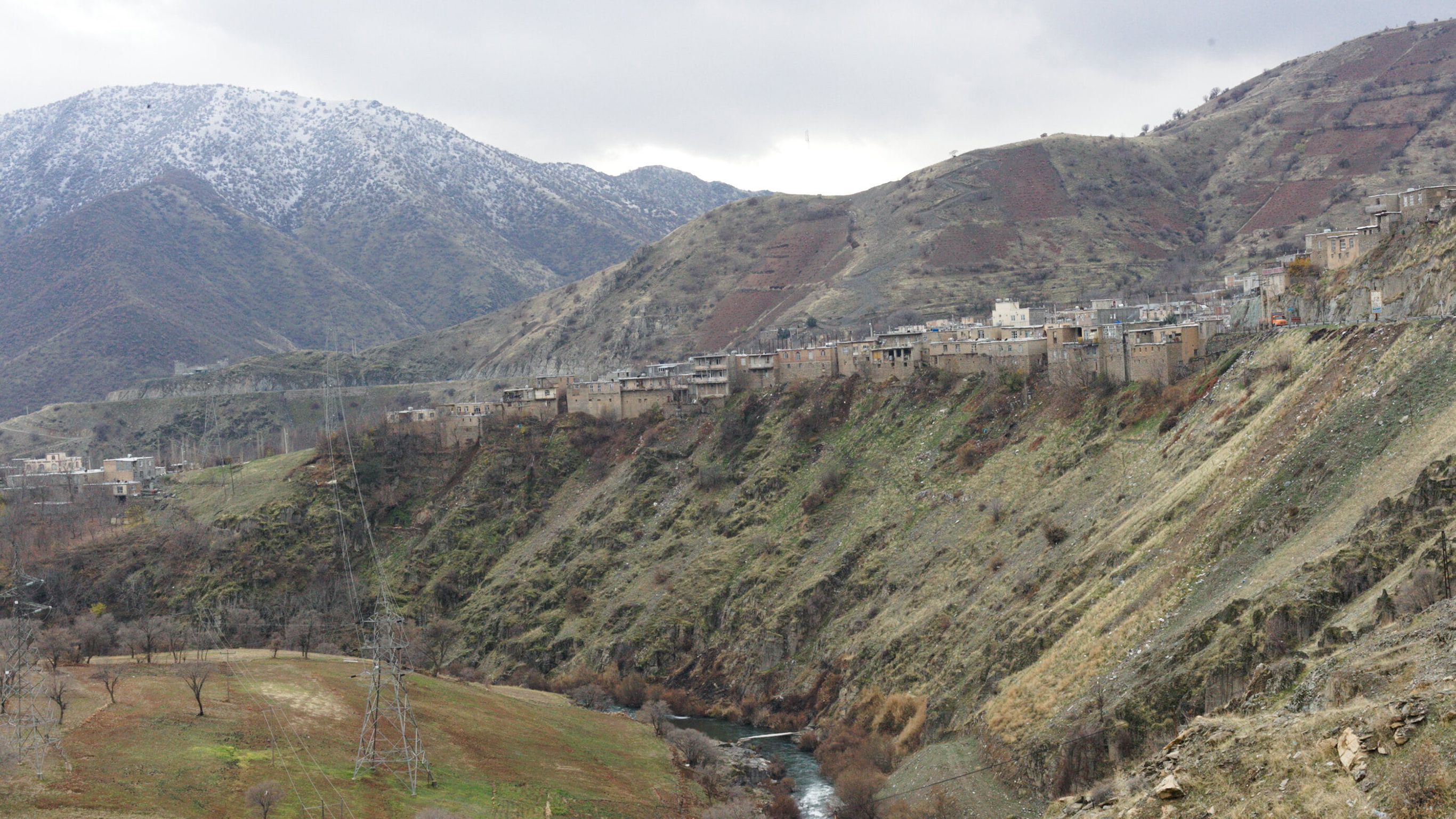 While some scholars trace the manuscript to the 10th century, villagers argue that it originated in the 7th century. The latter date is when a few other similar copies — compiled in the form standard during the reign of Othman Dhu-Nurayn (579-656 AD), the third Islamic caliph after Prophet Muhammad — were dispersed across the Middle East, including to Iraq and Syria.

The 364-page manuscript is written in partially gilded Kufic script on thick, smooth and durable sheets of Samarkandi paper, traditionally produced in the ancient Uzbek city of Samarkand.

"The entire village collapsed into a state of grief when the copy was stolen in 1992," said Tawfiq, who like all Negel residents, asked Al-Monitor not to use his last name. As a board member at the Abdullah bin Omar Mosque, Tawfiq and a few other villagers, backed by police officers, went on a months-long manhunt to track down the smugglers. The trail took them north to the town of Abhar and south to the city of Jahrom, where the thieves had gone into hiding. The tenacity of the villagers paid off.

"This time, it was a festive mood that gripped the village," Tawfiq recounted. "Some 300 sheep and cows were sacrificed to welcome back the holy book. The massive surplus of the food pledged was handed out to nearby villages."

Some twelve years later, in 2004, the manuscript again fell victim to theft. The second manhunt, according to Tawfiq, inexplicably brought the Quran back to its place of origin. "I don’t know what happened to the smugglers later," he said, adding, however, that he vividly remembers the names and the faces of all the culprits.

"When you lose your identity document, you have this irritating sense of insecurity, I'd say emptiness," said Ali, one of the "khadems" (custodians) of the Quran who take turns guarding the holy book to protect it 24/7. The anguish locals experienced during the second disappearance was unfathomable, he recalled. "One man, Haji Mohammad, hung black flags from his doorway and maintained a fasting vow during the entire 135 days when the copy was missing," Ali said. In addition to being an obligation observed from dawn to dusk during the holy month of Ramadan, fasting can also be practiced anytime a Muslim seeks the fulfillment of a prayer from God.

"Others offered anything at their disposal as a vow and prayed for the manuscript's return," Ali remarked. "I know a woman who sold her only gold ring and gave the money to charity as some sort of votive. And all those sincere prayers worked." After the Quran was "miraculously" recovered, Ali said, "The copy's sanctity grew further in the eyes of the villagers."

After the second theft, the villagers upgraded security, putting the manuscript behind bulletproof glass and iron bars and installing an alarm. The Quran is kept well inside the Abdullah bin Omar Mosque, but remains accessible to all worshipers and visitors, who most often leave cash donations in an adjacent safe. According to Tawfiq, the cash that piles up on a monthly basis can total 500 million to one billion Iranian rials (roughly $12,000 to $24,000), amounts substantial enough to allow the custodianship to operate independently of the state budget. Some of the money collected gets distributed as allowances for the clerical students at the mosque, and some of it is also given to local charity projects.

Since the Negel Quran's addition to Iran's national heritage list in 2003, the manuscript has increasingly attracted curious minds and turned the village into a travel destination. "It is the blessing of that Quran to which I owe my life," a man named Ahmad told Al-Monitor. "It has helped me bring home the bacon." Ahmad owns a humble restaurant, serving tea and traditional kebab to visitors just a few yards from the mosque entrance.

A years-long push by Iran's Cultural Heritage Organization to transfer the Quran to a museum has gone nowhere, as the Sunni villagers have persistently resisted any proposal that might remove this "blessing" from their midst and thus their lives. It took authorities lengthy and intense negotiations simply to convince the villagers to allow the manuscript to be repaired by a well-known Iranian restorer in 2017. 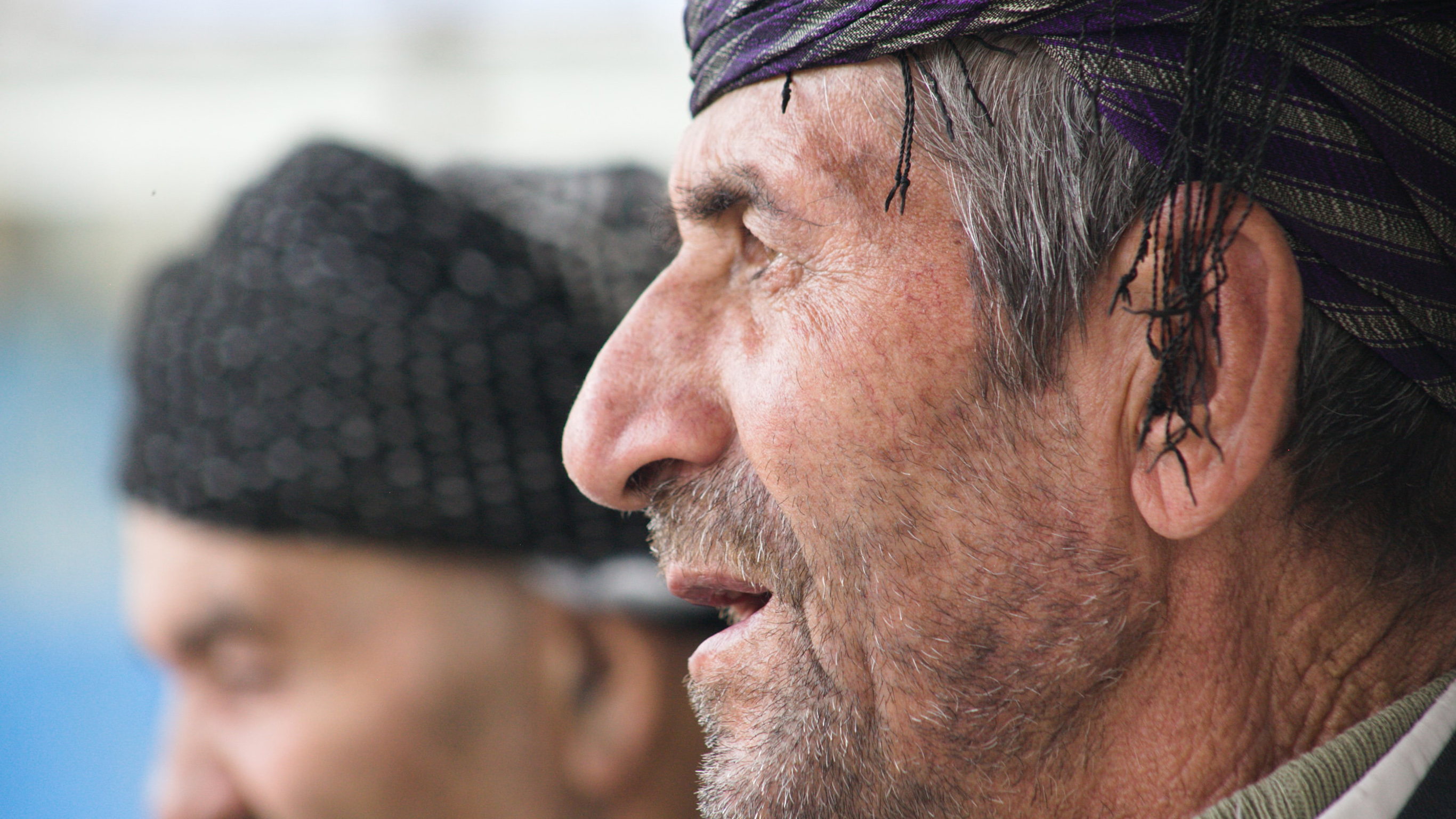 A resident of Negel sits outside the Abdullah bin Omar Mosque after prayers. (Sarbas Nazari/Al-Monitor)

"I swear on the Negel Quran" is a common expression used not only by Negel residents, but also by people throughout Kurdistan province as proof of their honesty when making claims or promises. "How can you doubt someone who utters such a holy oath as evidence?" Tawfiq asked. "When you say it, you mean it. It is not simply a set of words. It is a red line we never cross."

When asked if the new generation shows the same reverence toward the manuscript as he and his older peers, Ali responded, "The centuries-old holiness has been preserved and successfully passed on to our sons and daughters. Even a relative of mine has written a long, beautiful poem in praise of the manuscript. Isn't that proof that this Quran knows no age or generation?"

Shortly before noon prayers, Tawfiq declared, "This manuscript has always been our problem solver. We stand before it and pray to God and have our wishes fulfilled. Your call, if sincerely from the heart and in the presence of this manuscript, will be positively responded to in one way or another. I'm talking from personal experience."

With that statement, Tawfiq and Ali stood up to go join in worship as the muezzin's call to noon prayers blared from the mosque's loudspeakers and around the village. 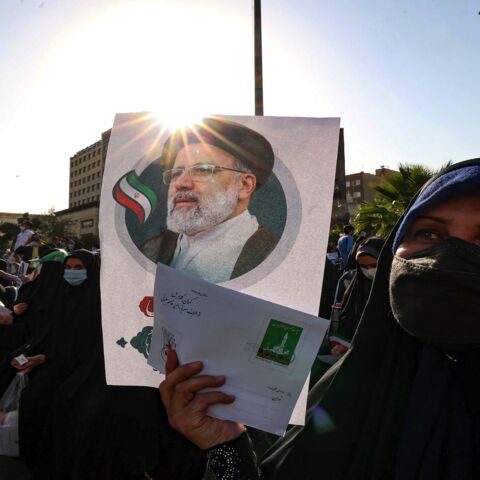 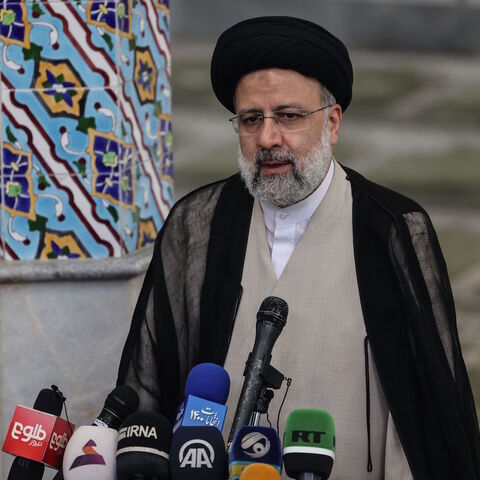