Three separate Turkish families committed suicide by taking cyanide in the first two weeks of November, and despite the government's denials, economic hardship seemed to play a key role in all three cases that shook the country. 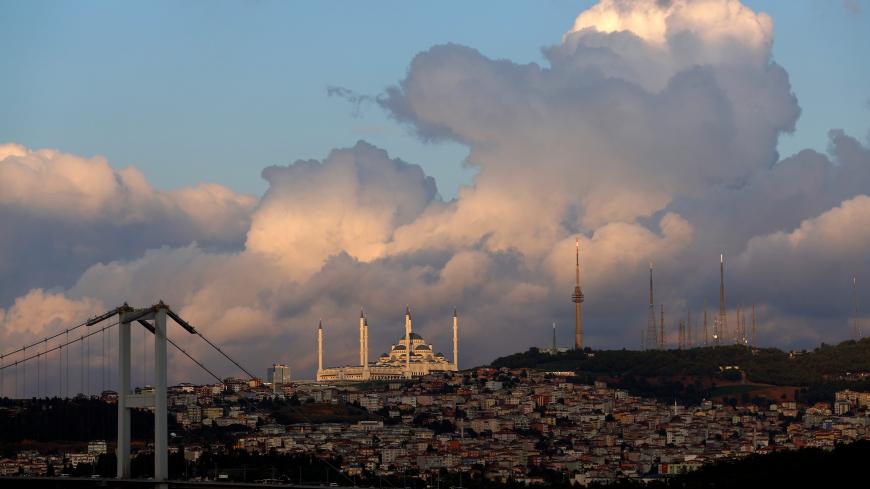 Turkey was shaken by the apparent suicides of three families one after another in the first two weeks of November. All three families used cyanide to kill themselves. The first shocking news came from Istanbul’s Fatih district. Four siblings in the Yetiskin family, aged 48, 54, 56 and 60, killed themselves by simultaneously taking cyanide. A few days later, another shock came from Antalya, where Selim Simsek poisoned his 38-year-old wife and two children of two and five years before taking his own life by drinking the cyanide. The latest tragic news came from the Bakirkoy district of Istanbul, where Bahattin Delen, 38, poisoned his 38-year-old wife and six-year-old son and later took his own life the same way.

What do these suicides and murders say about Turkey? According to some government supporters, they are all about the weakening of religious convictions. For example, Yeni Akit Newspaper attributed the suicide of the four middle-aged siblings in Istanbul to “The God Delusion,” a book by Richard Dawkins found at the scene.

Similarly, the dean of the faculty of theology of the Thrace University, Cevdet Kilic, asserted that people kill themselves because of loneliness and faltering religious beliefs.

In the inevitable hot debate on these horrific suicides came the usual pro-government conspiracy theories. A Sabah columnist and many other government supporters claimed that the families' economic hardships were exaggerated by some parties to foment social unrest.

In fact, in all three cases, economic difficulties were clearly at least some of the motivating factors. After the first case, it became understood that the siblings in Istanbul had a lot of debt to local shops and the salary of the family's breadwinner had been cut. Apparently they were not even able to pay their electricity bill. Immediately after their bodies were taken from their residence, the electricity provider BEDAS disconnected the service because they had failed to make their last two monthly payments of 607 Turkish lira ($107).

In Antalya, the father left a letter behind explaining why he killed himself and his family. In the Bakirkoy suicide, the prosecutor explained that the father was in enormous debt.

Focusing on the last two suicides, government circles tried to present the deaths as murder. “They said it was because of hunger. That’s not true,” said Vice President Fuat Oktay.

It cannot be denied that what happened in some cases was in fact murder, as the fathers poisoned their families. But in this respect, sociologist Sureyya Su offers a different perspective. He said, "In two cases, the father drags the children after him" because he believed that after he killed himself, "the children would be at great risk. It's kind of a 'protection-rescue' reflex. He doesn't trust the state, he doesn't trust his neighborhood, he doesn't trust his relatives."

The letter left behind by Simsek, who killed his wife and two little children before taking his own life, support this view. Simsek wrote, “My killing myself could have put my wife and children into an inexorable depression. … I couldn’t have abandoned my beloved wife and children in this nasty world. I pray all the time. God send a miracle. Today, my dear puppy, I took my beloved daughter to sleep and hugged her more tightly and longer than ever before.”

Certainly such a complex human behavior as suicide and killing loved ones cannot be explained by a single factor. There are many unanswered questions, such as how they so easily found cyanide and whether emulation was a factor. The socio-psychological phenomenon called the Werther effect, named for a peculiar phenomenon observed in 1774 Germany, describes a trend of copycat suicides after a well publicized incident. After Johann Wolfgang von Goethe published his infamous “The Sorrows of Young Werther,” about 40 young people took their own lives in a way very similar to how the young Werter was depicted as doing.

The government and its supporters seem to dismiss the impact of Turkey's deteriorating economic conditions. They talk of banning cyanide trade on the internet and suggest limiting coverage of suicides. But they reject discussion about grave economic conditions and the desperation they created.

If you watch the dozens of government-controlled TV channels in Turkey, you may get the impression that economic signs are all improving. Inflation is under control, unemployment is not so high and so on. However, recent surveys show that the Turkish people aren't fooled. The ORC polling company's November survey included the question, “Are you affected by one or more problems such as cost of living, lack of livelihood or unemployment?" The answers came back "yes" at 45.2%, "somewhat" at 19.7% and "no" at 35.1%

The November poll by Avrasya, which is not affiliated with the government, presents a gloomier picture: To the question "Are you having a shortage of livelihood?" 45.9% of respondents said "Yes, I'm barely living," 38.1% chose "I cannot make a living" and only 16% picked "No, I live comfortably."

Avrasya’s survey shows that the Turkish people lack confidence in the ostensibly independent institutions that track Turkey's economic indicators. When they are asked if the inflation rates announced by Turkish Statistical Institution reflect reality, only 7.7% answered positively.

The Justice and Development Party government and its supporters vehemently deny any link between the suicides and economic conditions, but the numbers released by the Turkish Statistical Institution show a sharp increase in suicide rates in recent years. Before 2012, around 2,000 people committed suicide every year, but after that the figure climbed to 3,000.

Can a government solve a problem without acknowledging its root causes?

It may restrict the cyanide trade and censor suicide reports. But as long as Turkish economic decline continues, more people may opt to take their own lives. The news from the government-controlled media can't change the real economic problems that can hurt people deeply and make them desperate.