Legislator Ahmed al-Tantawi has been referred to the Egyptian parliament’s Ethics Committee for actions some of his colleagues say tarnish the regime’s image. 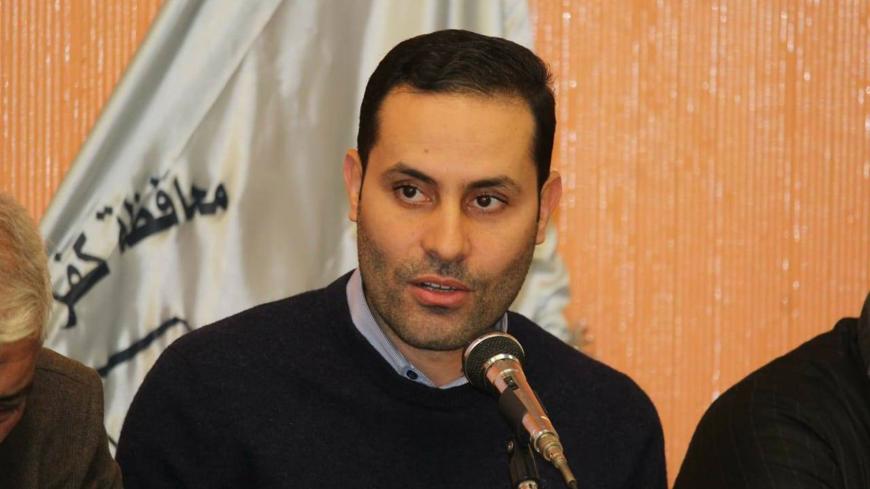 CAIRO — Outspoken Egyptian opposition lawmaker Ahmed al-Tantawi is once again being taken to task, this time for promoting an initiative critical of recent constitutional amendments and calling for early presidential elections to reveal whether voters want President Abdel Fattah al-Sisi to remain in office.

Tantawi posted a video about the initiative on his official YouTube account Nov. 2. The next day he presented his proposal before parliament, saying it aimed to solve political and economic crises plaguing Egypt.

Tantawi acknowledges his actions could result in his removal from parliament, but in a phone conversation with Al-Monitor, he defended his proposal. “The initiative was necessary to stir the dormant Egyptian political life," he said.

“The recent constitutional amendments are most serious. They give the president broad powers and prerogatives away from any kind of censure. This is why it was necessary to ask that such amendments be immediately revoked, especially considering that they extended the president’s term,” he added.

The initiative called for abolishing constitutional amendments passed in April designed to allow Sisi to remain in office potentially until 2034. Previously, Sisi's term would have ended in 2022. The amendments included an unprecedented expansion of presidential powers, giving the president the right to appoint the heads of all judicial and executive councils.

The initiative highlighted the need to immediately restructure the Ministry of Interior, prosecute officers accused of torture, and review and make public the state budget.

All these items unsurprisingly were met with strong parliamentary opposition, especially from pro-regime members of the Tahya Misr (Long Live Egypt) parliamentary coalition.

Ninety-five parliamentarians quickly submitted requests to Speaker Ali Abdel Aal to refer Tantawi to the Ethics Committee as a prelude to his dismissal, accusing him of “undermining the Egyptian state and political leadership.”

Accordingly, Abdel Aal announced in a Nov. 5 press release that was referring Tantawi to the committee on charges of “publishing videos that undermine the Egyptian state and that were exploited by channels belonging to banned groups.” The Muslim Brotherhood is the only banned group in Egypt; the government declared it a terrorist group in 2013.

In his announcement, Abdel Aal said, “Freedom of opinion is guaranteed by law but it does not give anyone the right to speak about whatever they want without restrictions. There are constitutional and legal limitations that should be respected.”

Parliament member Mahmoud Badr, who represents the pro-Sisi Daam Masr Alliance, told Al-Monitor he rejects initiatives like Tantawi's "altogether" and said Tantawi "has tarnished the image of both the country and the political leadership, and such crimes should never go unpunished."

He continued, “The achievements made by both the current Egyptian regime and Sisi exceed any other achievements made in the history of this country, so instead of launching initiatives aimed at spreading further chaos, we must all stand united behind the political leadership for it to keep making achievements."

Tantawi is a member of the 25-30 Alliance, a coalition of dozens of opposition and independent parliament members. This is not the first time he has rejected regime policies and called for reforms and wider political and democratic freedoms. In October, he criticized the government after its annual statement before parliament. In the presence of Prime Minister Mostafa Madbouly in parliament, Tantawi said that the government’s statement was misleading and did not include any of the political reforms that should accompany economic reforms.

“Citizens also want freedom, not only bread,” he added.

He was also disciplined in 2017 after he criticized Abdel Aal.