Jewish museums in Istanbul focus on upside of integration

Jews have been living in Turkey for many centuries, and both the Sephardim from Spain and then Ashkenazim from Eastern Europe boast their own museums. 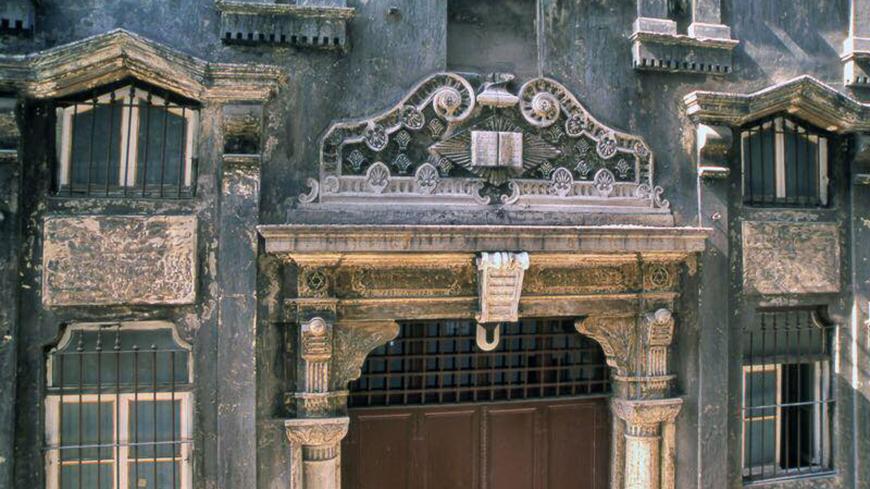 The Tofre Begadim Synagogue in Galata, now the Schneidertemple Art Center, is seen in Istanbul, Turkey, in this picture uploaded May 11, 2018. - Izzet Keribar/The Jewish Museum of Turkey

The synagogues, art nouveau Camondo steps and apartment buildings owned by Jewish families in the posh street of Serdar-i Ekrem — the 2019 edition of the European Day of Jewish Culture in Istanbul opened Sunday, Nov. 24, with a morning walk through the Jewish landmarks of Galata.

The Galata neighborhood was built and fortified by Italian merchants from Genoa in the Middle Ages on a steep hill overlooking the Golden Horn. Then it gradually acquired a sizable Jewish population of both Spanish and Eastern European origins. In the 19th century, it evolved into the financial center of the Ottoman Empire, where bankers and traders prospered. Nowadays the Jews of Istanbul — around 20,000 — live all over the city, but Galata is where their history and heritage are the most immediately visible, in religious structures as well as in private palaces.

Back at the synagogue and cultural center of Neve Shalom (which means oasis or valley of peace), opened in 1952 just under the shadow of the Galata tower, visitors were welcomed by a dense program of talks ranging from Jewish cinema to the Holocaust, concerts presenting both sacred and tango music and exhibitions depicting religious rituals and ancestral lands through photos and figurative patchworks.

Even lunch was a cultural experience, a degustation true to tradition: signature dishes of the Sephardim — Jews of Spanish ancestry — such as a cold tomato and rice stew called “armi de tomat,” meatballs with leeks, “kashkarikas” made of squash peels, aniseed biscuits or pastries with Turkish delight for dessert.

The European Day was coordinated by the Quincentennial Foundation, the main cultural actor of the Jewish community in Turkey. It was established to commemorate and celebrate the 500th anniversary of the expulsion of Jews from Spain in 1492, many of whom settled in the Ottoman Empire soon after, free to practice their religion.

Its president, Silvyo Ovadya, told Al-Monitor that the foundation wants to explain the history and values of Turkish Jews to a wider public through a full calendar of exhibitions, concerts, films, conferences and talks all year long. Indeed, participants at Sunday's program were representative of many segments of Turkish society.

The foundation also manages the Museum of Turkish Jews, which opened in 2001 in the former Zulfaris synagogue in Galata and in 2016 moved inside Neve Shalom's premises, in three floors of an annex with a window view over the main hall.

The museum was completely renewed. Decorated in bright colors, the museum uses multimedia to bring the history of Turkish Jews alive. Prominent community figures and objects are featured with rigorously checked and updated information.

Even the basic narrative changed in some respects. First of all, as its director Nisya Isman Allovi explained to Al-Monitor, the history of Turkish Jews as recounted in the museum now begins with their more ancient presence in Anatolia in the fourth century BCE and not with the 1492 exodus, as they were in the region even before Turks arrived in 1071.

Above all, even though the main story is still that of a model friendship — almost a romance — between Jews and Ottoman/Turkish institutions and society, illustrated by the personal stories of Jewish parliamentarians or of Jewish soldiers during the Turkish War of Independence (1919-1922), some black spots have been added to the narrative, most of them quite recent, such as the infamous 1942 capital tax targeting minorities and the 2003 al-Qaida bombings against synagogues in Istanbul, including Neve Shalom itself.

Most visitors are students who are shown precious and revered religious objects such as parchment scrolls and Torah cases, traditional marriage costumes, tools used to perform circumcisions, fragments of everyday lives in sepia photographs. They learn how sultans welcomed and protected Jews, how Jews celebrate Passover and Kippur and how Jews contributed to architecture and journalism. “We want to communicate similarities, to avoid prejudices,” said Isman Allovi.

The Museum of Turkish Jews is mainly focused on the Sephardim's practices, recipes and language — Ladino, a mix of Spanish and Hebrew. For the Ashkenazim, Jews of Eastern European ancestry, there's only one summary panel in the historical section. But that is not surprising, as Neve Shalom and the Quincentennial Foundation are Sephardi institutions.

A more recent project has given cultural relevance and dignity to this other side of the history of Jews in Turkey. Another synagogue turned into a cultural center, the Schneidertempel (or Tailors' Synagogue) in Galata, is gradually taking the shape of a second Jewish museum.

Since May 2019, the balcony of the temple hosts a permanent exhibition or a “living archive” entirely devoted to the Ashkenazi community. They arrived in Anatolia later than the Sephardim, most of them in the 19th century. They fled pogroms from Austria and Germany, then from Poland and Ukraine. They spoke a different language, Yiddish; their traditions and everyday customs were different, their religious and civil institutions distinct.

The project started two years ago, when the grandson of an Ashkenazi Jew from Istanbul living in the United States donated the prayer books and documents of his grandfather to the Schneidertempel. “We decided to turn that first donation into a collective effort,” Izel Rozental, a caricaturist who curates the center's cultural program, told Al-Monitor.

Members of the community were asked to contribute objects, photographs and personal memories. They are shown in glass cases, put in context with interpretative texts: the ram's horn blown for the Jewish New Year, Torah scrolls, birth certificates, school papers, sheet music, commercial posters and even Ukrainian money.

The narrative flows through thematic fragments chronicling first migration stories and then depicting the Ashkenazim's happy life in Istanbul: their synagogues and schools, their social aid associations and sports clubs, their high-quality shops and the sounds and flavors of their music and cuisine. A specific section tells the story of the 1942 Wealth Tax and the conscription of non-Muslims into labor battalions. Another one remembers “the Ashkenazim who contributed to science and arts in Turkey.”