Pressure increases on Israel's attorney general over case against Netanyahu

As tensions heighten with Israel's attorney general getting closer to deciding whether to indict Prime Minister Benjamin Netanyahu, some Netanyahu supporters are crying foul over police tactics during the interrogation of Nir Hefetz, a key witness, and claim that as a result of them the most serious charges against the prime minister should be dropped. 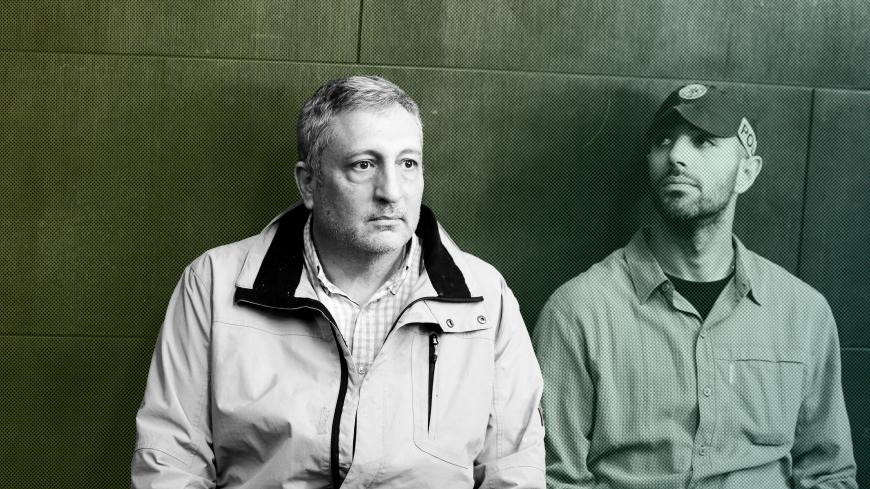 Even as Blue and White leader Benny Gantz struggles to break the impasse in his effort to form a government, Yisrael Beitenu leader Avigdor Liberman continues to rule out a narrow or minority governing coalition, and Prime Minister Benjamin Netanyahu insists on going first in any power-sharing agreement with Gantz, all eyes are nonetheless on Jerusalem. In a modest office on Salah al-Din Street, Attorney General Avichai Mandelblit is holding intense discussions with 20 senior-level attorneys before announcing his decision on whether to indict Netanyahu on charges of corruption.

The decision by Mandelblit at such a politically charged moment in time could be a game changer, a powerful push that will extricate the political wagon from the deep mud in which it is currently mired. With efforts underway to pull together a coalition government, a decision by Mandelblit to indict the prime minister — including on charges of bribery, a very serious offense in Israel — could be the impetus that forces some of the key political players out of their comfort zones. In other words, it could blow up the bloc of ultra-Orthodox and right-wing parties that have sworn allegiance to Netanyahu, prompt a rebellion within his own Likud, convince such stalwart right wingers as New Right leaders Naftali Bennet and Ayelet Shaked to defect to the opposing camp and even make Liberman ease up on the pledge he made to his voters to only join a liberal unity government without ultra-Orthodox and right-wing parties.

These are crucial days that will determine Netanyahu’s personal and political fate, and he is acting accordingly. His supporters and fans have been waging a powerful broadside campaign against the country’s legal and law enforcement authorities that has peaked with reports of pressure exerted on former Netanyahu aide Nir Hefetz to turn state's witness. According to the reports, during questioning, police investigators used brutal pressure tactics, including of a personal nature, to break Hefetz, the Netanyahu family’s communications adviser and a key witness in the influence-peddling investigation dubbed Case 4000. Netanyahu supporters claim that the use of material from Hefetz's personal life, including summoning associates not linked to the criminal suspicions against Netanyahu, constitutes a gross violation of Hefetz’s civil rights and crosses a redline. That, they argue, is what made Hefetz fold under questioning and what should invalidate the police investigation and render his testimony fruit of the poisonous tree that cannot be used to indict Netanyahu, at least not on charges of bribery, but maybe on more minor charges of fraud and breach of trust.

Netanyahu’s associates are ignoring the fact that his predecessor, Ehud Olmert, was convicted in 2014 on charges of fraud and breach of trust, losing his freedom and position at the top of Israel's power structure. In Netanyahu's thinking, if he can get the bribery charge off his back, he will emerge from slavery into freedom by defusing the most damning element of the state’s case against him. Surprisingly, he has managed to convince quite a few Israelis of this thesis.

The pressure being exerted on Mandelblit and his people continues to grow daily, almost hourly. Large demonstrations by Netanyahu supporters outside Mandelblit’s home in Petah Tikva, in suburban Tel Aviv, and calls to dismiss the state prosecutor, Shai Nitzan, and the prosecutor in the Netanyahu case, Liat Ben-Ari, also get louder with each political twist and turn. The situation has reached the point that personal protection is being considered for senior prosecutors.

Mandelblit realizes that Netanyahu is fighting for his life, ignoring every check and redline. The attorney general realizes the extent of the responsibility on his own shoulders. Mandelblit knows that he is grappling with much more than a simple case of bribery, that this is a watershed moment that could shatter Israel’s law enforcement system, robbing it of its independence and legitimacy. Can Mandelblit withstand the tremendous pressure he finds himself under, especially given the urgency of making a speedy and well-reasoned decision?

Mandelblit dreamed his entire life of becoming the state’s attorney general, which also entails being the government’s legal adviser. It is the pinnacle of many a jurists’ aspirations, a judicial position above all others except the country’s top court. If Mandelblit could turn the clock back a few years, he might not have fought for the job as he did.

“He has to be made of superhuman stuff to withstand the pressure he is under,” a source close to Mandelblit for most of his career told Al-Monitor on the condition of anonymity. “He was always an honest man who focused on facts and evidence, now he has to deal with political chaos and a system run amok, with people who have lost all self-control. He is aware of the onus of responsibility and will handle it.”

Mandelblit’s decision will undoubtedly affect developments in the political arena. Indicting an incumbent prime minister for bribery will have repercussions throughout the political system. Netanyahu is aware of this and is investing all his energies in preparing for every eventuality. He keeps convening the heads of the parties in his religious-right wing bloc providing him a protective umbrella, closing ranks and mobilizing reserves among his supporters in a desperate bid to influence public opinion. On the one hand, he has succeeded in keeping his political bloc together, but on the other, he is losing public support as people ponder who is to blame for the current political impasse. Recent polls indicate that if Israel is dragged into a third round of elections, most of the public will finger Netanyahu as the main culprit.

These are not encouraging circumstances for the launch of a third election campaign, but right now, Netanyahu does not have the luxury of taking that into consideration. He has no choice. He is playing for time, hoping for a miracle, and knows that if he runs for reelection a third time, he will ensure his incumbency for at least another six months. That appears a good enough goal for which to fight, and he is fighting.